Many dogs are amazing athletes and can run like the wind. A stray dog decided to join in on a half-marathon in his hometown in Australia. The friendly dog went over to the group of over 90 runners at the starting point to greet them. However, when the runners began to run, so did the dog.

Allison Hunter, a marathon volunteer, said, “This dog is walking around, making itself known to all the runners. We get the air horn out and say ‘Go’ and off he goes with everybody.” 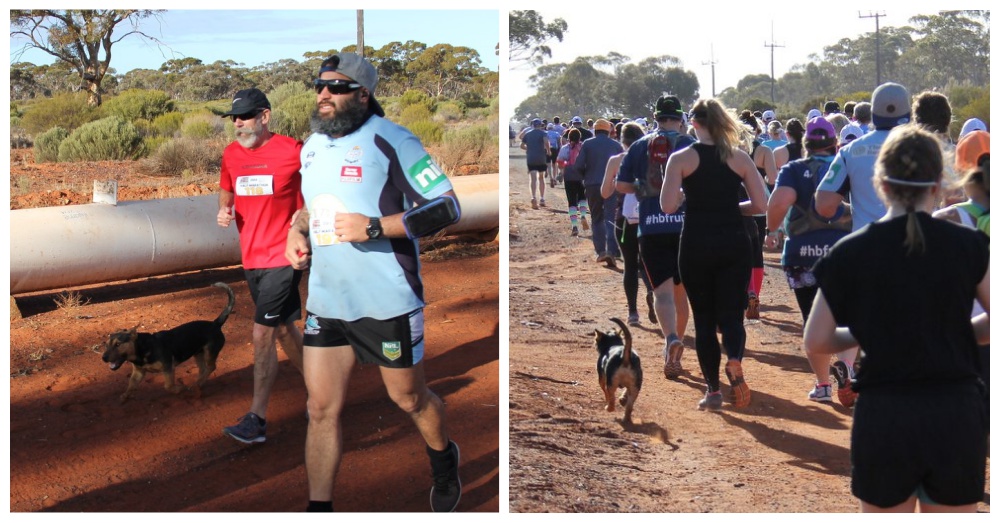 Stormy, as the dog is known in the community, is a stray that is usually seen around a nearby Aboriginal community. He spontaneously joined the race and kept pace with his human competitors. However, his build is not the typical runners frame. He has shorter legs and a longer body, but that did not slow him down.

At different spots along the race he would greet people and then continue on the race. He managed to finish the 21 kilometer Goldfields Pipeline Marathon race in two-and-a-half hours, which was the average time of the other runners. After he successfully crossed the finish line, he was greeted by the bystanders and runners. 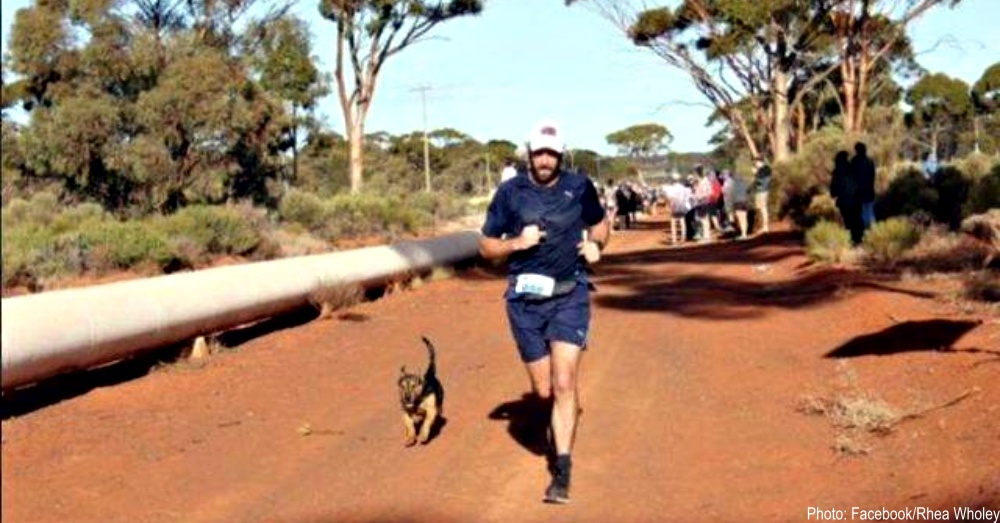 Stormy received a participant medal for passing through all the checkpoints and finishing the race. The adorable dog took the race at his pace by stopping and greeting people at the checkpoints. He left bystanders and other participants in awe of his stamina and athleticism. “He probably spent a fair bit of time at the different stations saying hello to everybody.” 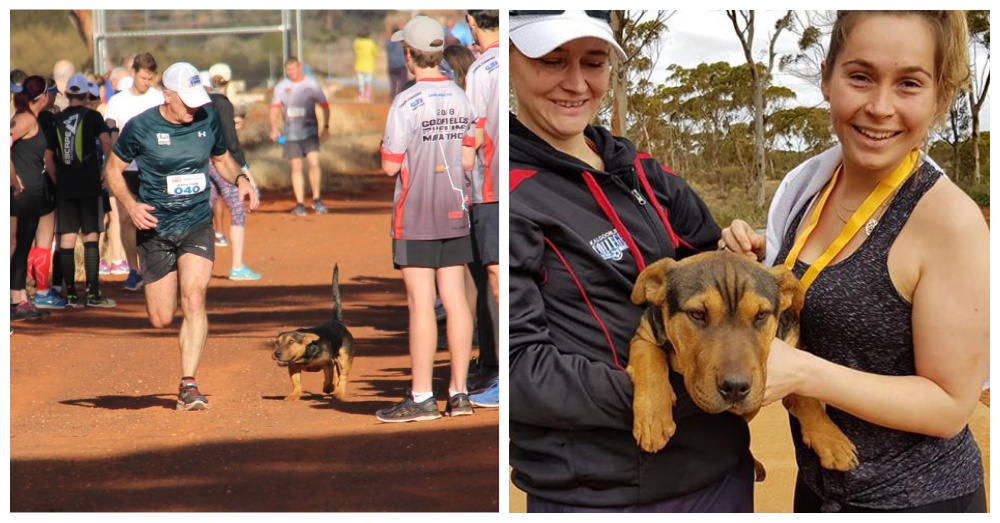 Sadly, instead of celebrating Stormy was brought to the pound by officials. The protocol is to hold a stray dog for seven days to see if an owner comes to claim. If no one claims Stormy, he will be put up for adoption. The sweet one-year-old mutt has many of his fellow runners interested in adopting him.

Whomever is lucky enough to adopt Stormy, will get an amazing running partner.

Fire Investigators In California Are Getting Help From A Furry New Friend: Click “Next” below!