For anyone who loves animals, it’s hard to pass up an opportunity to help a stray in need. That is why Hope for Paws, a rescue, jumped as soon as they heard about a stray dog that was hanging out on a school parking lot.

The terrified stray pup was also injured and needed help. When the rescuers arrived on the scene, they were met by someone who had managed to get in the dog’s good graces with some hot dog chunks. Using this method, they got a little closer. 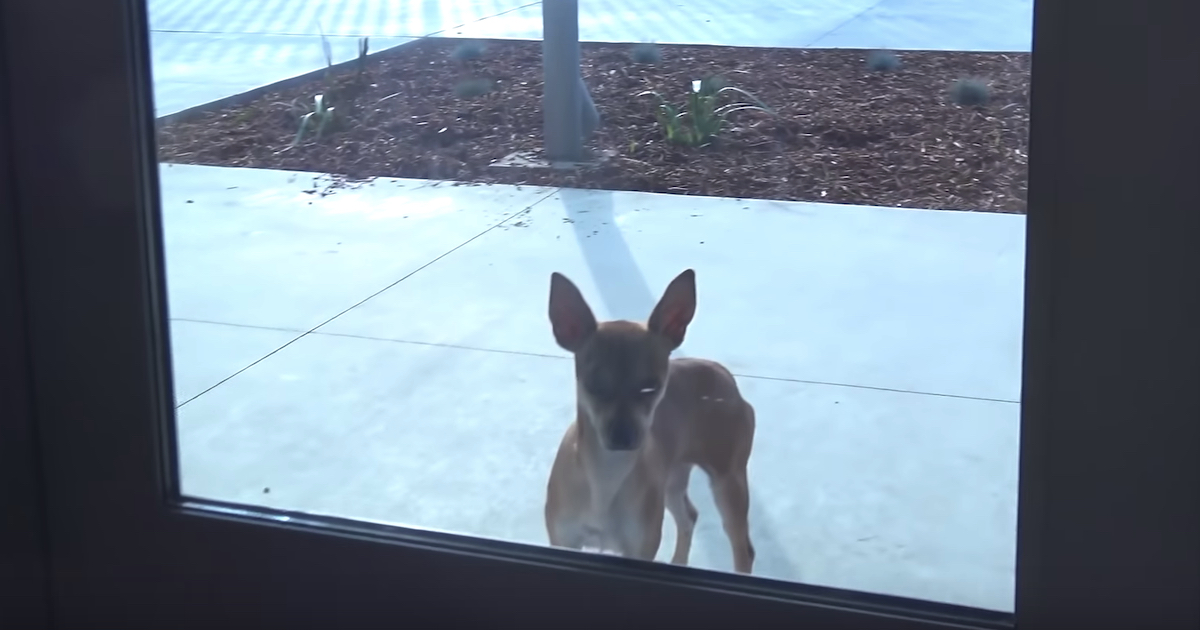 It became apparent that using a snare on such a nervous dog was not going to work. That is why they decided on a trap. But because the dog was too light to trigger a traditional trap, the crew had to be creative about how they went about it. That is why they added a water bottle into the trap for some added weight in order to make sure the dog got trapped inside. Their gamble paid off. The pup, Stauffer, had a microchip, but it turned out that the chip was a dead-end, meaning that Stauffer had to be put back in the foster care system where he then waited for his forever home.