A soccer match between The Strongest and Nacional Potosi was underway in Potosi, Bolivia, when a scruffy white dog ran on the field with a cleat in his mouth.

The dog playfully ran around the Hernando Siles stadium field and only paused to have his belly rubbed by the players. The interruption lasted three minutes before The Strongest player, Raúl Castro, picked up the dog and carried him off the field. 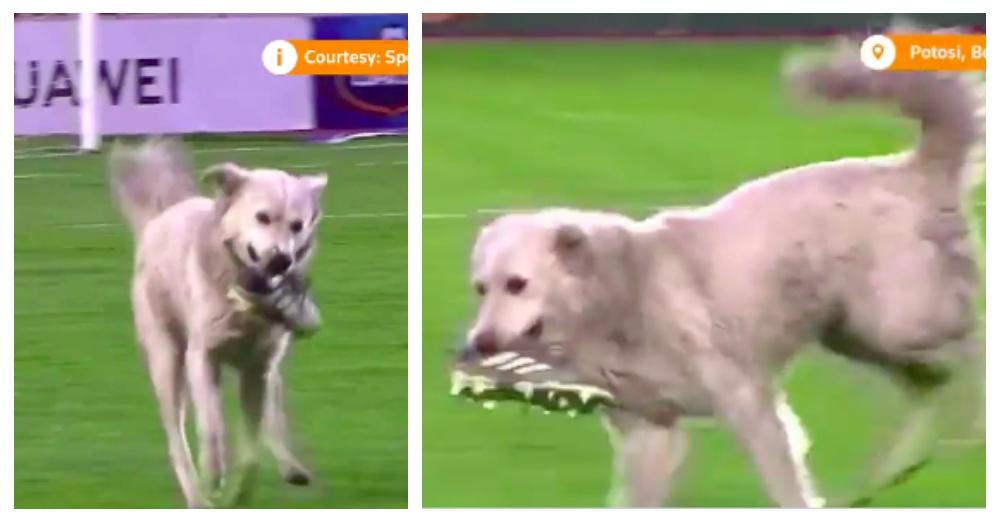 But those three minutes were some of the most entertaining. The announcers couldn’t resist laughing at the dog’s antics and exuberance.

The dog who is now being called “Cachito” has gone viral with the video being viewed nearly a million times. The match that took place on Christmas Eve is still being talked about and for good reason. 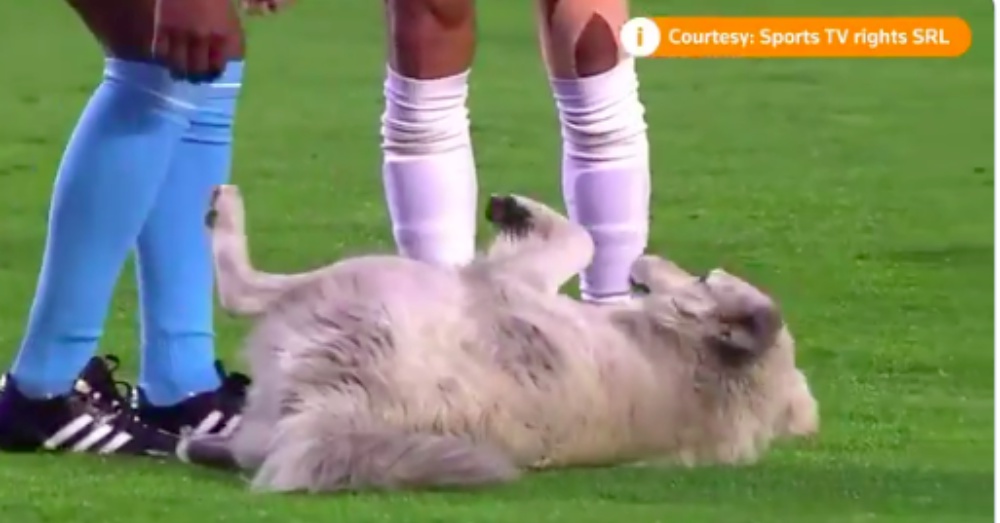 Cachito was taken to a local shelter and Pagina Siete reports that Castro plans on adopting the adorable pup. “I will adopt Cachito,” he said and plans on keeping the name chosen by the fans. 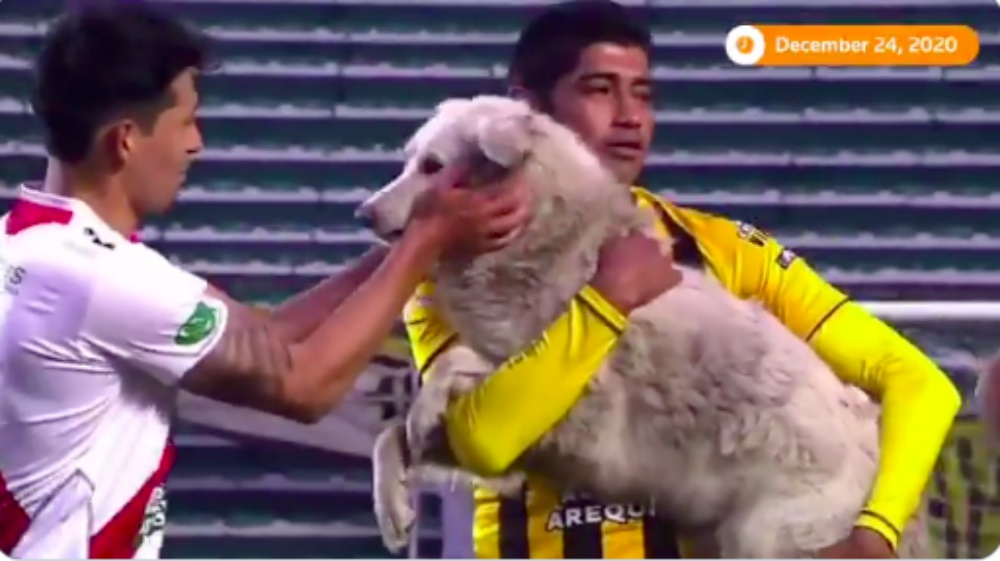 The Strongest won the match 3-0, so it was a win-win for Castro. He said he has already talked to the shelter and covered all medical costs for Cachito. He plans on bringing his new pal home when he returns from his tournament.

Watch the viral video below and don’t forget to share!