A stray dog is being hailed as a hero after guarding a Missouri toddler who somehow escaped from his house.

The pit bull and his young charge were spotted by a woman walking her own dogs around their St. Louis neighborhood. Although the protective pup was clearly guarding the child, the woman, who wished to remain anonymous, could tell something was wrong. “He looked well taken care of, he was very neat, very clean; he just didn’t have the shoes on,” she told Fox2News. 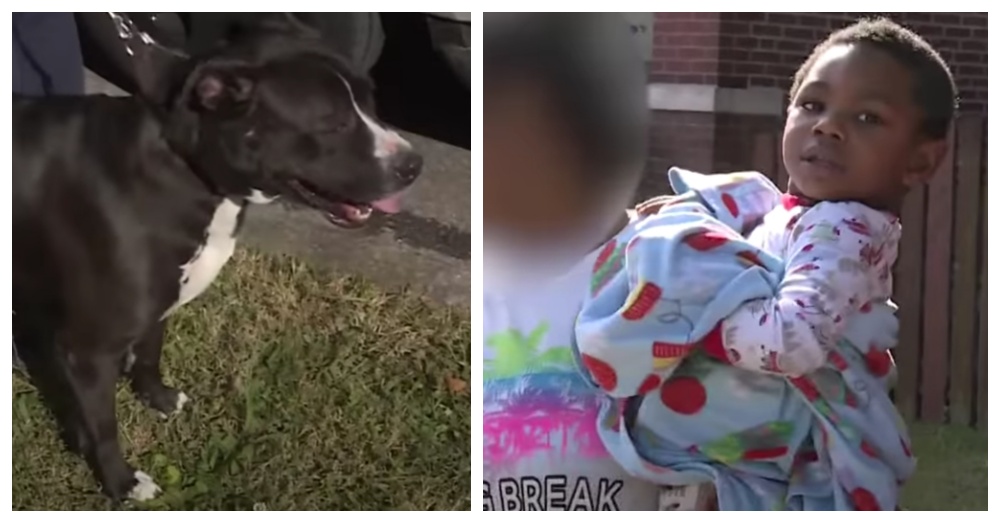 This Good Samaritan immediately began knocking on doors up and down the street, looking for anybody who might recognize the missing boy. “Knocked on the doors, no answers; no one who did answer, they didn’t recognize the child,” she said. Throughout it all, the loyal dog refused to leave the lost toddler’s side.

Finally, the toddler’s father noticed his son’s picture circulating on social media and reached out to the police, who helped the man reunite with his son and his canine caretaker. And while nobody knows how the boy escaped from his house, the neighbor woman has no regrets about helping foster this happy reunion.

“Because it takes a village and children, especially, are innocent,” she told the station. “It is important that we stick together, that we help each other, that we go back to the things that our grandparents and their community used to do. That we build a sense of unity.” 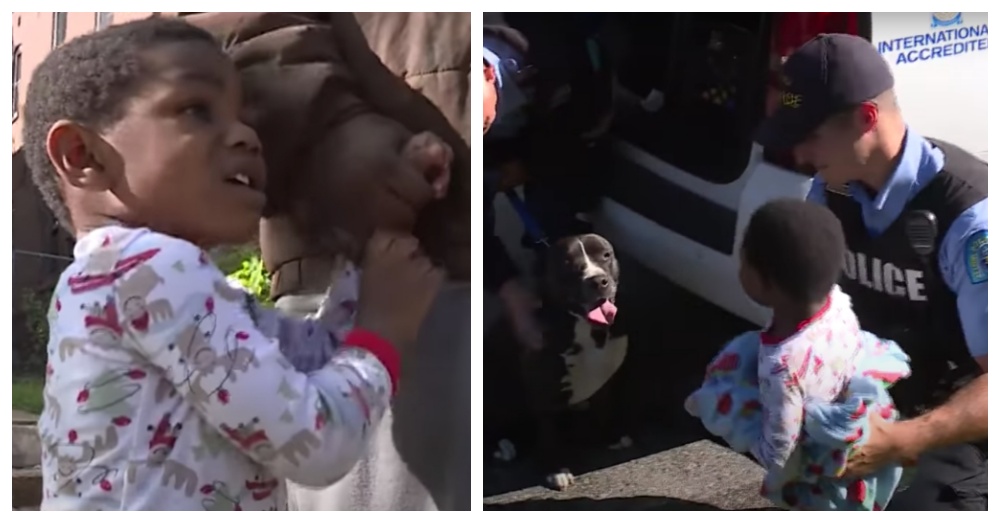 Regardless, the toddler’s canine protector clearly made an impression on the young boy, who kept repeating “puppy, puppy” when he was reunited with his father. The dog’s obvious empathy and protective streak also impressed local officers, who are considering adopting him into the St. Louis police department. This very good boy clearly deserves to become a search-and-rescue officer!

Find out more about this sweet rescue story in the video below!