Stray cats in Tampa, Florida, are being targeted by cruel person who is shooting them with a BB gun for fun.

Maria Matlack, Marketing & Public Relations Manager at the Humane Society of Tampa Bay, told WFLA, “There are a few that are being spotted just sunbathing laying around and they have these bullet wounds on them.” After receiving multiple calls about wounded stray cats, Matlack estimates that in one week, seven stray cats have been shot and three fatally wounded.

One of the victims was a three-month-old kitten named Flower. The Humane Society of Tampa Bay received a call from the person that usually feeds the stray kitten. Flower arrived with several bullet wounds and the medical team did everything they could to save her.

“Flower was shot in the upper right thigh, the bullet shattered her right pelvis, damaged the colon and lodged in her left leg,” shelter workers wrote on Facebook. “She had an infection surrounding the bullet wounds which caused an abscess. Our veterinarian, Dr. Boorstein went to perform surgery to insert a drain, but upon surgery, he found that Flower’s abdomen and tissue surrounding the gunshot wound was completely septic. We had no choice, but to euthanize her.”

Hillsborough County Animal Control and Tampa Police are actively looking for the person or people responsible for the heinous acts. Those responsible face felony charges for animal cruelty.

“We believe that this is not the first case and this will not be the last case if this person is not caught,” Matlack told WFTS. “This is a whole other level, somebody is intentionally shooting these cats for their own amusement. We are completely disturbed and disgusted by this behavior. We really want the community to step up.” 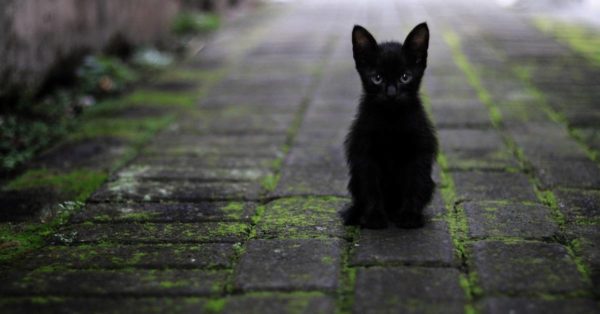 The Humane Society of Tampa Bay wants justice for Flower and all the other cats injured or killed, so they are offering a $1,000 reward to the person who turns the cruel individual(s) in. Anyone with information is asked to contact Animal Control at 813-744-5660.