When rescuers first met Harrow, the senior cat had been resigned to life on the streets after his owner passed away, leaving the old tabby suddenly homeless. But the loyal feline kept returning to his old house, looking for his former family. This went on for years.

By the time Harrow wound up at LA’s Alley Cat Rescue, the old cat’s long life on the streets was starting to catch up with him. “He had stomatitis, liver disease and his teeth were broken off,” rescuers told Love Meow. The poor cat was also covered in matted fur, suffered from a severe upper respiratory illness, had yet to be neutered, and his ears had been deformed by infection. 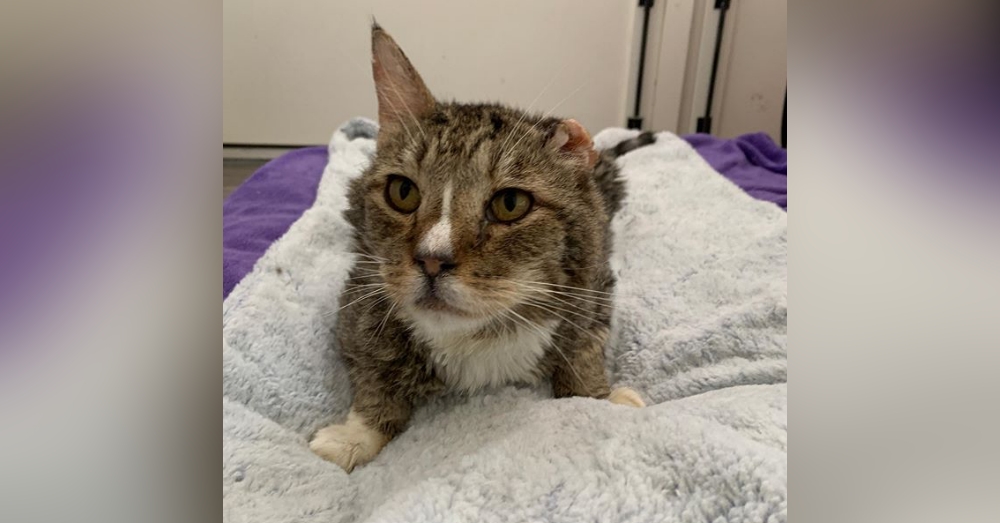 But despite his rough condition, the old cat was still very sweet and grateful to rescuers who’d finally saved his life. “He purred throughout his exam at the vet and talked to the staff at the clinic,” rescuers recalled.

To help boost his spirits, rescuers paired the old grandpa cat with some foster kittens to keep him company while he recovered in foster care. This instantly cheered the old cat, who clearly relished the opportunity to play foster grandpa for rescued kittens in desperate need of a role model. 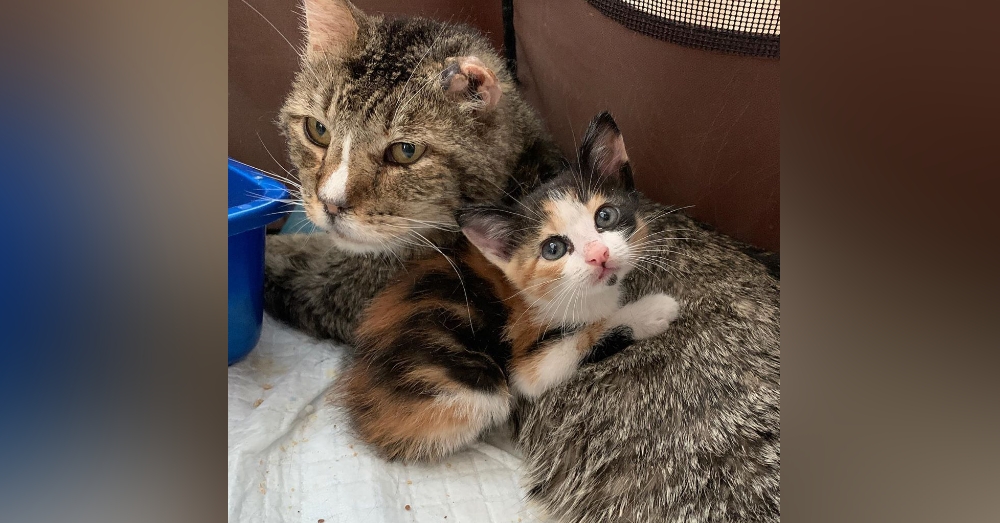 The kittens quickly grew to adore Grandpa Harrow, who became their go-to for comfort and cuddles, exhibited endless patience, and even settled the occasional kitten squabble. Some of these kittens were so starved for familial affection that they even tried to nurse him!

Nowadays, Harrow has become a full-time foster grandpa, which has clearly brought purpose and joy to this old cat’s golden years. “Harrow always wants to be near the kittens,” rescuers said. 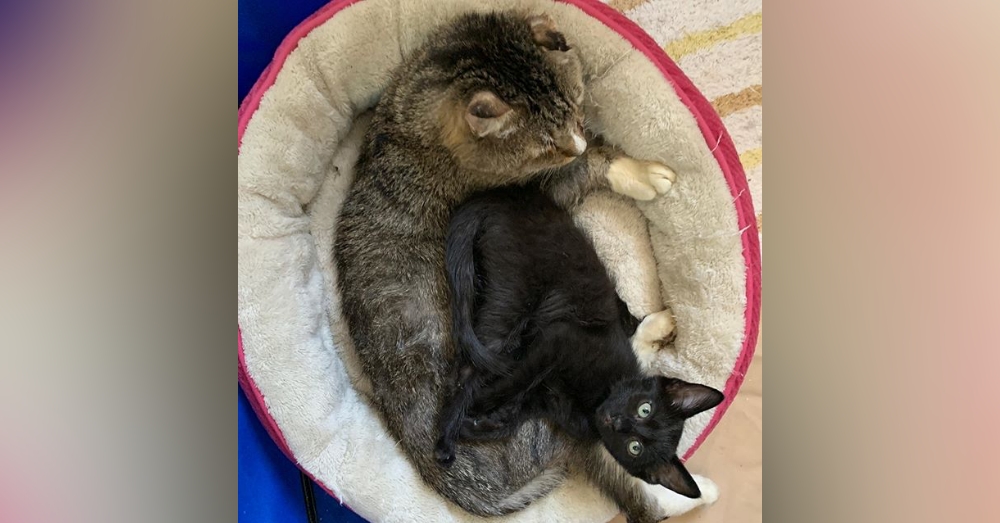 But the affection is clearly mutual. “The kittens are happy to have a purring warm kitty to snuggle,” staff noted, adding that the old cat has already helped shaped countless kittens into model candidates for adoption. “They climb all over him and run around his feet when he eats,” they told Love Meow.

You can find out more about Grandpa Harrow by following him on Instagram.