Residents near Broad Cove in Massachusetts witnessed a huge dorsal fin sticking out of the water and immediately phoned the police. However, it was not a shark or injured seal, but a giant sunfish doing “normal sunfish activities”.

Sunfish, also known as mola, are often seen basking in the sun on their sides and flopping their dorsal fins. They are the world’s largest bony fish, weighing nearly 5,000 pounds, and are extremely slow moving. They are completely harmless to people but are often mistaken for sharks from afar. 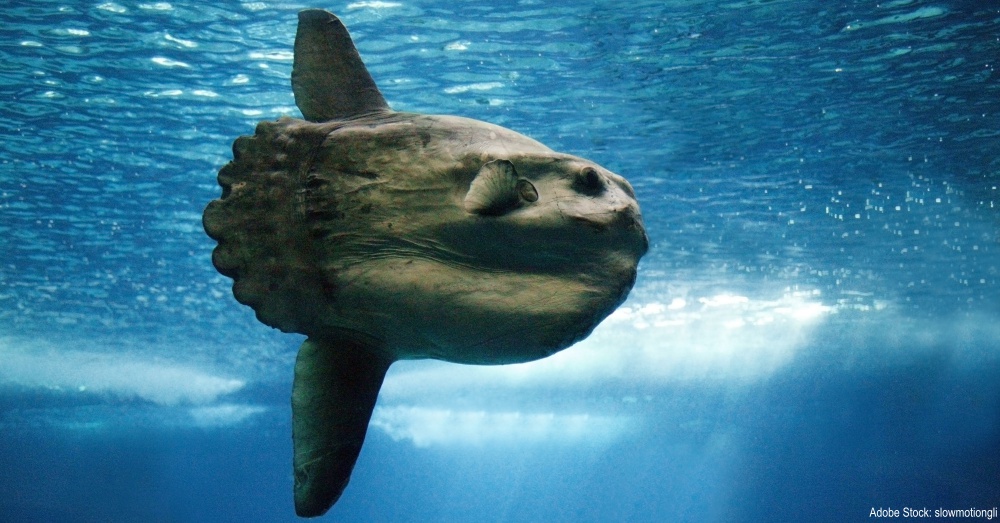 Local officials have been inundated with calls about the sunfish in the area and are asking residents to “PLEASE STOP CALLING THE POLICE DEPARTMENT ABOUT THIS SUNFISH!!”

Officials went out and checked on the fish after the first sighting and reported that the sunfish is not injured and doing well. Wareham Department of Natural Resources posted, “Its swimming. It is not stranded or suffering. The sunfish is FINE. Don’t be jealous just because it’s not swimming weather anymore!”

Locals and people from around the country couldn’t resist commenting on the post that made them smile. Here are just a few of the comments:

“So what your(e) saying is ..there is a big fish doing fish stuff in the ocean ..thats Weird.”

“‘But it looks strange-‘
‘It’s a sunfish, ma’am.’
‘But it’s gasping for air-‘
‘No, ma’am, they all do that. Normal behavior.’
‘But…but now it’s floating on its side at the surface with one fin, like, waving at me-‘
‘SUNFISH ARE JUST WEIRD, MA’AM. And there’s nothing the Wareham DNR can do about that.’”

“Can someone call and check that this request to stop calling is legit?”

Sunfish are elusive according to Marine Biologist, Tierney Thys, so people should enjoy the rare sighting.

Learn more about the “swimming head” fish in the video below and don’t forget to share.