Balloons Releases Are Killing Animals And Polluting The Environment

Balloons are used to celebrate a range of occasions and released at weddings, funerals, graduations and sporting events. However, what people do not think about is where those balloons end up. They are polluting the environment and killing marine and wildlife.

No matter what material the balloon is made out of it poses a danger to animals. The string that is attached will eventually make its way back to the ground and is often mistaken for food. Marine life sees the deflated balloon, which closely resembles a jellyfish floating in the water and eats it. 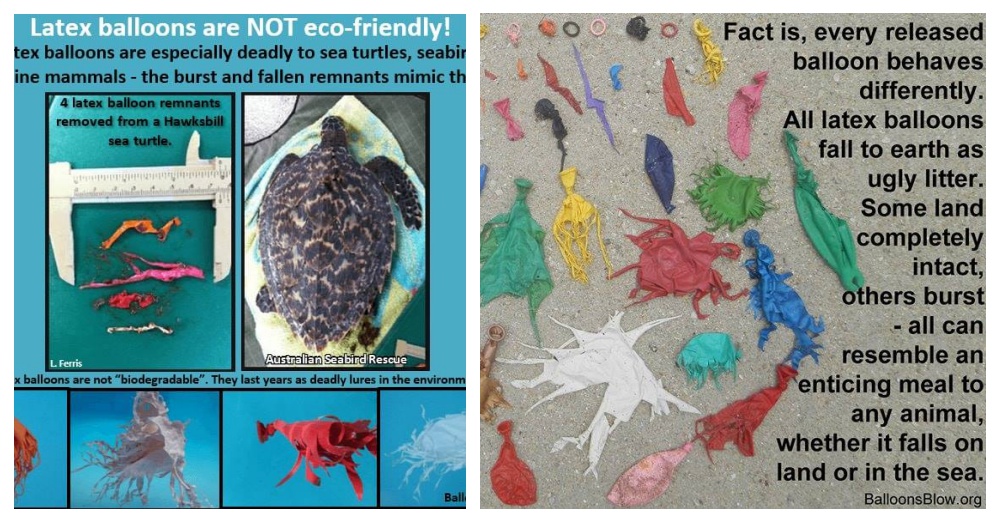 Every year countless animals die because of balloons. Dolphins, turtles, birds, sheep, cows and dogs have all been killed by them. The animal either starves to death after consuming a deflated balloon that blocks the animal’s digestive tract, or becomes entangled in the string and unable to move. 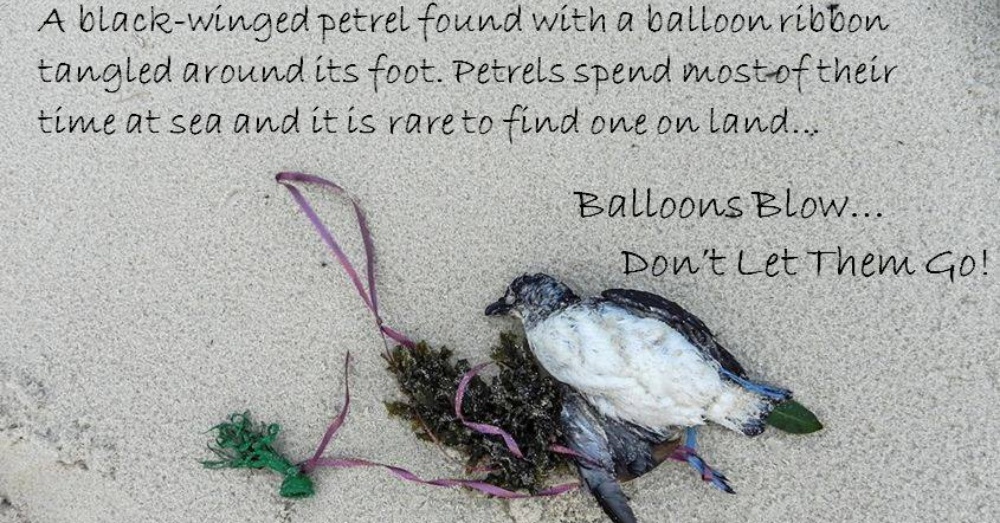 A study performed by the University of Tasmania found, “Balloons are the highest-risk plastic debris item for seabirds — 32 times more likely to kill than ingesting hard plastics.”

Balloons Blow is a nonprofit that is striving to educate people on the dangers of balloons and encourage people to honor loved ones in a less harmful way. They said, “Beach litter surveys have shown the amount of balloons and balloon pieces found on the beach have tripled in the past 10 years.” 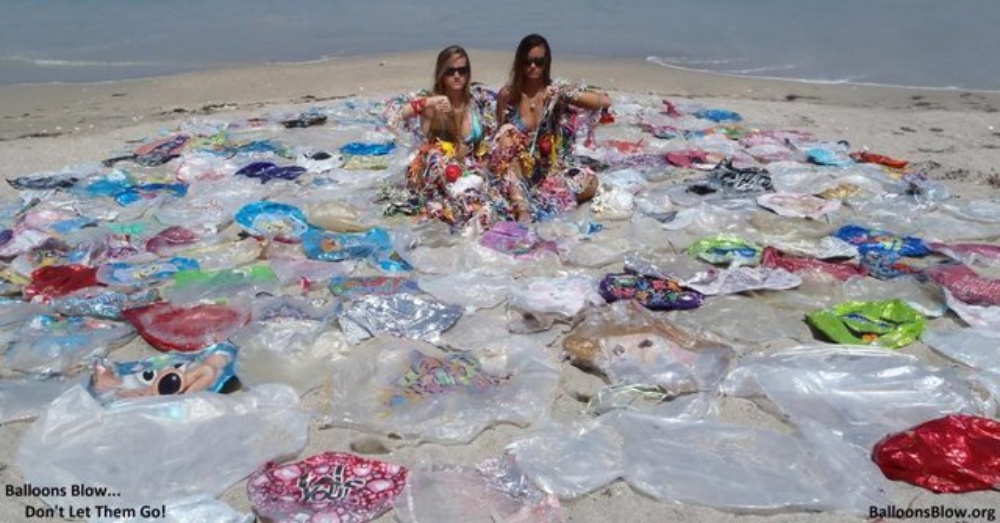 Balloons take years to break down, even the latex ones labeled “biodegradable”. Balloons that are released fall to the ground after traveling thousands of miles and become litter. Activists believe that balloon releases should be banned under litter laws because that is essentially what it is.

Danielle Vosburgh, founder of Balloons Blow said, “Our garbage shouldn’t outlive us. People are turning the environment into a landfill, and it’s mainly the animals who are being harmed.” 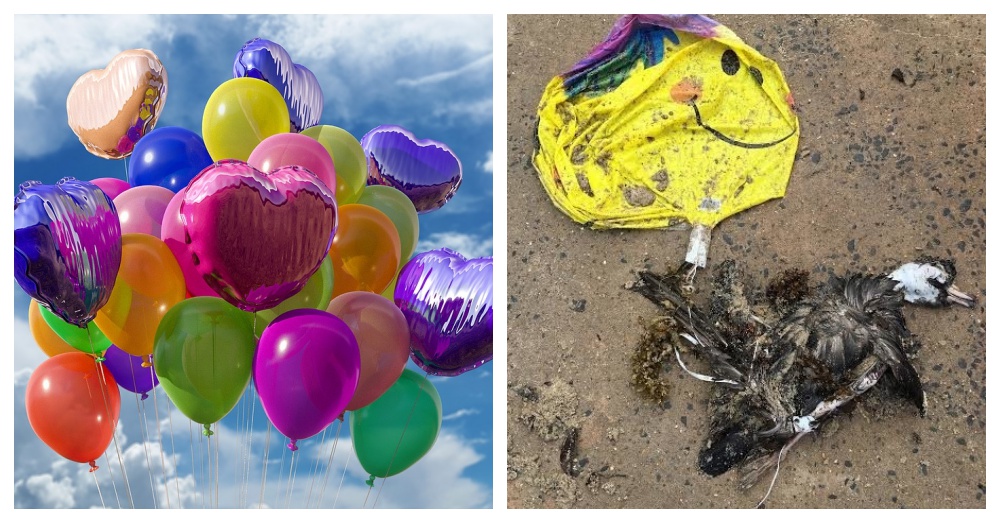 There are many other ways to celebrate that help animals and the environment, instead of destroying it. Here are a few environmentally-friendly alternatives: 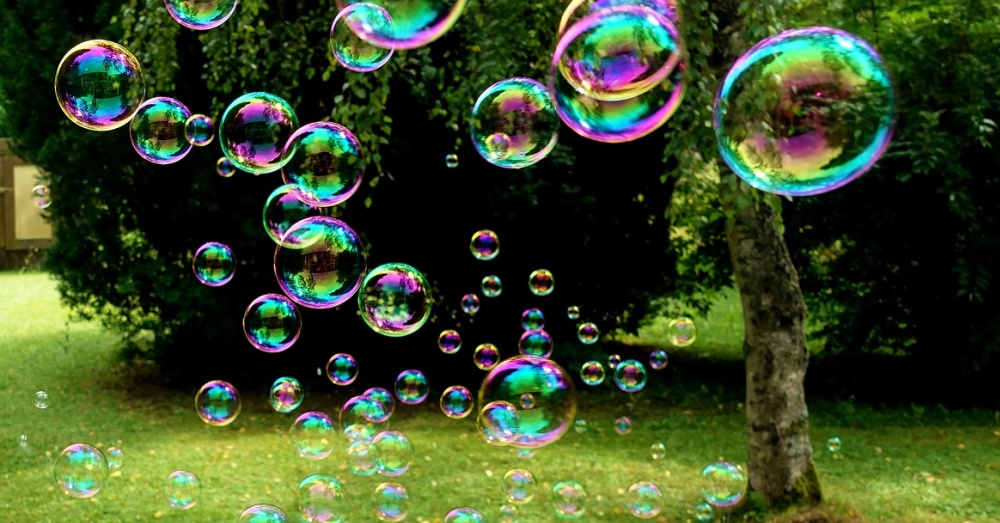 While people’s intentions may not be to litter or harm animals, that is exactly what they are doing when they release balloons. Share this so we can educate more people and end balloon releases.

Wild Horse Nearly Chokes On Balloon Ribbon: Click “Next” below!