Rescuers were heartbroken when Boomer, a 2-year-old German Shepherd, was stolen with 3 other dogs from a Virginia shelter. Naturally, there’s never a good time for a dog to be stolen, but Boomer had just been diagnosed with a deadly condition that required urgent medical care. The timing of this particular dog-napping just couldn’t be worse.

Vets had recently discovered Boomer had a very serious case of heartworms. “Our hearts sank when his test came back quickly with a strong positive,” shelter staff wrote on Facebook after his diagnoses. “This one to two-year-old is infected with deadly heartworms growing in his heart and lungs. We are devastated for him.” 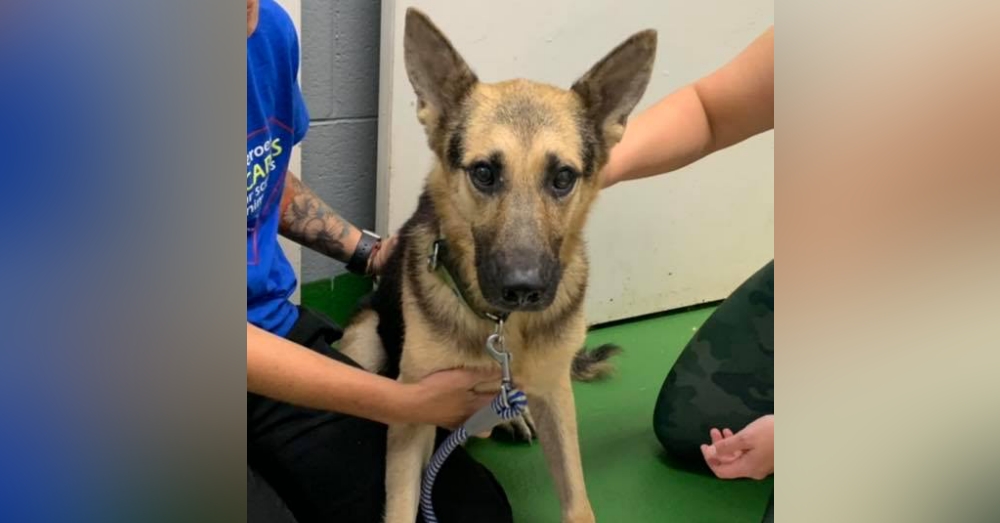 But before the dog could begin treatment, Boomer became the first of 4 dogs bizarrely stolen by thieves who broke into the Virginia shelter. Three of the stolen dogs would later turn up safe in town, but Boomer — the only pup with a pressing medical issue — sadly wasn’t among them.

Shelter staff regularly posted about Boomer on Facebook, pleading with residents to keep an eye out for the sick dog. Police tried to identify the dog thieves based on the shelter’s security camera, but the image was blurry. Now rescuers’ only hope was that somebody might recognize Boomer and call in his location. 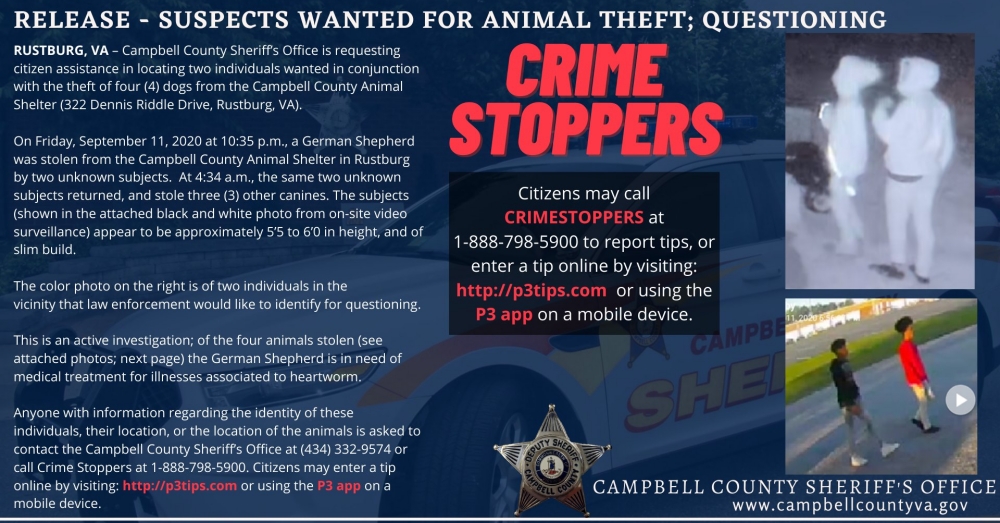 Fortunately, this social media blitz seems to have worked, bringing this strange case to a happy conclusion. Boomer was finally recognized by a woman who had seen the dog’s picture on Facebook, where it was widely widely shared by worried residents, and called the shelter. Staff rushed to set a humane trap in the yard and bring the skittish dog in.

“We are so grateful to the community for helping us, encouraging us, and sharing our posts!” grateful shelter staff wrote on Facebook. “A huge round of thanks to the family who spotted him in their yard and allowed our animal control folks to set a humane trap in the back of their yard so he could be safely retrieved.”

BOOMER is safely “home!” We are so grateful to the community for helping us, encouraging us, and sharing our posts! A…

Luckily, Boomer didn’t seem to sustain any additional injuries while he was away, other than a couple of minor scrapes on his feet. “Amazingly, he was dry, as the trap had been covered, and his only issue that we can see is that he is hungry!” rescuers wrote. “We are thrilled that we can now get him started on his heartworm treatment meds and pick up where we left off.”

Congratulations, Boomer! We’re so glad you’re finally safe and going to get the medical treatment you deserve.