“I was driving to work and saw cars in front of me passing over something in the road, and realized it was a kitten sitting upright shaking like a leaf,” Chuck told Love Meow. 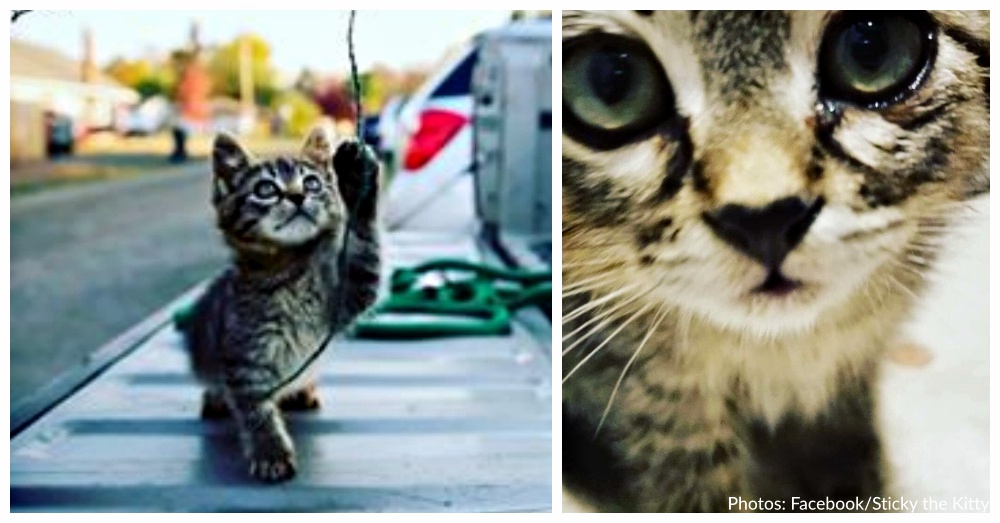 The kitten appeared to be stuck and unable to move. Other vehicles were simply maneuvering around the helpless kitten instead of helping. Chuck refused to leave the scared kitten in the middle of the road. He put his hazard lights on and blocked the lane, so he could get out and save the kitten.

He reached down to pickup the kitten and noticed it was covered in glue. What monster would glue a kitten to the road?! “She was wet, freezing and literally glued to the road,” he said. 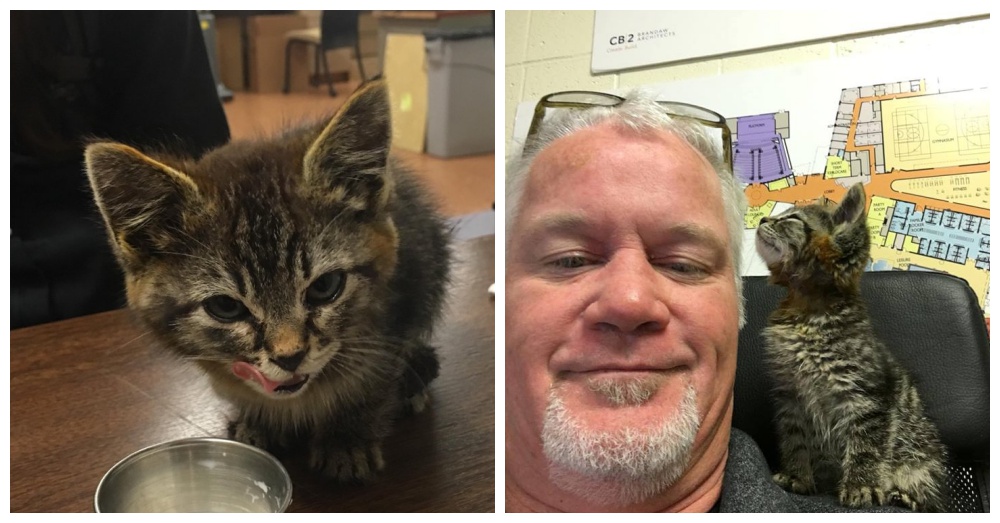 Slowly and with extreme caution he removed the kitten from the pavement. The kitten was shivering so he tucked her in his jacket and headed for his vehicle. Once they were safely inside the car, he noticed that the kitten’s paws were tender.

“She was too sticky to really move when I got her off the road but once she was cleaned up, my shoulder was where she wanted to be,” states Chuck. 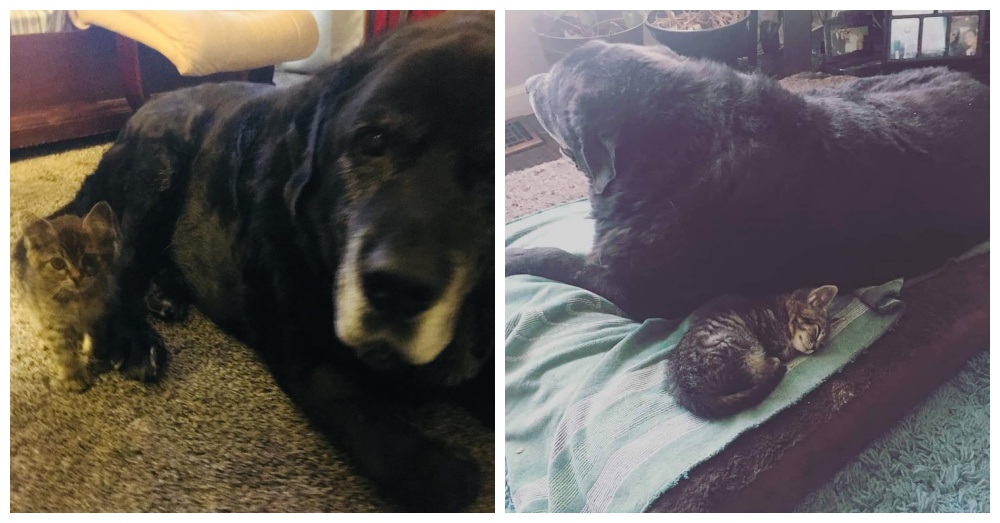 He brought the kitten to Silver Creek Animal Clinic to have the remaining glue removed and her paws treated with mineral oil. She was finally safe and she thanked her hero with unlimited purring and meowing. Chuck already knew that he was going to keep the sweet tabby. “We are definitely keeping her. My wife has named her Sticky.”

The 5-week-old kitten adjusted quickly to her new home. She quickly took to the family’s black lab, Jojo. Recently, the family was talking about adopting a kitten, but fate stepped in and they found Sticky. “I feel like I did the normal human being thing, and everyone should have stopped to help her,” Chuck said. “She’s a super lover and purrer. She slept between my wife and me last night.”

Thank you for saving the adorable tabby. You are a hero! “She went from the worst luck ever to the luckiest kitten in the world.”