Senior Dog Left Behind When His Family Moved Was So Hungry, He Ate Rocks To Survive

Hope For Paws received a call about a senior dog who was abandoned by his family. The family moved away a year ago and left their dog alone on the streets to fend for himself.

The dog was so depressed and remained at his owner’s house, waiting for his family to come back for him; but sadly, that day never came.

HFP volunteers Lisa Arturo and JoAnn Wiltz went to the house to try and find him so they could help. When they got there, they found him hiding in the crawl space of the house. He was so afraid and ran away as soon as they came near him. 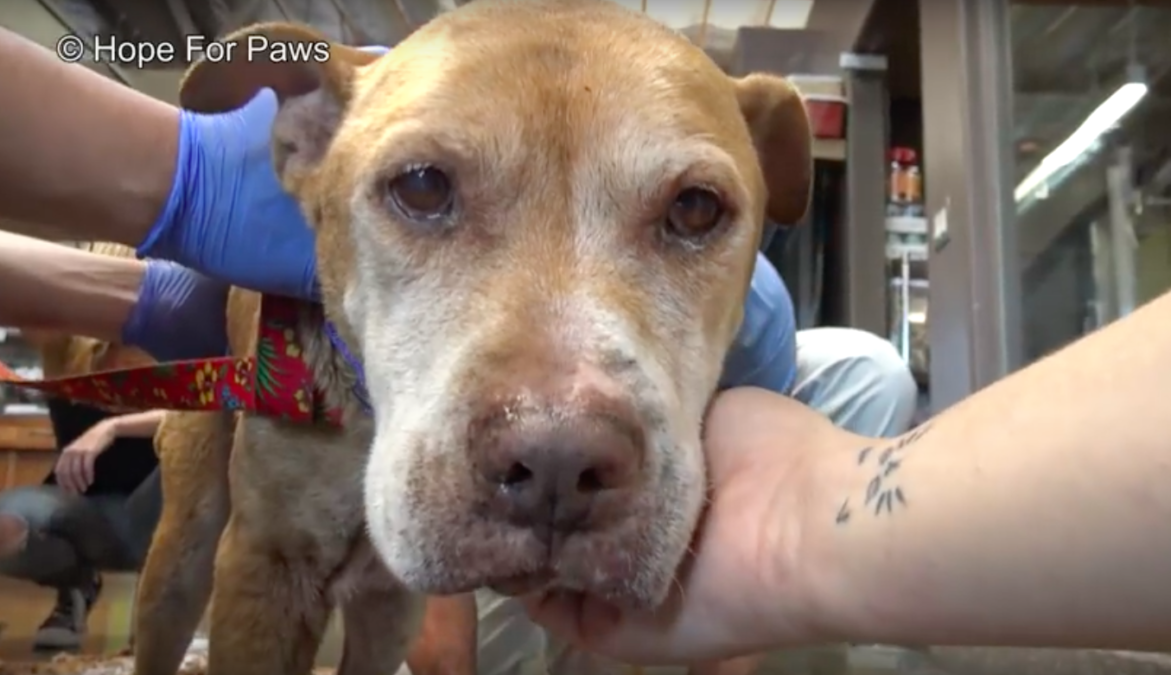 Eventually the dog came back toward the house, and the volunteers were able to get him before he ran away again. He was visibly frightened and stressed out, and did not initially realize that these people were there to help him and get him out of this horrible situation. 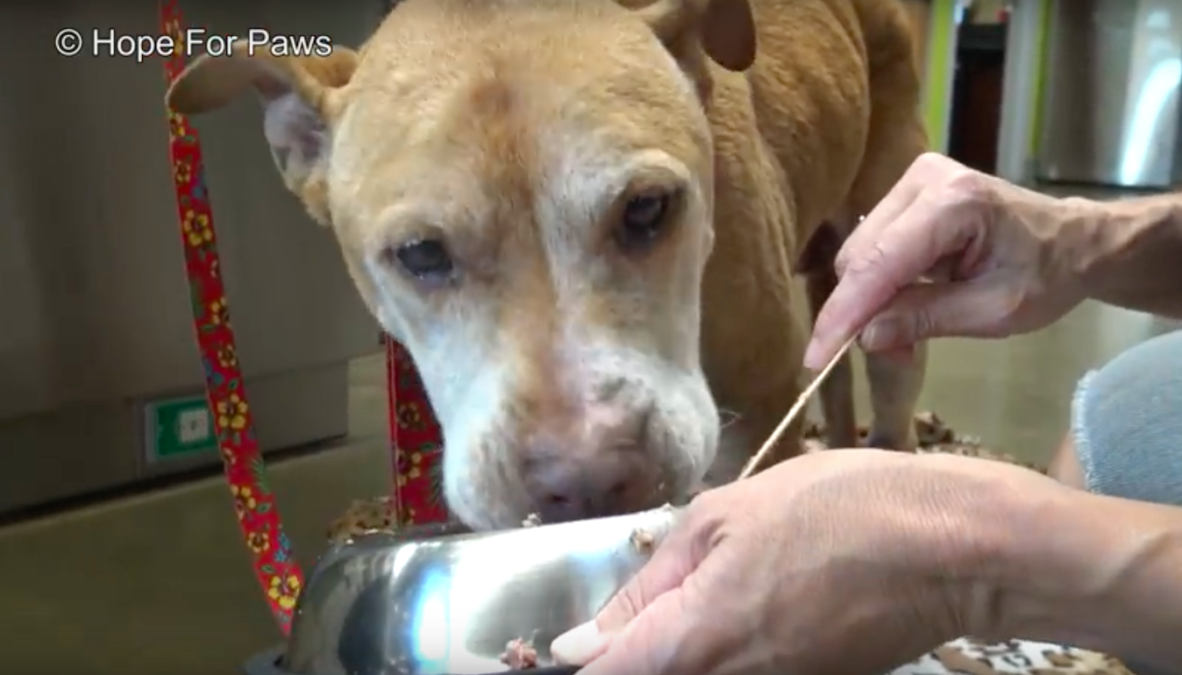 They named him Stewie, put him in a crate and carried it into the car so that they could take him back to their animal hospital. Although he was scared, he was very friendly and affectionate. This was probably the first time he was getting love and attention in a long time. 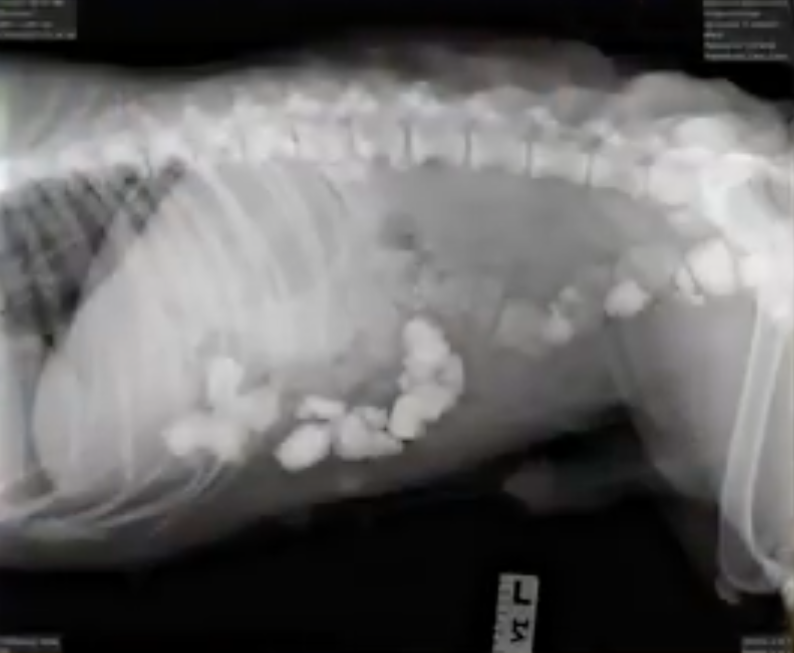 The vets examined him and gave him an x-ray. Much to their surprise, the x-ray revealed rocks in his stomach. Poor Stewie was so hungry that he had eaten rocks to survive. And if that wasn’t bad enough, they also discovered multiples tumors on his body when they were giving him a bath. Thankfully the tumors were benign, and the vet successfully removed them all. 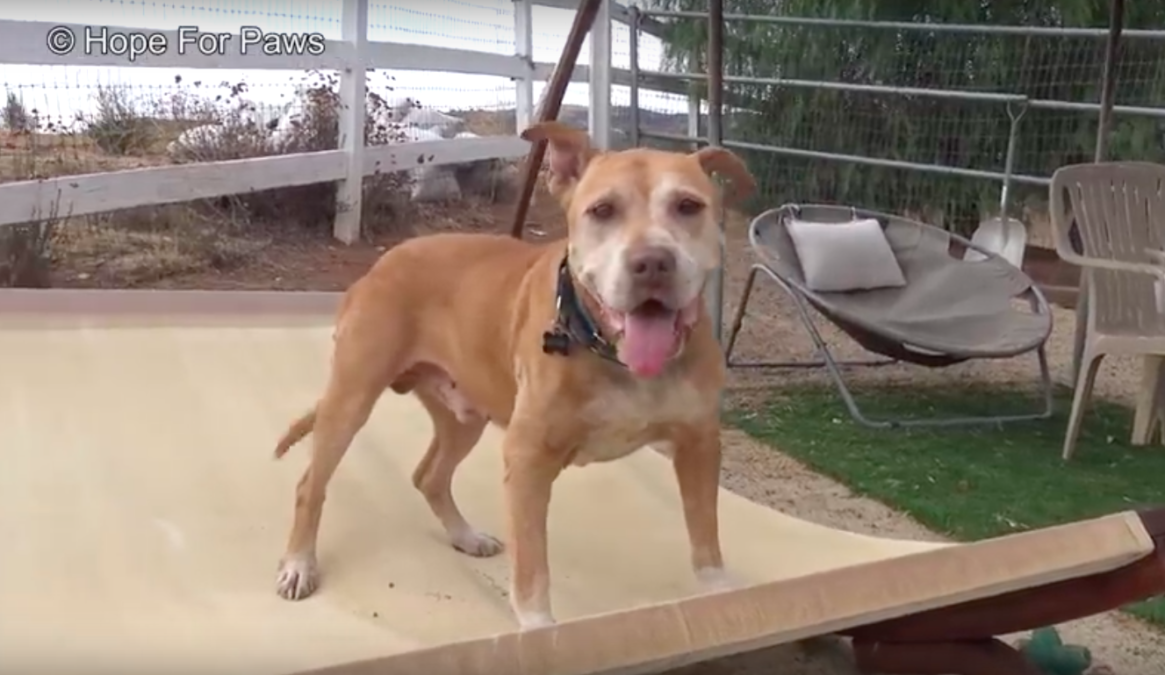 After they bathed him, they gave him food which he ate right up. It was probably the first real meal that he had in a long time. Once he was feeling better, he went to live with a foster.

Once in foster care, Stewie began to break out of his shell. He was finally getting the love and care that he deserves, yet was neglected of for so long. Stewie is a very happy dog and gets along great with other dogs. Although he is a senior, he is still young at heart! If you’re interested in adopting Stewie, visit www.GrandPawsRescue.org.