How far would you go to save your pet?

Tony Stevens measures his loyalty in feet. About 20, to be exact, with the last few buried under putrid human waste.

After Stevens’ Tibetan terrier Bramble fell into an uncovered sewer shaft, the 59 year old followed. Unfortunately, he managed to break shin and ankle bones in the process, the Sun reports.

Stevens’ wife Karen called emergency responders, including four ambulances, three fire crews, and a search and rescue team. They retrieved Bramble without incident, but bringing his owner back to the surface was a little more involved. 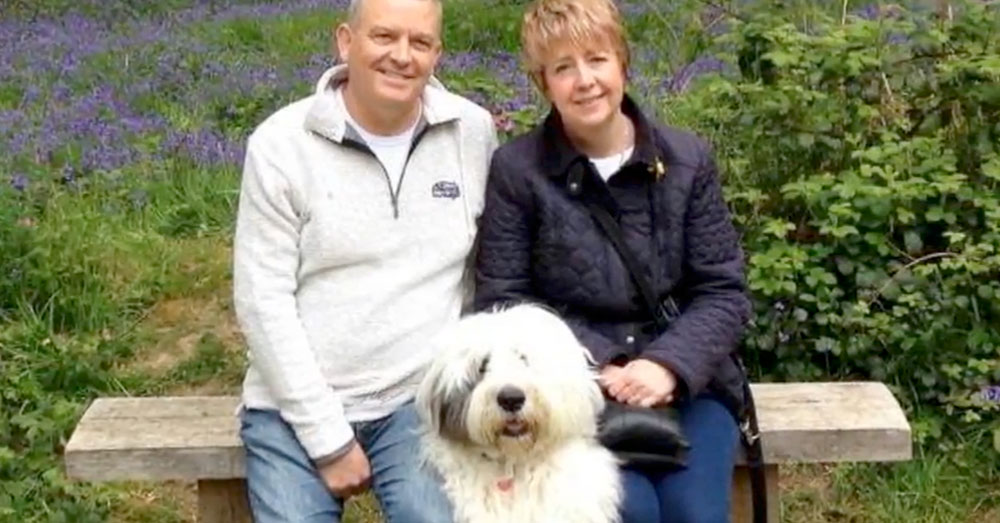 “He reached into the water and pulled Bramble out but then he shouted back up that he thought he had broken his ankle,” Karen said. “He sat there holding Bramble but there was no way to get them out. In the end, the emergency services came with 14 vehicles.” 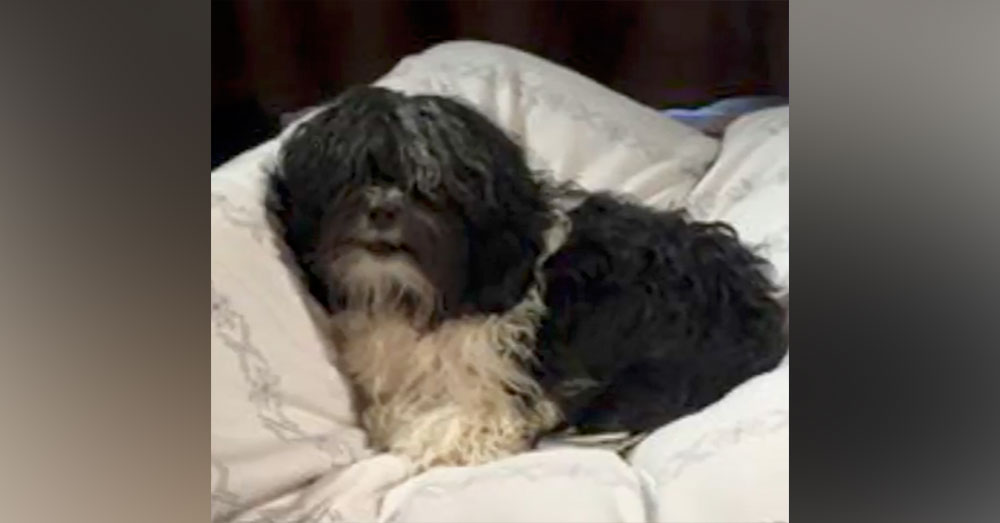 Luckily, with so many prepared professionals own the scene, at least one of them was equipped with a winch, which they used to extract the stinking Stevens.

“Tony loves our dogs and would do anything for them,” Karen told the Sun. 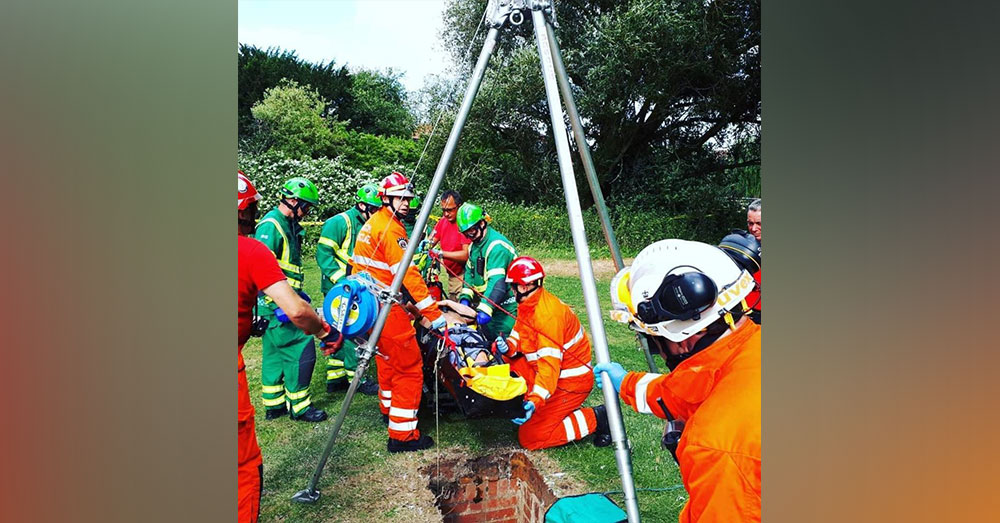 Two-and-a-half hours after he went into the sewer, Stevens emerged.

The couple had been walking Bramble and their Old English sheepdog Poppy through a field in east England when the accident occurred. Storm water had previously washed the manhole cover away, exposing the sewer shaft, and setting the Stevens up for mishap. 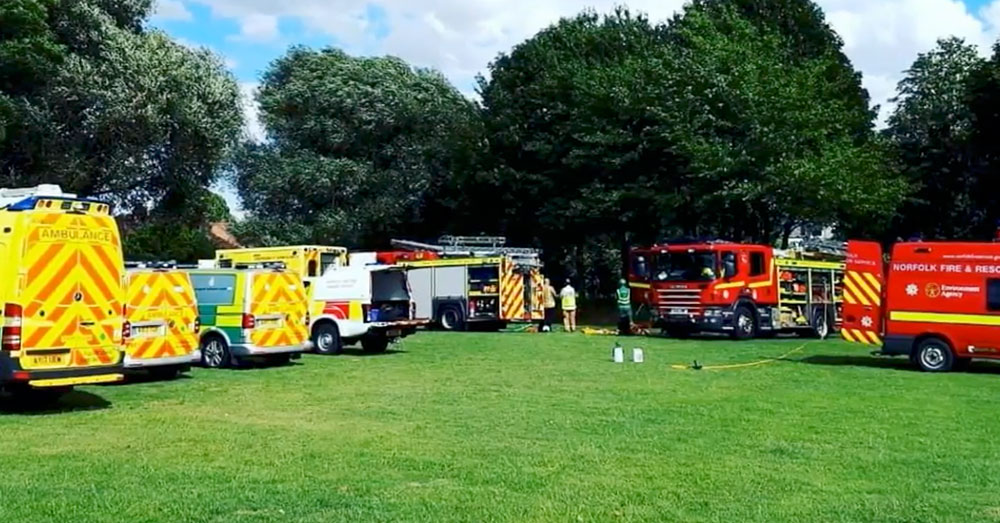 Source: YouTube/NEWS UPDATE
In all, 14 emergency vehicles showed up for the rescue.

Stevens is now recovering at a nearby Queen Elizabeth Hospital in King’s Lynn, nursing his leg and hoping he’ll never have to jump down into the Norfolk sewers ever again. Even when the professionals do it, they’re advised to wear biohazard suits. 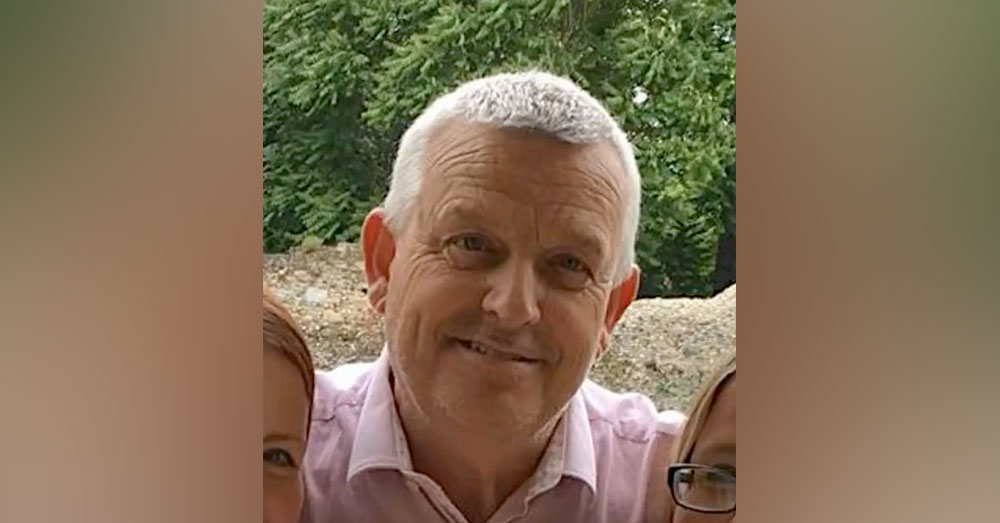 Source: YouTube/NEWS UPDATE
Steves is much happier above ground, and out of the sewer.

“The paramedics were saying that they are always telling people that they should not put their lives in danger to rescue their pets, but at the same time they all said they would have done the same thing,” Karen told the Daily Mail. “When you hear your dog screaming its head off, you do whatever you have got to do to save it and you don’t think of the consequences.”