The Dog Who Plays Stella On Modern Family Has Died

Stella was the French bulldog who played Stella in Modern Family while the show was on the air. Unfortunately, Stella has died only weeks after the final episode of the show was filmed.

According to The Blast, Stella, whose real name was Beatrice, was 10 years old when she died.

Jesse Tyler Ferguson, one of the actors from Modern Family, sent out the Tweet of a picture showing her with the pooch. She wrote, “Rest in peace sweet Beatrice. We love you so much.” 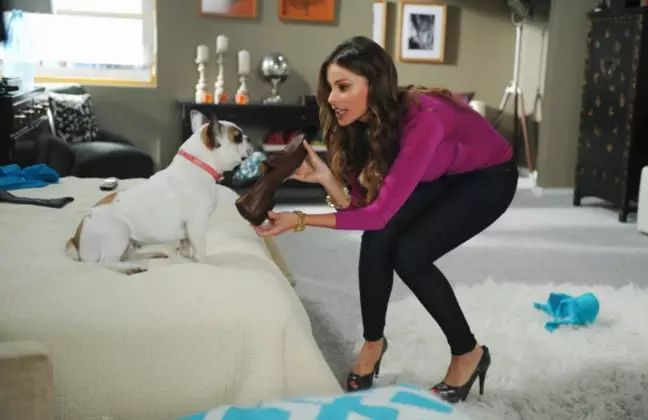 On the show, Stella was the pet of Jay Pritchett, and was spoiled by him. Ed O’Neil was the actor who played Pritchett. It seems as if the two had just as close of a bond offscreen as they did on screen.

They said, “Ed O’Neill is in love with her! It’s very easy working with him because he brings Beatrice treats like popcorn and always looks out for her – like we’ll be doing scenes in the backyard by the pool and in between takes he’ll say, ‘Would you please get Beatrice an umbrella, she’s in the sun!'”

Beatrice was the canine actor who played Stella from the four seasons right until the very end. She also appeared in Workaholics and Crazy Ex-Girlfriend.

Modern Family was on the air for 11 seasons. The final episode will be airing within the coming months.

Rest In Peace sweet Beatrice. We love you so much 😭 https://t.co/kYzkl1m3ye pic.twitter.com/aGZZWH695g

There have been a number of celebrity cameos over the years, but a recent episode was able to score 2 big stars.

Courtney Cox and David Beckham were both on that single episode.

The stars portrayed themselves on the show, ending up in a hot tub with each other along with Cam (Eric Stonestreet) and Mitchell (Jesse Tyler Ferguson).

ABC sums up the episode: “As everyone spends the day at Alex’s fancy new apartment building, The Prescott, Luke (Nolan Gould) and Manny (Rico Rodriguez) manage to find themselves in a mix-up with Higgins (guest star Stephen Merchant) that might have them hanging out with guest stars David Beckham and Courteney Cox.”

David Beckham was thrilled to be invited on the show, saying, “I’m here in LA on the set of Modern Family, which I’m really excited about. I’m not just a massive fan, but to be here and to be playing a part – that’s really incredible, so I’m really excited.”