“Quarantine baking” has become a popular way for people cope with the stress of the novel coronavirus pandemic. But pet owners carry the additional burden of keeping their pets out of the cookie jar, a task that often achieved only with varying degrees of success.

When Kara Probin’s stress baking projects kept disappearing, the Welsh woman thought she knew which of her dogs was to blame. Of her two German shorthaired pointers, Winnie was larger and greedier than her sister River. Plus, the dog always looked extremely guilty when Kara’s baked goods continued to mysteriously disappear. 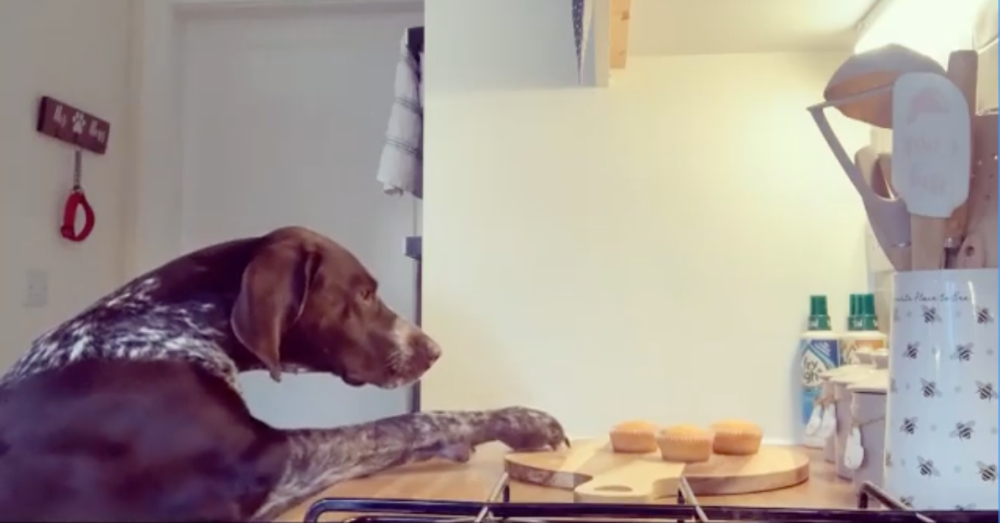 Probin decided to set up a hidden camera to catch the dog in the act — only to find that she’d been blaming the wrong pup for the pandemic crime spree. When she thought nobody was looking, Kara’s quieter dog, River, stood up on her hind legs and deftly swiped two unfrosted cupcakes from the counter. The dogs stealth actions also suggested she’d done this many times before.

“She must be a criminal genius,” Probin told the Daily Mail of the dog, who had managed to swipe 15 or so treats without making noise or any sort of mess. “I was shocked when I checked the camera and I saw it was River,” said their owner. “I thought it was our other pointer Winnie, as she is the greedy one.”

“We’ve been baking all the way through lockdown, and every time we left cake on the side, it would go missing,” she continued. “I decided to catch them in action, and it turned out it was River.”

Unlike her sister, River never begged at the table, which is another reason her owners were surprised by her criminal streak. She’s also smaller than Winnie. Nobody even knew the dog could even reach the countertop!

“They’re relatively small for their breed and River is the smallest, so she has to get on her back legs to reach up,” Probin said. “It’s always Winnie who has looked guilty, never River, so she has just taken the blame.” 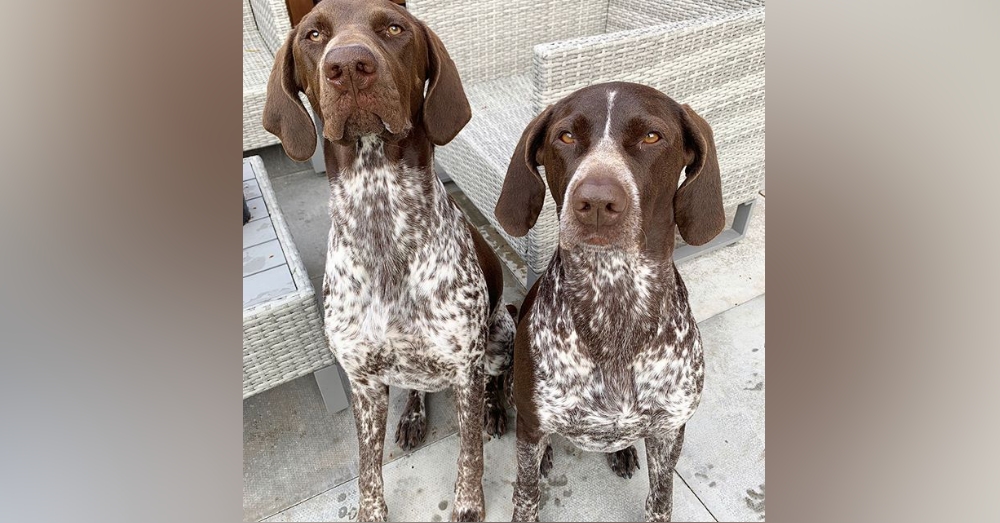 Now that Probin has solved this mystery, we hope she’ll start keeping the cakes on a higher shelf because baked goods aren’t good for dogs. But we have plenty of recipes for dog-friendly snacks that will sate your need for quarantine baking and yield a safe, healthy treat for your dog. Check out some delicious optionshere, here, and here!