4-year-old Ralph was a skeletal and hairless Alsatian who received a second chance in life after being rescued from the streets of South London. The poor dog was near death when he was brought to the Battersea Dogs and Cats Home.

His body was extremely skinny and covered in sores. He also was suffering from a bacterial infection, had an eye condition, and had a problem with one of his ears.

Ralph required medical care around the clock. But thankfully all the hard work and effort put in by the rescue center staff paid off and after a month, he was able to be taken home by a volunteer and is looking like a totally different dog. 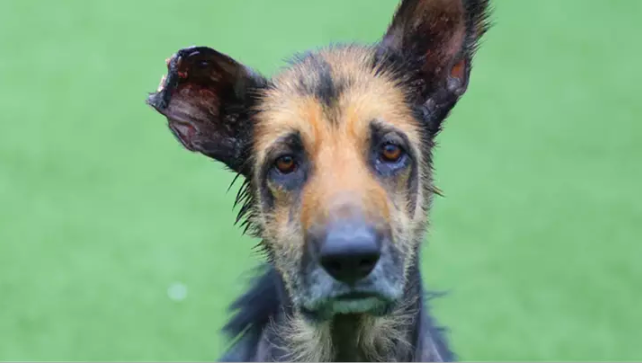 Wendy Tung is a volunteer who regularly fosters dogs. When she took in Ralph, he became her foster fail and she adopted him. Now, 4 years later, the pair have formed an incredibly close bond.

Wendy spoke to the Mirror and said, “Ralph is a wonderful dog. He brings me companionship and so much love and affection. Every day I think how lucky I am to have him. He had such a difficult start in life, but he has always been loving, gentle and trusting. He’s an absolute joy. When I first brought him home he was still a very poorly dog, which was upsetting to see. There was no muscle, it was just bone.” 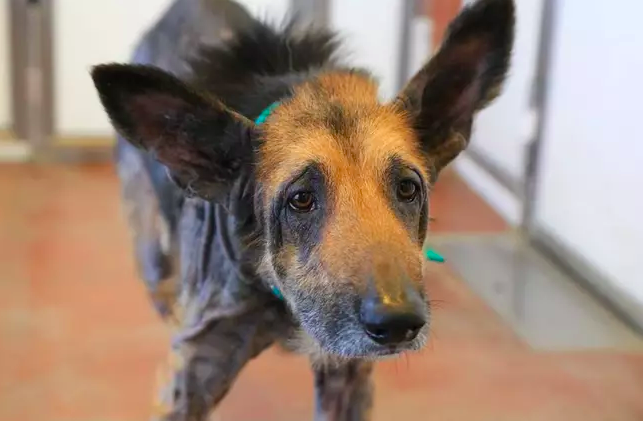 Wendy added, “He didn’t want to go out in the garden without me. I think he was terrified of being locked out in the cold again. I think he must have been shut in a yard and left outside alone in the past. Now, four years later, he is like a totally different dog. He is a real gentleman. He’s so well mannered. He never asks for anything. He never complains. It is because of Battersea that he got his second chance at life.”

Wendy is urging people to consider donating to the Battersea Dogs and Cats Home – something you can do by clicking here. 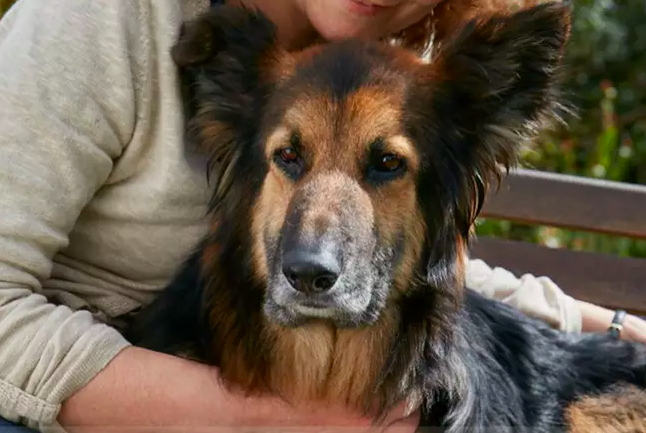 Last year, the specialist center cared for more than 7,000 animals, with 16 new animals arriving at one of the three locations each day.

To learn more about the Battersea Dogs and Cats Home, you can click here.