After Being Literally Stabbed In The Back By Her Owner, Rescued Cat Finally Finds A Loving Home

Like too many animals, Sophie the cat was cruelly abused by her owner. But Sophie’s story is even more terrifying than most because her owner, who is clearly unfit to have animals, repeatedly stabbed the cat in the back, and – when that didn’t kill her – tried to drown her innocent pet cat in the bathtub.

“We arrived to find something truly horrifying: A cat huddled in the bathroom, bleeding from multiple stab wounds, soaking wet, and terrified,” wrote rescuers from the Animal Rescue League of Iowa, which was called to assist the Des Moines Police with this grisly scene. 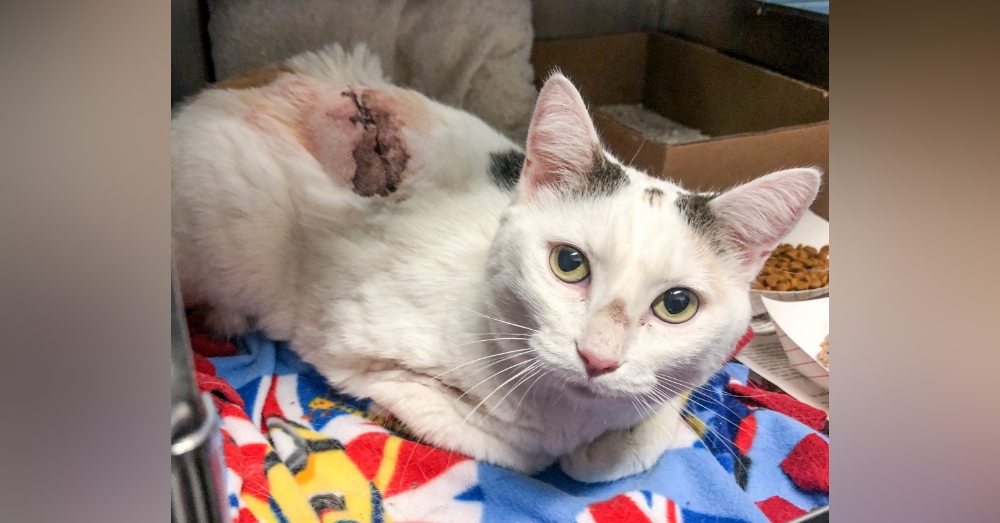 Rescuers rushed the injured cat out to the animal hospital, where ARL’s on-call veterinarian was ready and waiting to provide the critically injured cat with emergency care. Sophie’s owner had stabbed the cat 3 times in the back, and the deep gashes veered dangerously close to vital body parts. “Her flesh was raw and bleeding, and the weapon had narrowly missed her spine,” rescuers wrote. “Sophie’s neck had also been stabbed and she was suffering from a fifth stab wound near her shoulder.”

Rescuers gently cleaned Sophie’s wounds and administered pain medication and antibiotics, because the next part of her treatment would surely cause Sophie even more pain. “The wounds on her back were so severe that they required a long line of staples to close,” rescuers wrote. They also monitored the cat for signs of pneumonia, which could stem from all the water Sophie inhaled while her owner held her down in the bathtub.

HELP NEEDED: The ARL is always there for animals in need – every day, every hour – including this weekend at 2 a.m….

But even after all the pain and betrayal, including being literally stabbed in the back by someone who was supposed to love and protect her, Sophie remained a sweet and model patient. “We don’t yet know what surgeries or procedures she will need during her recovery, but we know that with your help, Sophie will never again experience the terror she went through this weekend,” rescuers wrote. 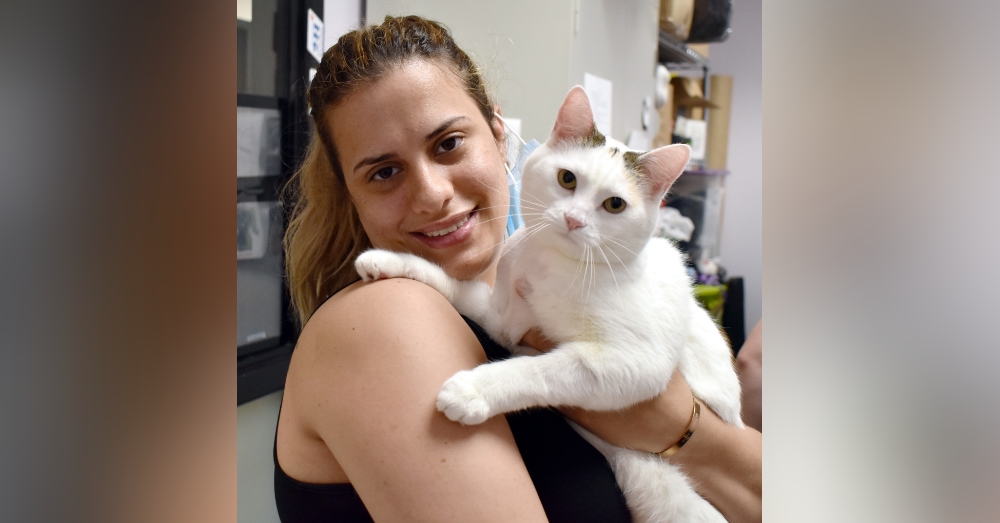 Fast forward five months, and Sophie is an entirely different cat with almost no signs of that terrifying night almost half a year before. Best yet, this sweet girl has even been adopted by a somebody who will finally give her the safe and loving home she deserves.

“We’re happy to say that after surgery and many weeks of healing in our care, she was ADOPTED today to a wonderful family!” rescuers wrote in a celebratory Facebook post that also thanked everybody who contributed to Sophie’s medical care. “We are thrilled that she now has a family who will love and care for her the way she has always deserved.”