Dog Gets Rescued After Collapsing On A Steep Mountain

The wilderness can be a trying place. Often times when we hear of outdoor rescues, dogs are involved. Usually, the stories involve heroic canines coming to the air of stranded hikers. But every once in a while, a dog ends up needing a little bit of help.

A St. Bernard named Daisy, who weighs in at 121 pounds, needed a little bit of help herself after collapsing. The big girl was climbing down Scafell Pike, the highest peak in England, when she collapsed. That is when the Wasdale Mountain Rescue Team jumped into action in order to aid the stranded canine. According to the post on their social media, the rescue team was more than happy to come to Daisy’s aid – despite the fact that the rescue took nearly five hours and needed 16 people to be involved. 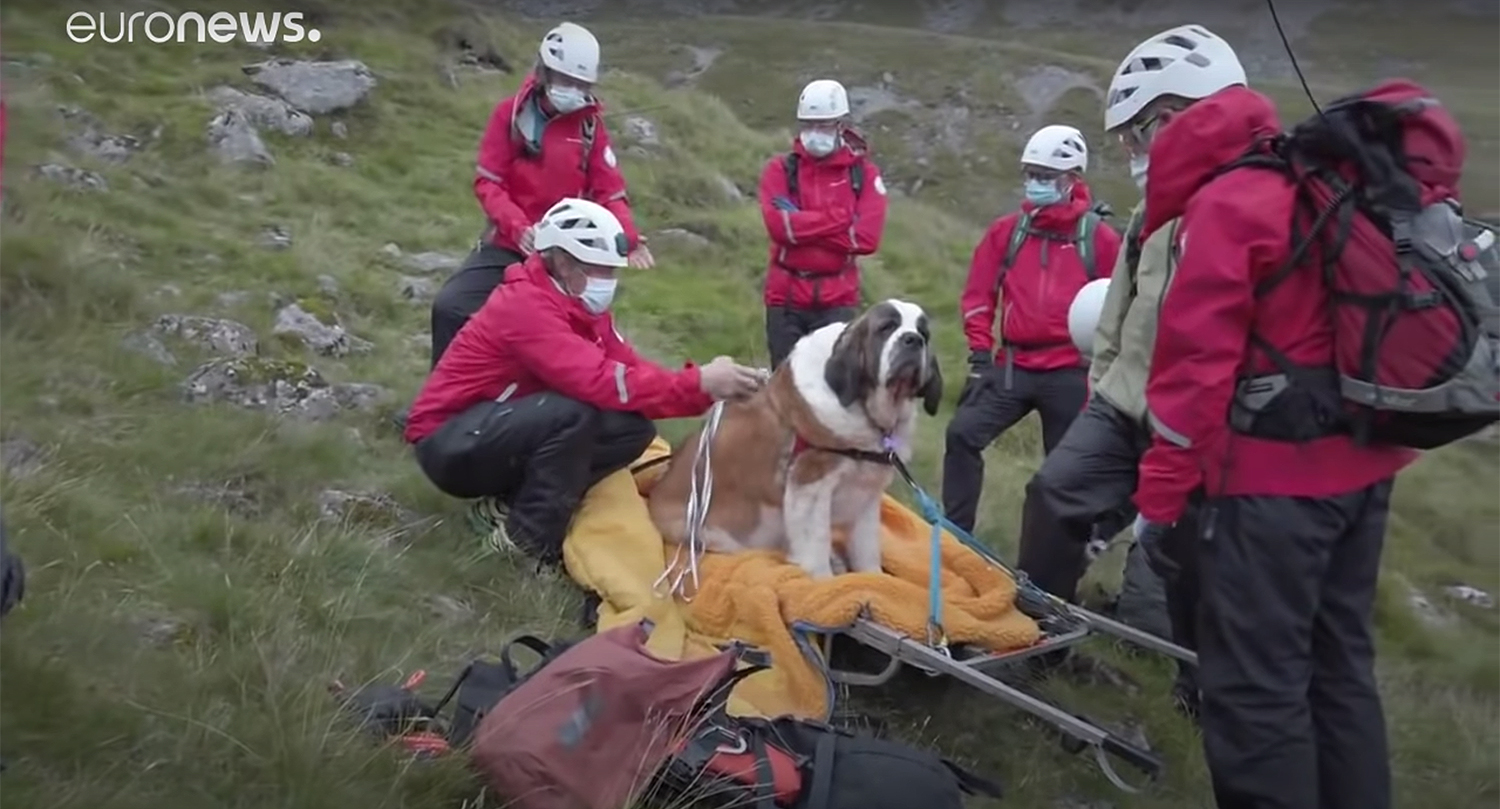 As Daisy and her owners waited for help to arrive, the owners made sure that she was hydrated and fed. When rescuers showed up, it was clear that the pup was in pain in her back legs and she didn’t want to move. That meant that two of the rescue team administered analgesia for Daisy’s leg pain.

Eventually, they were slowly able to get Daisy back down the mountain. The Wasdale Mountain Rescue Team was happy to announce that Daisy made it down ok, and she was doing great since her ordeal on Scarfell Pike. They said she was in “high spirits” after the incident.

The team did make a joke that Daisy felt a little embarrassed at being a St. Bernard that needed to be rescued. But at least Daisy was ok. The post concluded with a thank you to all the people who helped in the rescue mission – including a thank you to Daisy, herself. The team mentioned that she was a perfect damsel in distress and they were more than happy to have been able to help her.

Watch her rescue in the clip below: