Some may see squirrels as just rodents, but they are very intelligent animals.

Have A Banana Trading CO, a fresh food stand in Manchester, England, recently had their nut stand ransacked. The culprits had bushy tails and weighed roughly four pounds.

Four clever squirrels managed to work out a pretty sweet deal. The stand posted a photo of a squirrel in front of their nut stand Instagram with the caption, “If you can’t beat them…..” 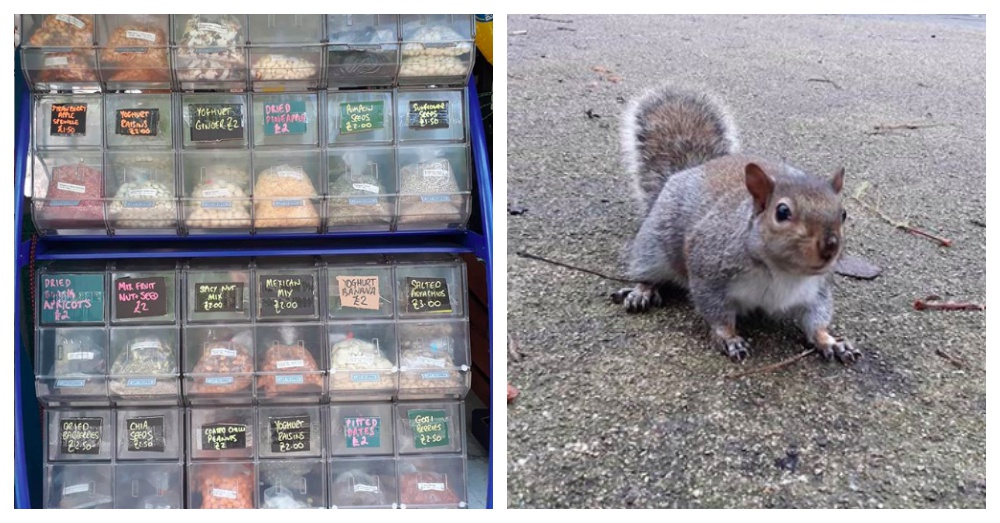 The post went on to say, “This is one of four squirrels that visit. By some freak coincidence all called Burton or at least that’s what I think they said.”

The owner tried to deter the squirrels, but when that failed the only option was to negotiate. The owner decided to bargain with the squirrels and offered them one ‘box’ at the stand filled with nuts. The sign above the box reads, “Burton The Squirrel”. 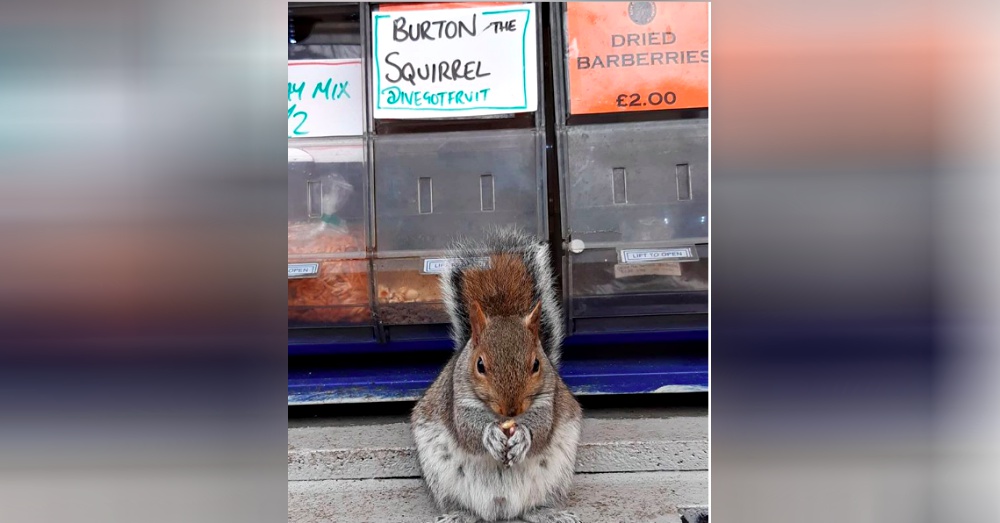 The box is located on the bottom row of the nut stand, which allows the squirrels to come and go as they please. This arrangement seems to be satisfying the squirrels, as there have not been any more missing nuts.

However, the squirrels have not quite worked out a schedule for the box which has caused an argument or two. “We are currently working on 4 separate boxes for them so they squabble a lot less,” the owner told us. 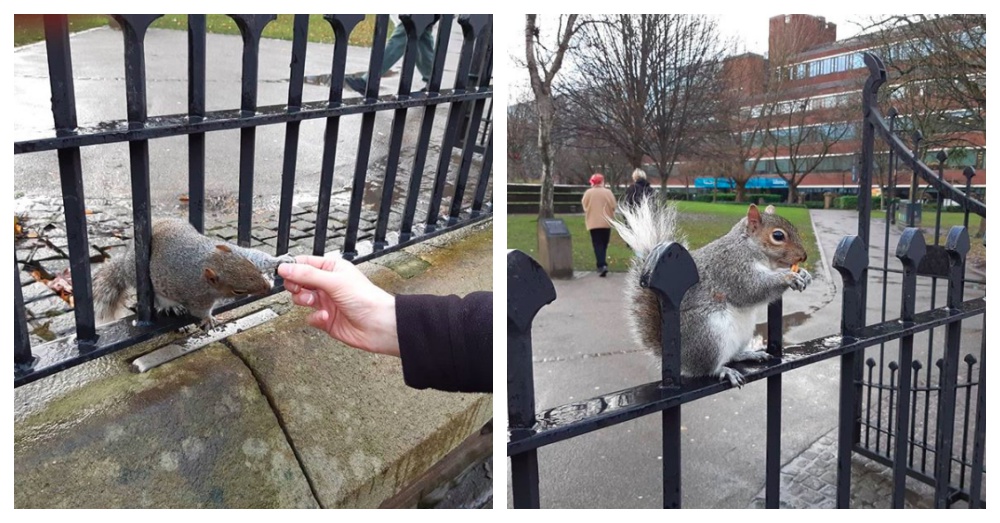 Customers love to see the friendly squirrels, no matter which one it is. Some will even takes nuts offered to them by passing customers. Recently, one tried an apple but decided that nuts are more his thing. 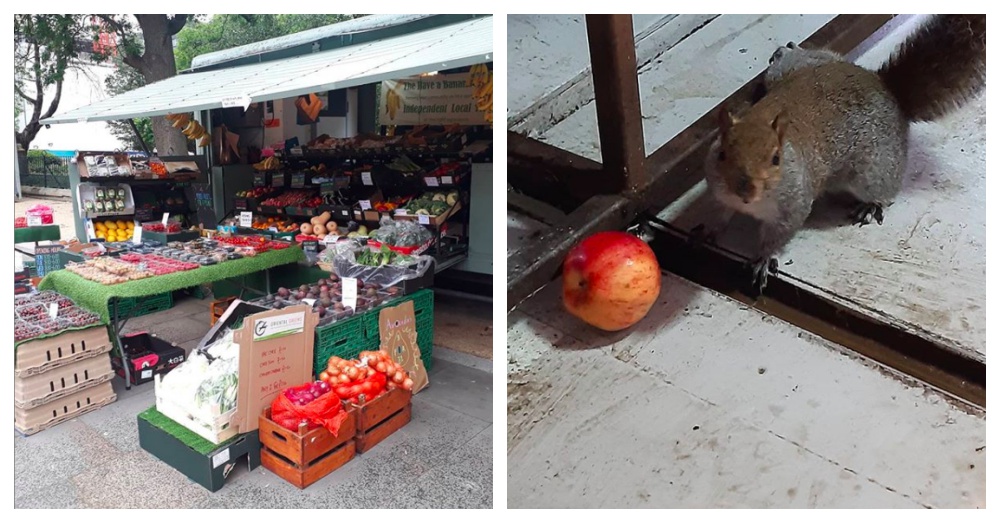 Have A Banana Trading CO would love name suggestions for the other three squirrels, so they are not all called Burton. The owner said, “I think renaming three of them will be ideal. We are just waiting on appropriate names to be suggested.”

Watch one of the squirrels named Burton collect his free snack in the video below.

Rescued Squirrel Is Stealing Hearts With Her Antics And Mini Teddy Bear That She Naps With: Click “Next” below!