A Stray Dog Wandered Into A Yard And Gave Birth To Puppies. Luckily, The Right Person Found Her

After seeing A Hope For Paws video on her local news, a woman knew that they were just the people she needed to help her out in this situation she was in.

She grabbed her phone and texted a picture to them of the dilemma. The picture was of a homeless mama dog and her puppies, all whom needed help desperately. 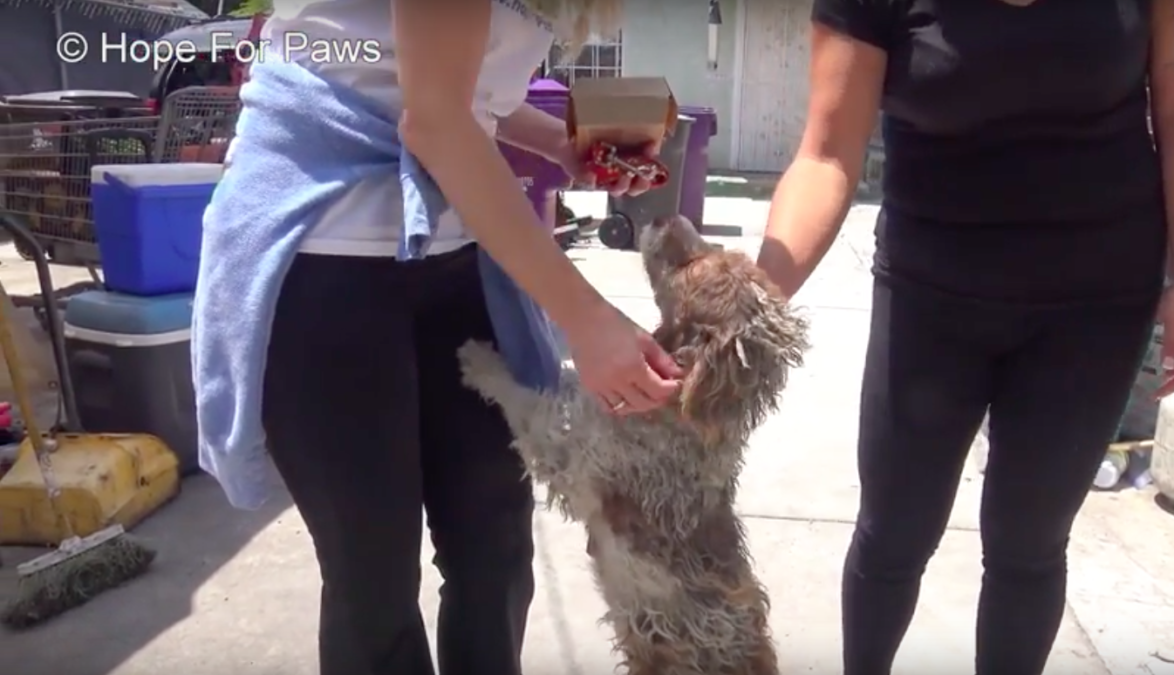 The dog had wandered in the woman’s yard and then gave birth to her litter of puppies. The woman fed her and kept them safe until rescuers arrived. The mama, who they named Spring, was lucky that she gave birth where she did. Since they were homeless, the newborn pups could’ve been in danger elsewhere, but this woman was very nice and thankfully took great care of them. 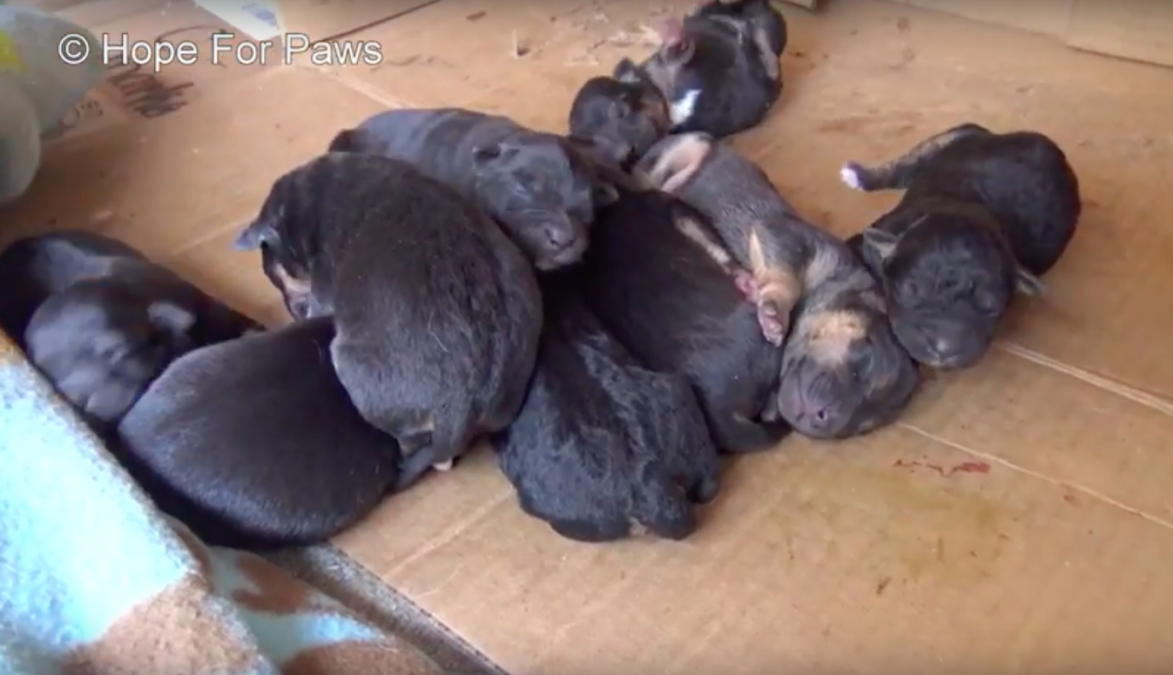 Some stray dogs are very nervous around humans, because they’re not used to social interaction, but Spring was extremely friendly. She went right up to rescuers, wagging her tail and licking them. She allowed them to put a leash on her and put her puppies one by one into a carrier. They put Spring and her puppies into their car and brought them to their clinic. 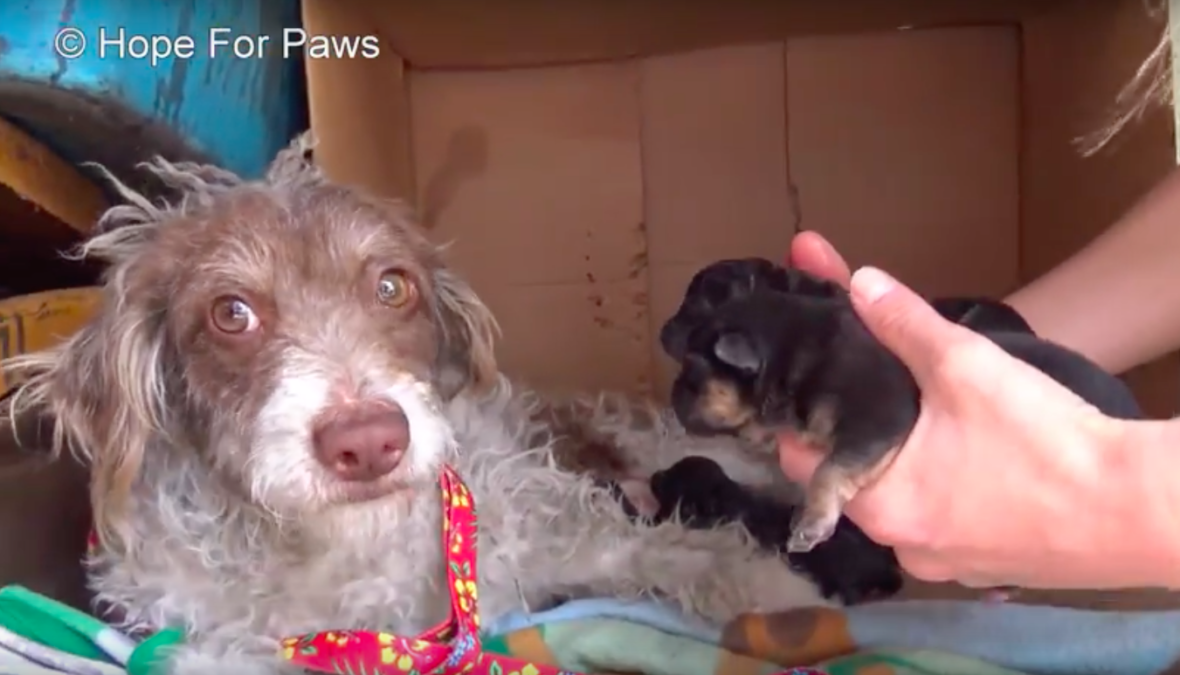 They named the puppies Dandelion, Jasmine, Monarch, Butterfly, Lady Bug, Caterpillar, Dragonfly, Sunshine and Roly Poly. They were all given a clean bill of health, and Spring then got a much-needed bath and grooming. 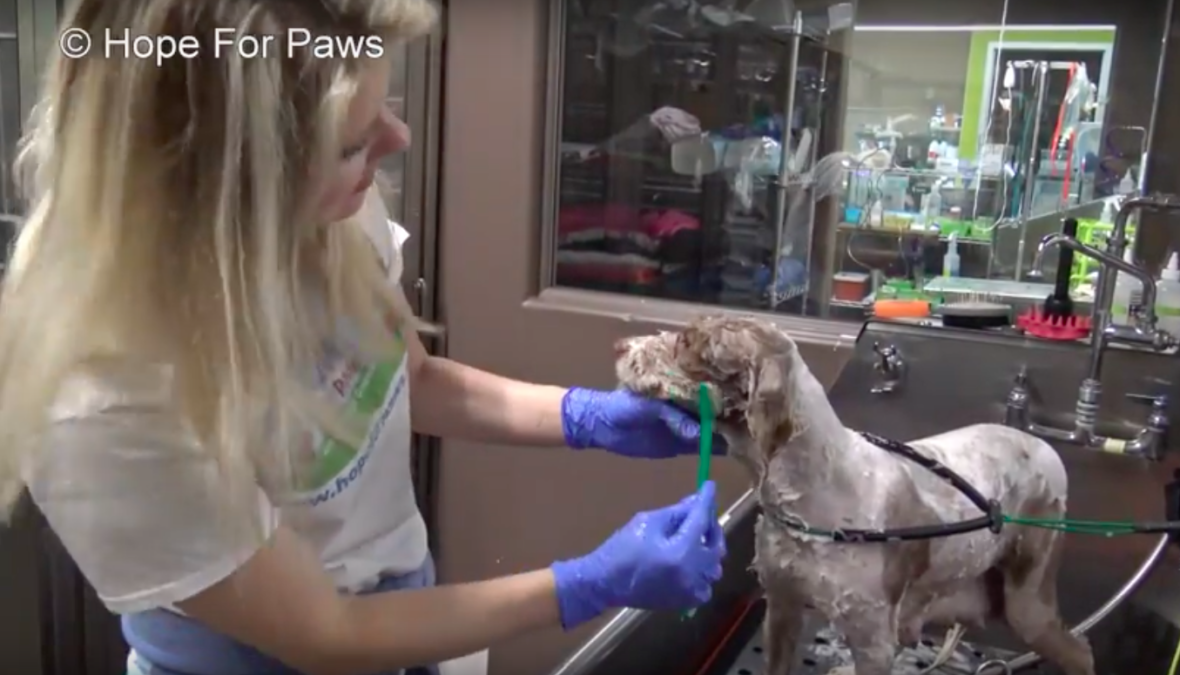 Now the only thing left is for Spring and her puppies to find loving forever homes! Thankfully their days on the street are now long gone! 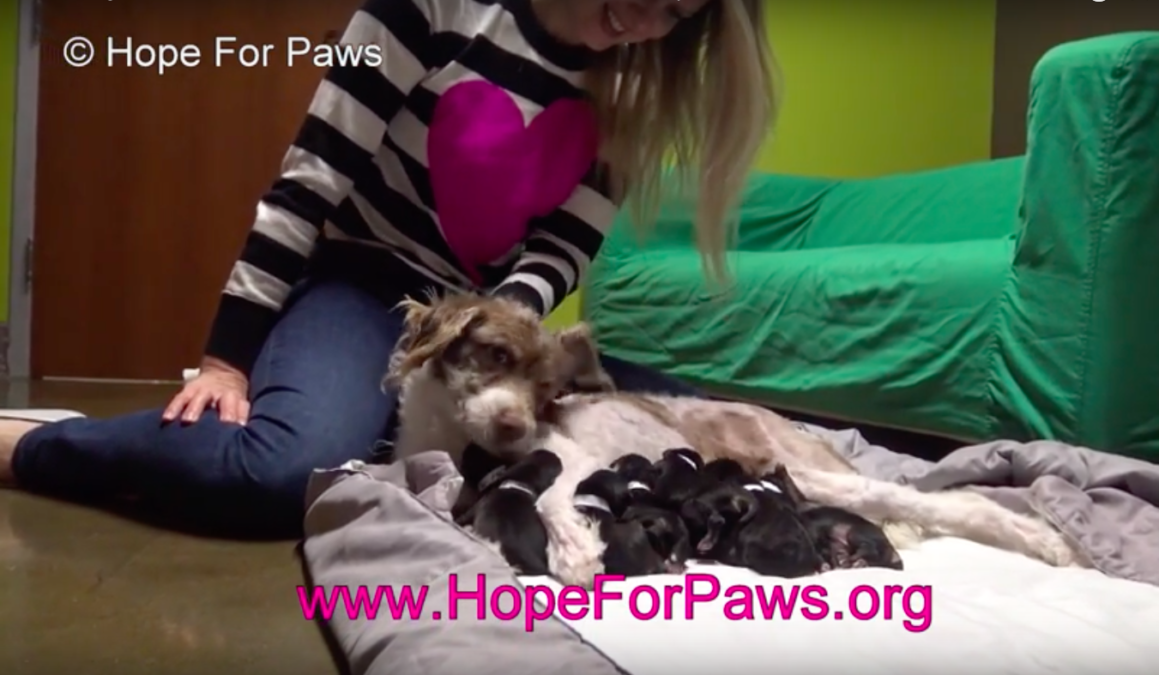