Australia has its fair share of oversized arachnids, but even down under, we’ve never seen a spider as fearsome as this.

A video taken in the Amazon shows a tarantula likely 10 inches in diameter, making a meal out of a young opossum. The auspicious encounter was recorded by biologists working with the University of Michigan, studying rare predator-prey interactions in the lowland rainforests of the Andean foothills, Fox News reports.

“This is an underappreciated source of mortality among vertebrates,” Daniel Rabosky, an evolutionary biologist at U of M who leads a team of researchers to the Amazon rainforest about once or twice a year, said in an online statement. “A surprising amount of death of small vertebrates in the Amazon is likely due to arthropods such as big spiders and centipedes.” 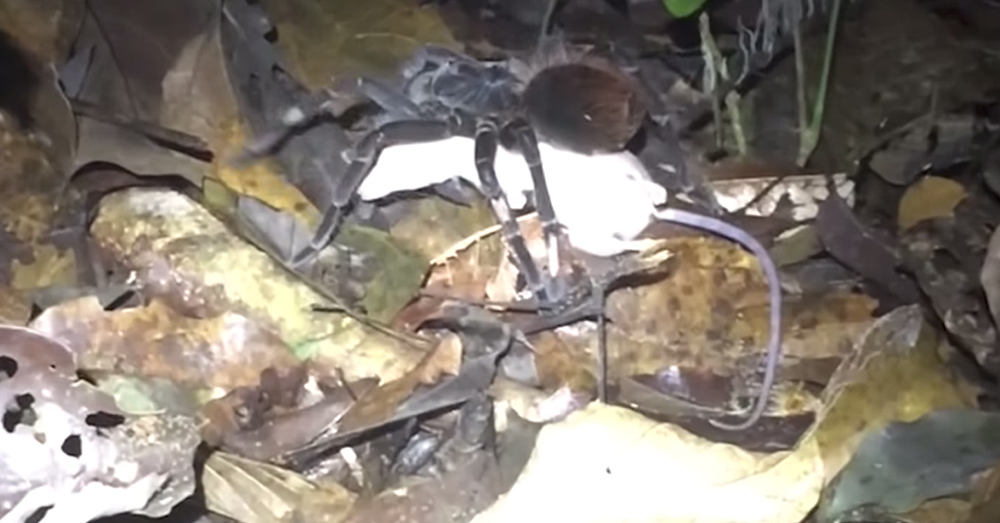 Source: YouTube/Nat Geo WILD
The tarantula is estimated to be about the size of a dinner plate.

Over a few years, the biologists captured footage of spiders, snakes, scorpions, ants, beetles, water bugs and other species in 15 different predation events.

Of all the attacks the researchers caught on camera, the tarantula’s take down of the opossum provides the most nightmare fuel. 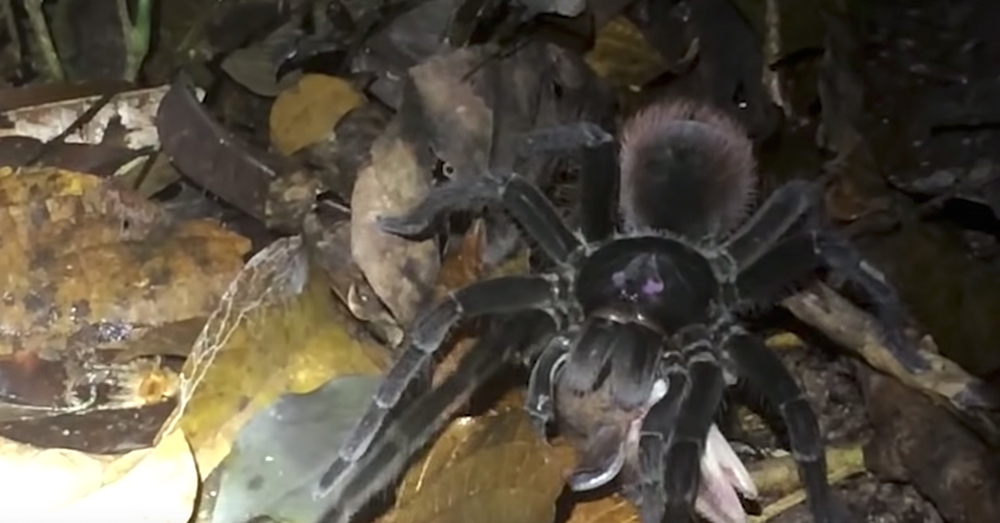 Source: YouTube/Nat Geo WILD
This is the first time a spider has ever been captures on camera eating an opossum.

The opossum, described as being the size of a softball, was still alive when the hungry spider dragged it off into the woods by the next.

According to Robert Voss, mammologist at the American Museum of Natural History, this could be the first time in history “a large mygalomorph spider [tarantula] preying upon opossums” has ever been documented. 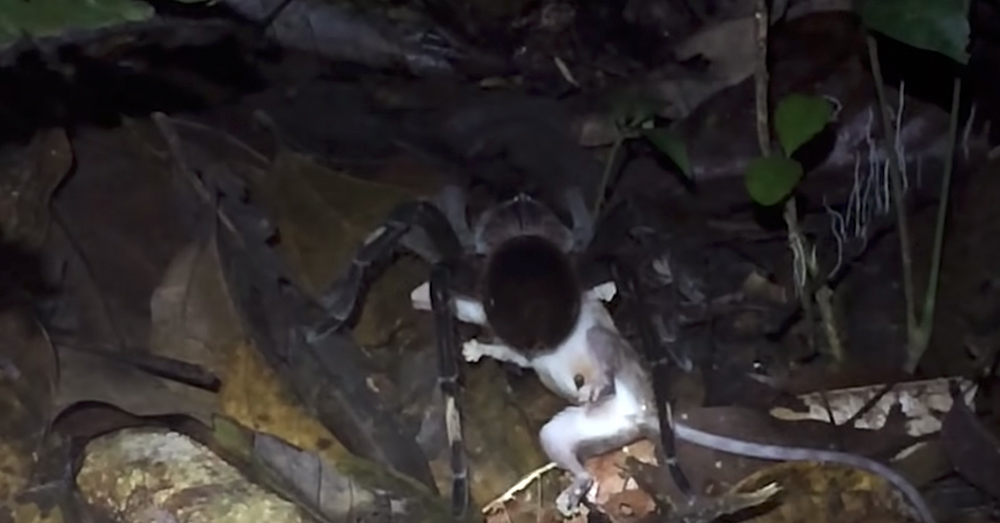 Source: YouTube/Nat Geo WILD
The opossum was about the size of a softball.

“We were pretty ecstatic and shocked, and we couldn’t really believe what we were seeing,” said U of M biologist Michael Grundler. “We knew we were witnessing something pretty special, but we weren’t aware that it was the first observation until after the fact.” 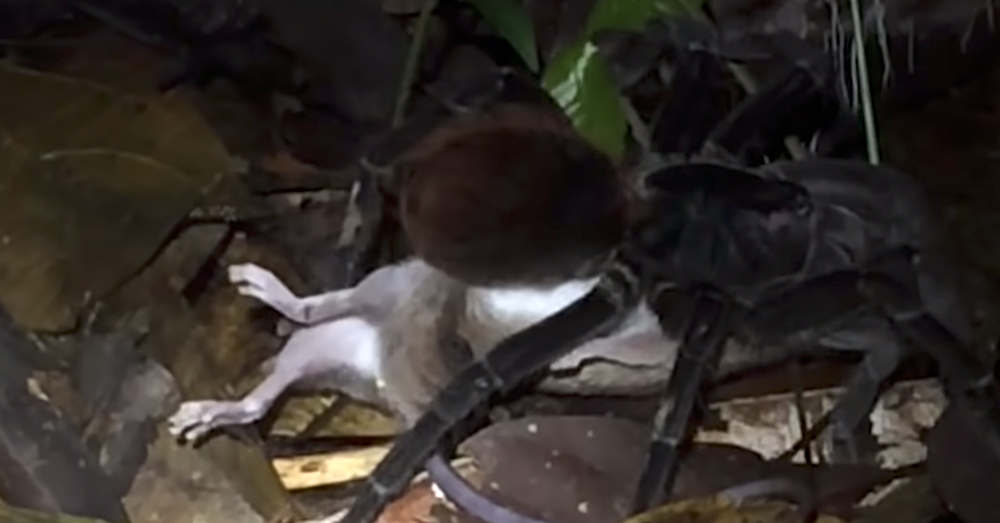 Source: YouTube/Nat Geo WILD
Biologists from the University of Michigan captured the tarantula in action.

As Grundler and his team wrote, “predation of small vertebrates by arthropods has been documented in several lowland rainforest sites, yet our knowledge of these interactions remains limited, especially given the diversity of vertebrate prey and potential arthropod predators in species-rich tropical communities.

“Documenting predation by spiders and other arthropods in these ecosystems is essential even if many predaceous arthropods remain undescribed and are mostly classified as morphospecies,” the report continued, “because they provide insights into an important source of vertebrate mortality that appears to be less common in extra-tropical communities.”

Watch this surreal scene in the video below.