Woman Crashed Her Car After She Discovered A Spider While Driving

Arachnophobia is the fear of spiders and it is real.

A New York woman was driving along in her car when she spotted a spider. Her fear overtook her and she totaled her car when she crashed into some trees. Thankfully, the woman survived with only an injury to her leg.

Clearly, it wasn’t Charlotte dropping by to say “hi”. 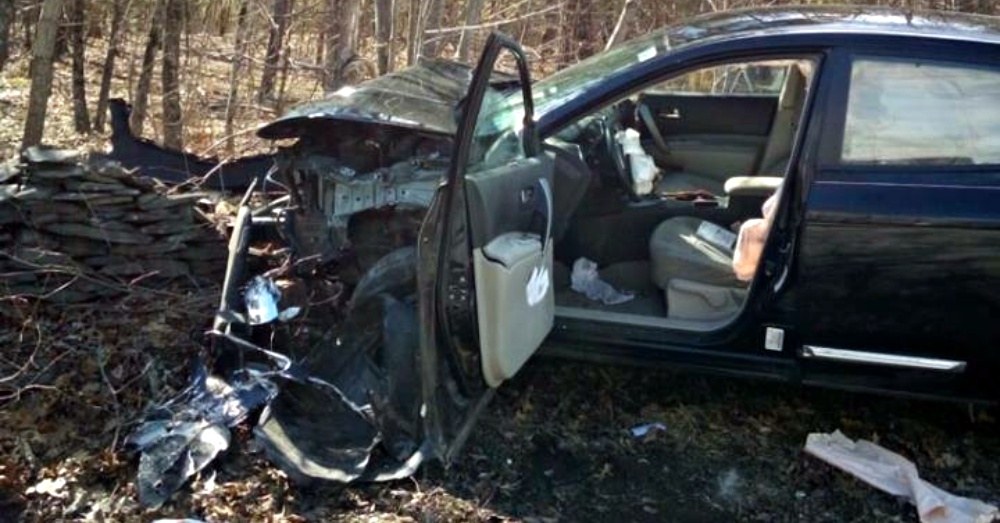 Town of Cairo New York Police Department posted a warning on Facebook for other people to be cautious. They posted, “After investigating today’s crash on Silver Spur Road we feel it necessary to bring up a contributing factor that is not covered too often. It is believed that the operator of the vehicle noticed a SPIDER in the drivers area with her as she was driving.” 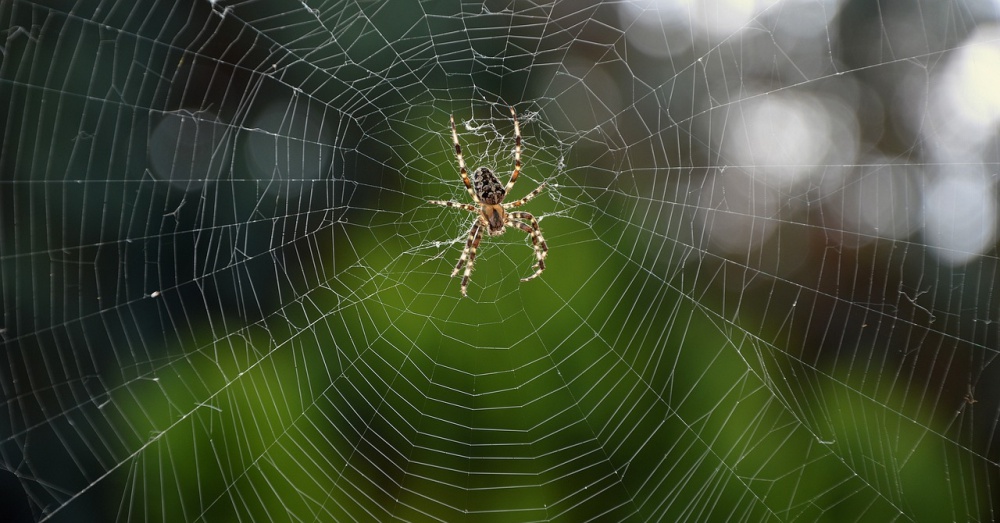 The post went on to say, “The operator panicked and crashed suffering a leg injury from the crash. We know that it is easier for some drivers than others but PLEASE, try to teach new drivers and yourselves to overcome the fear and pull over to a safe place. Lives depend on it.”

Now that the woman is safe, people took to the comments to share in her fear and find the humor in it. One posted, “It’s ok everyone the spider was unharmed!” 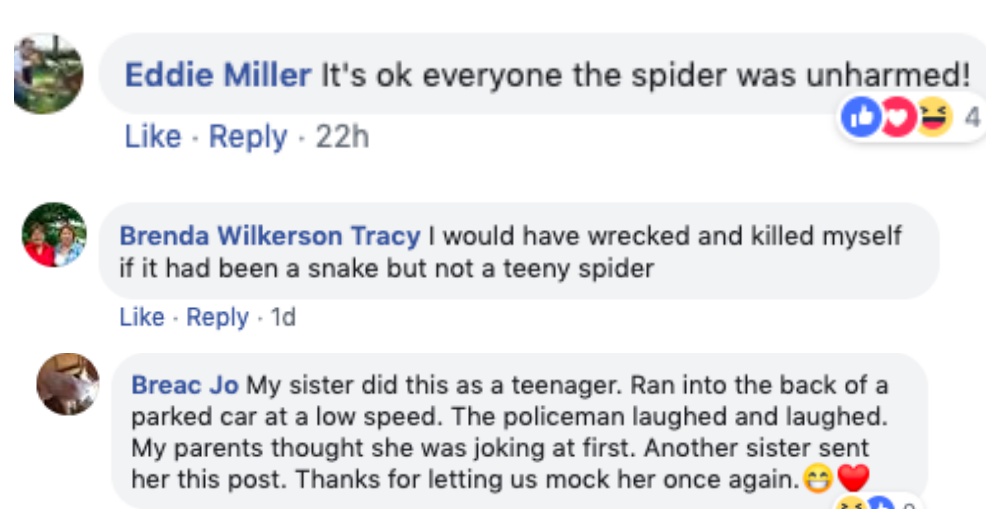 Another said, “I would have wrecked and killed myself if it had been a snake but not a teeny spider.” Yet another wrote, “My sister did this as a teenager. Ran into the back of a parked car at a low speed. The policeman laughed and laughed. My parents thought she was joking at first. Another sister sent her this post. Thanks for letting us mock her once again.😁❤️”

All joking aside, if you see a spider, bee or snake in your car please pull over.

Drunk And Belligerent Man Tells Police He’s A Cat: Click “Next” below!