Is That An Alien Planet? No, Just A Beach Covered In Hundred Of Feet Of Spider Webs!

If you’re afraid of spiders, this story is really going to ruin your day.

Mediterranean beaches are typically known for their pristine blue waters and snow white sands. The jagged coastline of the Hellenic peninsula is home to several thousands miles of such splendor, but one near the town of Aitoliko has quite a different feature.

Nearly 1,000 feet of spider webs cover the lush vegetation of this harbor town’s shoreline, making it seem like more of a mysterious alien landscape than a Mediterranean paradise. 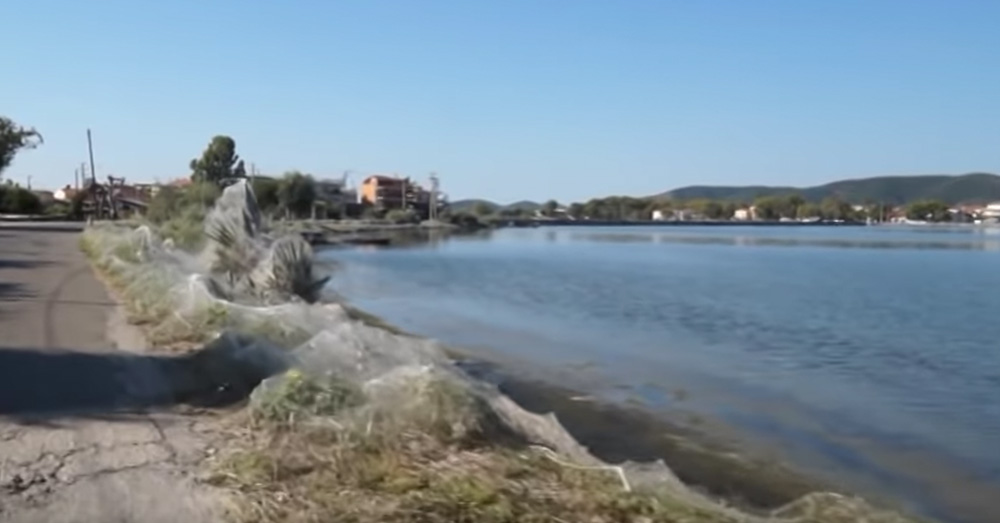 Aitoliko sees thousands of visitors each year, and millions more if you include these fastidious arachnids during mating season. 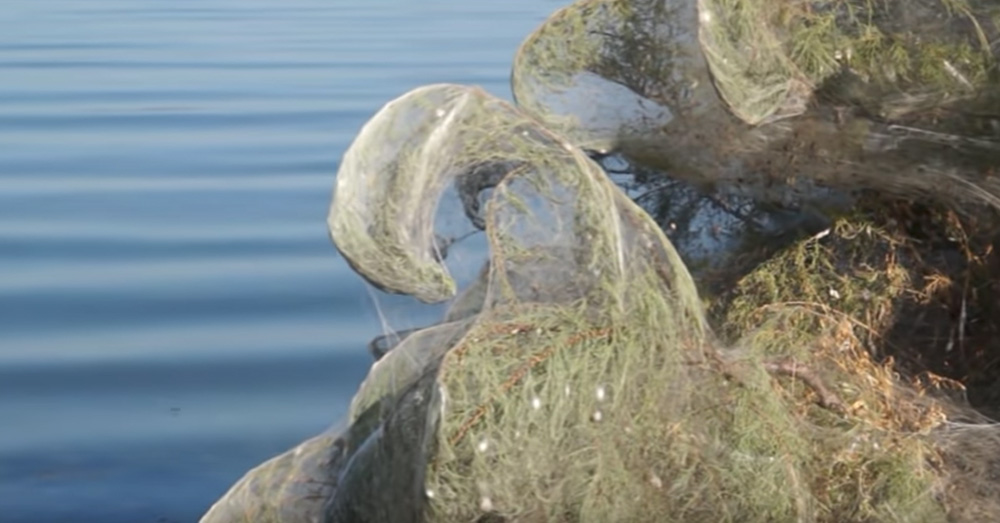 Source: YouTube/Giannis Giannakopoulos
A closer look at the massive web.

YouTube user Giannis Giannakopoulos posted a video of the web work, attributed to colonies of Stretch spiders, so named for their long bodied.

“It’s as if the spiders are taking advantage of these conditions and are having a kind of a party,” Maria Chatzaki, a biology professor at Greece’s Democritus University of Thrace, told Greek website Newsit. “They mate, they reproduce and provide a whole new generation.” 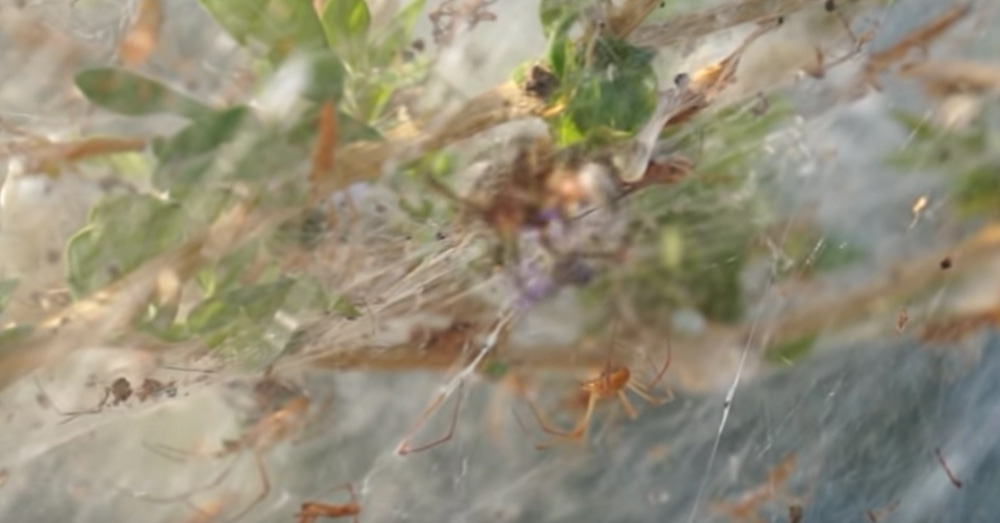