This Special-Needs Kitten Suffers From A Rare Genetic Condition. Then She Met A Veterinarian Who Changed Her Life

Appa is a Selkirk Rex, a fluffy breed adorably known as “cats in sheep’s clothing.” Unfortunately, the cute kitten also suffers from Ehlers Danlos Syndrome (EDS), a genetic condition that makes her skin especially fragile and susceptible to injury.

Fortunately, Appa found her perfect human in Elise Hall, an Illinois veterinarian who first met the orphaned kitten in an online support group for owners of animals suffering from the disease. “We were members of the group due to our experience with Porg, a cat whom we loved and cared for that also had Ehlers Danlos,” Elise told Love Meow. 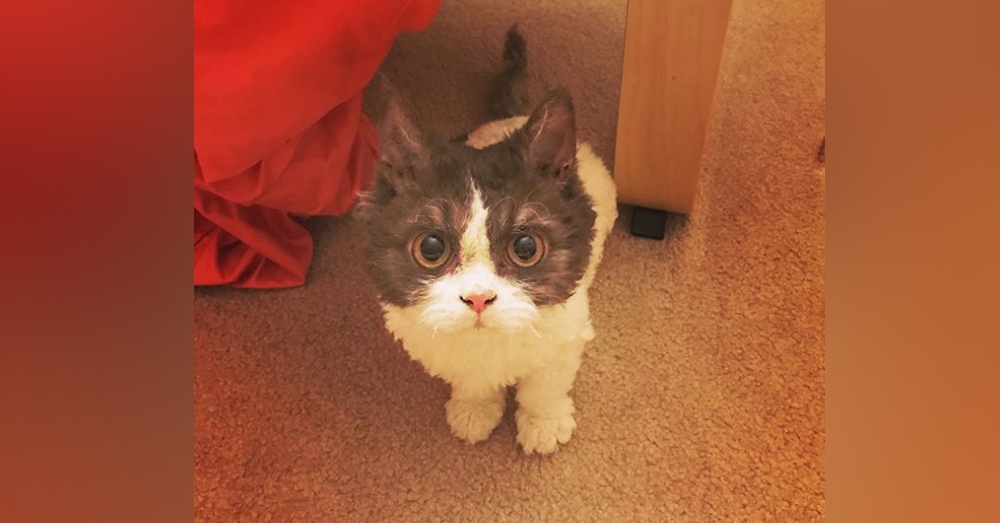 After Porg crossed the rainbow bridge, Elise was inspired to help other animals suffering from the condition, which can also affect dogs and humans. So when Elise and her partner first saw a picture of Appa, they knew the little kitten belonged in their family.

“We immediately felt a connection, like we did with Porg, and knew we could provide her with the life-long medical care and love every animal deserves,” Elise said. “Meeting her in person for the first time was just magical — she fit in right away!” 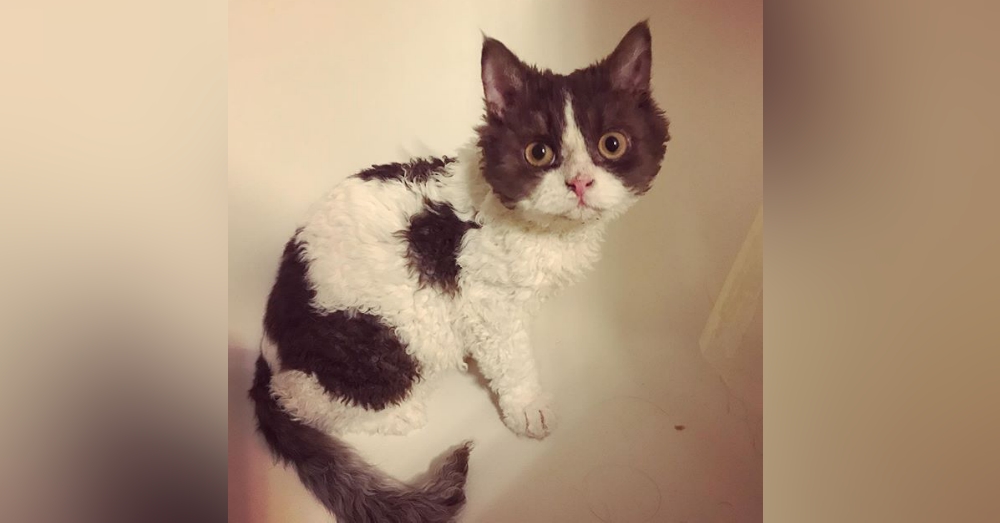 But the kitten’s early days in her new home weren’t easy. Appa was quickly diagnosed with ringworm and a heart murmur shortly after her adoption, and then proceeded to lose much of her beautiful fur during treatment.

But Appa’s patchy new look wasn’t just a matter of aesthetics. Now the kitten’s delicate skin was even more exposed, leaving Elise to clip the kitten’s nails short, wrap Appa’s neck in a little scarf to keep her from scratching herself, and inspect her skin daily. Sometimes, it was easier just to dress the kitten in special outfits for her own safety. 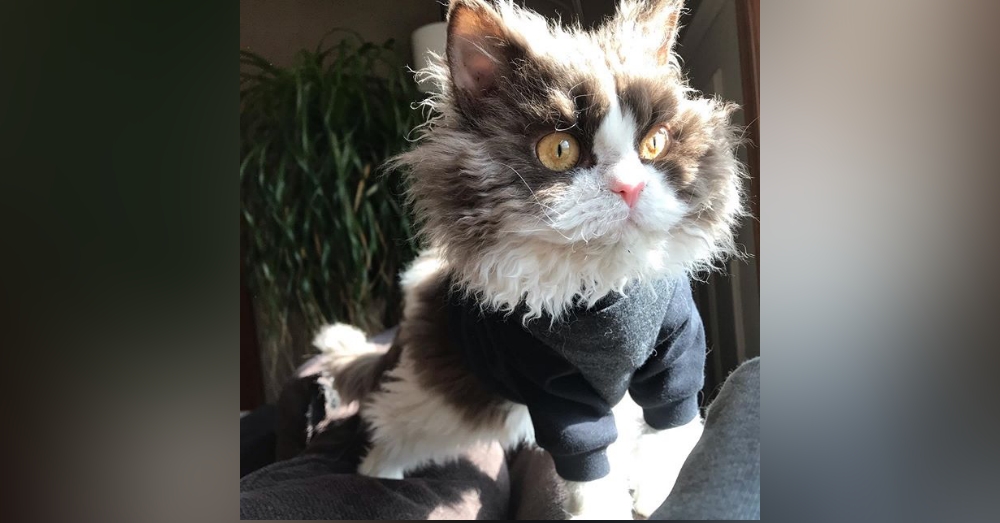 “Ehlers Danlos syndrome is a rare genetic disorder of connective tissues. Appa’s symptoms seem more mild than Porg’s, but she does have thin, elastic and fragile skin,” Elise explained.
But Abba doesn’t let her condition get her down (in fact, she doesn’t seem to suspect that she’s different from other kittens, or even her dog brother, Mowgli).

Abba has grown into a happy, healthy, and fluffy young cat who enjoys playtime, belly/foot rubs, purring, and cuddling. Most importantly, Abba’s wounds have healed nicely, and her long fur coat is growing back! 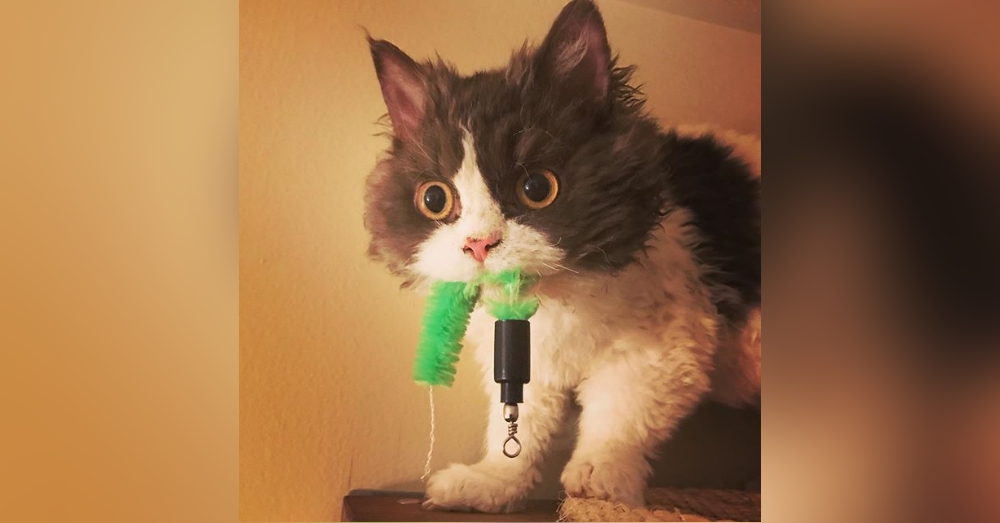 “Appa has an outgoing, confident and playful personality,” Elise said. “She is very intelligent and likes getting into mischief, as do most young cats.”

But Appa is also a very good girl who likes to help her humans with chores, playfully picks on the dog, and begs her humans for treats while standing up on her hind legs, like a meerkat. “She gently reminds me that she is the cutest in the land,” said Elise, who has no regrets about bringing this special-needs kitty into her life.

Watch how cute Appa is in the video below!