Though He Planned To Adopt A Senior Cat, Man Falls For Cuddly Kitten With Squished Face Instead

When Davy, a social worker who spends his days helping disabled children, decided to adopt a cat, he initially planned to rescue a senior feline.

“I live alone in a little rural cottage and thought it would be ideal for an older cat,” Davy told Love Meow. “But my friends began to tag me in posts from Cats Protection, about this little cat with additional needs. 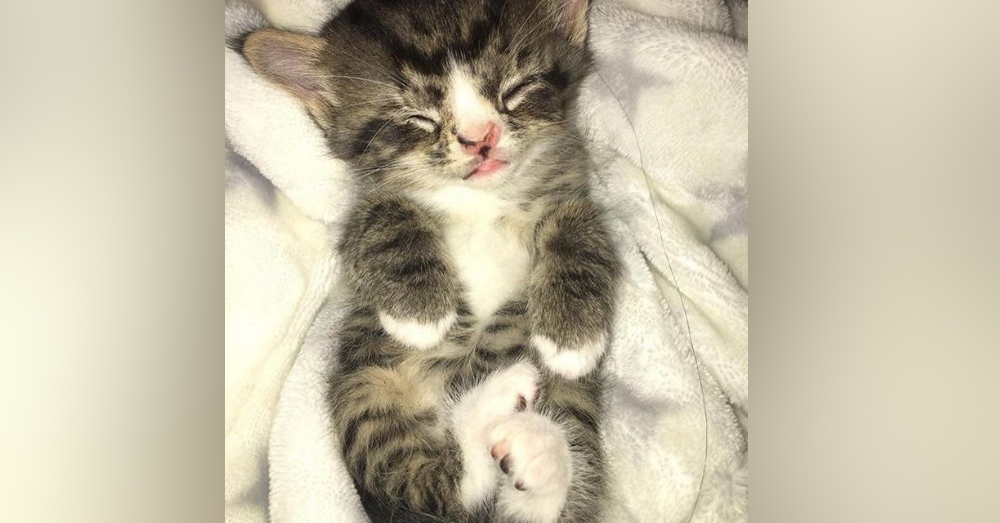 The feeling appeared to be mutual. When the UK resident turned up at the South Wales shelter inquiring after a disabled tabby named Arlo, the one-year-old cat promptly licked his new friend.

“He approached and gave me a lick, and I took that as a sign that we made a match,” Davy admitted. “Just the first glance of him made me fall in love.” 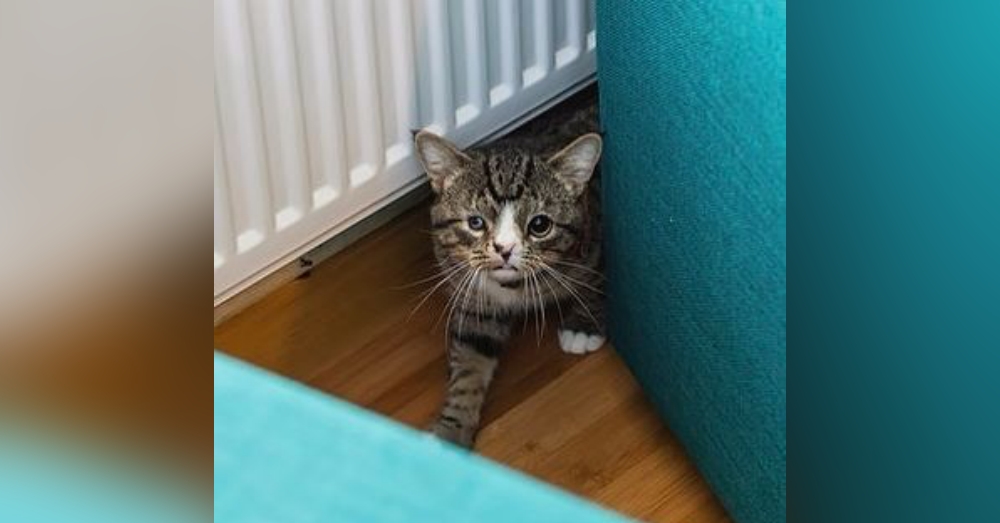 According to shelter workers, little Arlo suffers from a condition called hydrocephalus, or an accumulation of brain fluid that has resulted in a slightly misshapen face. But the kitten, who was born with this condition, hasn’t let his unique mug affect his personality any.

“Arlo is an absolute sweetheart, and he’s charmed all the staff at the centre,” a shelter manager, Sue Dobbs, told Love Meow. “He may look a bit different from other cats, but he’s got a lot of love to give, and is full of fun and mischief,” she said, describing Arlo as “a lovely cat” who deserves a happy, loving home. 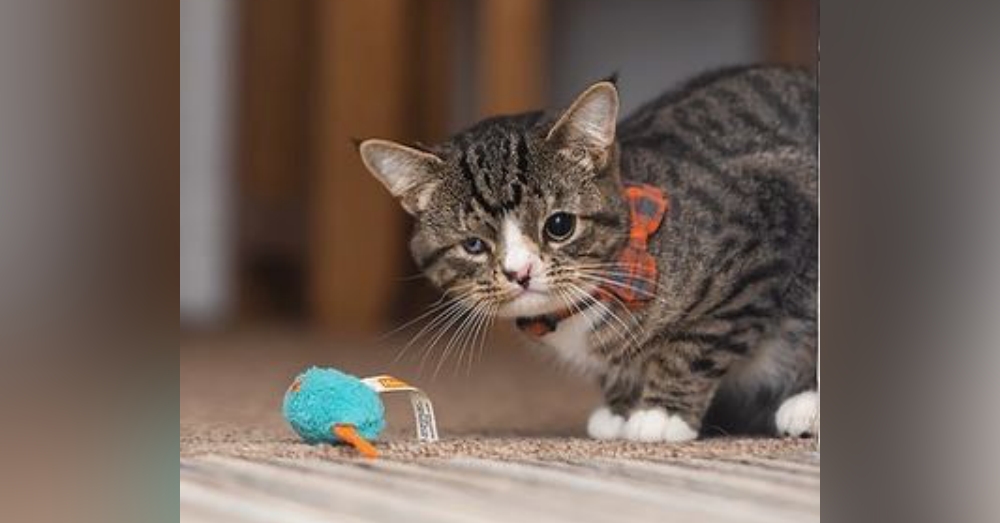 Fortunately, Davy – a social worker who has spent his career working with children with special needs – clearly has a soft spot for the underdog. As soon as Davy took Arlo home, the adorable kitten promptly made himself at home on his new Cat Dad’s lap. “He’s very shy and nervous still and doesn’t like loud noises. But he’s so loving,” Davy said. “His personality is amazing. He’s such a character.” 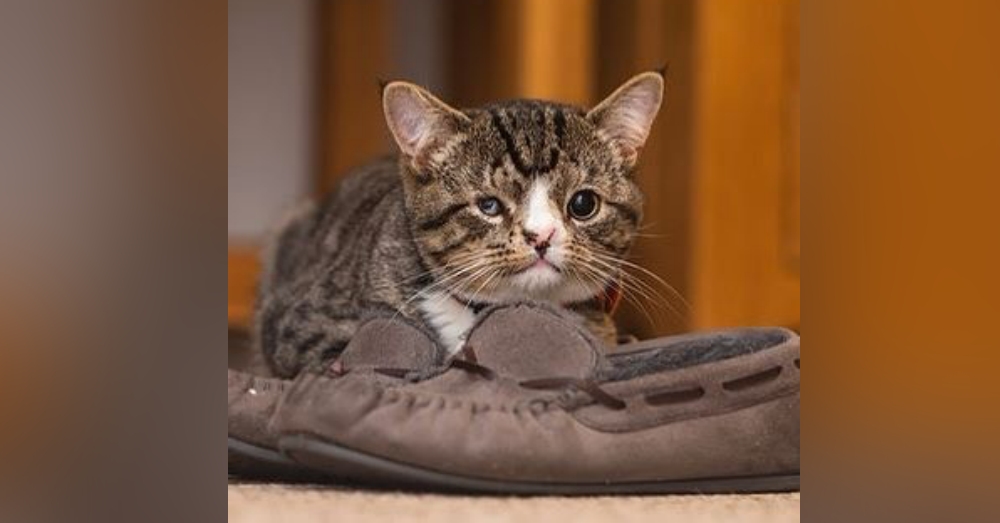 Nor has Arlo’s affection for cuddling waned over the years. When he’s not showering his human with purrs and affection, this playful cat even cuddles Davy’s slippers when his human’s away!

But while Davy is clearly Arlo’s number one cuddle buddy, this grateful rescue isn’t exactly sparing with his affection. Just like he did at the shelter, Arlo loves to snuggle everybody he meets — even at his local vet’s office, where poking and prodding isn’t always well-received by animal patients. 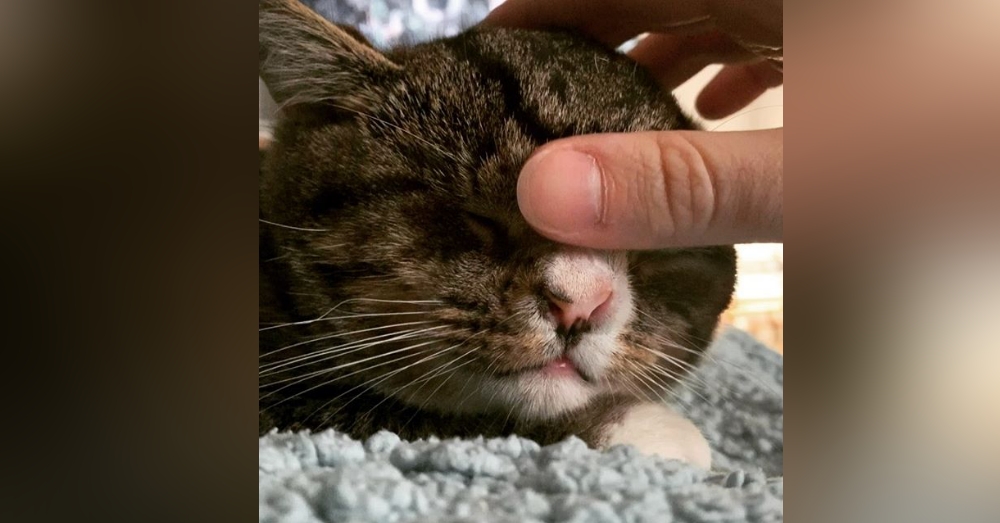 This heartwarming story just shows how love, safety, and a forever home can really help a rescued pet blossom. Adopt, don’t shop! You can learn more about Arlo’s adventures in cuddling by following his Instagram page.

Find out more about Arlo’s adorable rescue story in the video below!