Every year tens of thousands of Galgos – Spanish greyhounds – are brutally killed or abandoned on the side of busy roads after hunting season is over.

The cruel hunters mistreat the dogs and then kill or abandon them because they do not want to pay for their upkeep.

Galgos are working dogs used for hare coursing, which is illegal in the UK. Two dogs compete to see which can chase down the hare first. Small animal hunting season runs from mid-October to early February. After which, the heartless hunters, called galgueros, kill the dogs by throwing them down a well and placing boards on top, hanging them from trees or tying them to train tracks. Some bring the dogs to the kill shelter where they are put down after a 10-day waiting period. 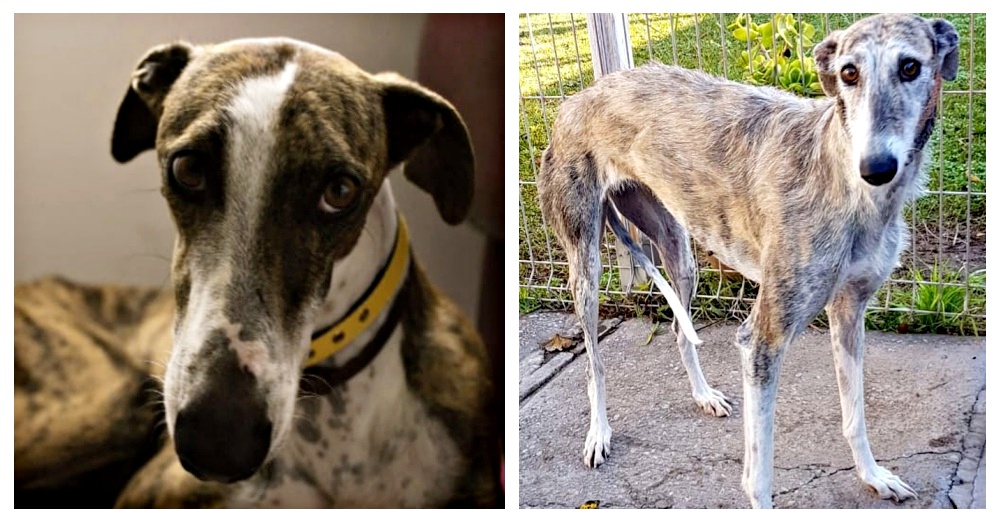 Once the dogs are no longer able to hunt they lose all their worth to the hunters.

Ann Clements and her veterinarian husband, Albert, started a Barcelona-based charity SOS Galgos to try and rescue some of the innocent dogs. Charities report that over 50,000 galgos are killed each year. Sadly, there is no way to save them all. 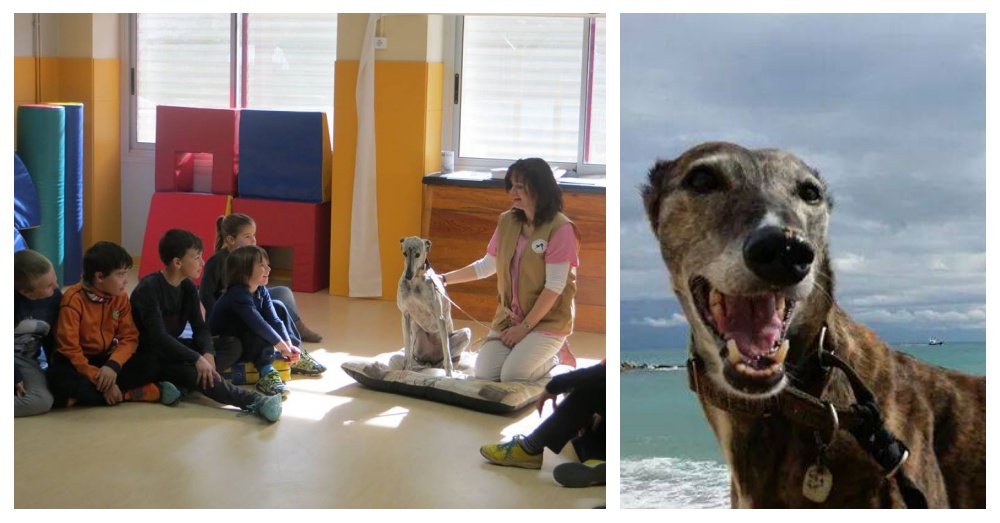 Galgos are considered working animals so animal welfare laws do not apply to them. Clements is trying to raise public awareness of the issue, while teaching the local children to have compassion towards dogs. The couple is campaigning for stronger protection laws for animals in Spain.

“The glagueros used to hang dogs from bridges but that happens less now because they realise it reflects badly on them but they are regularly dumped at petrol stations, by the side of the roads and there was a case last year of someone tying 20 to a railway line that were all killed when a train came,” stated Clements. 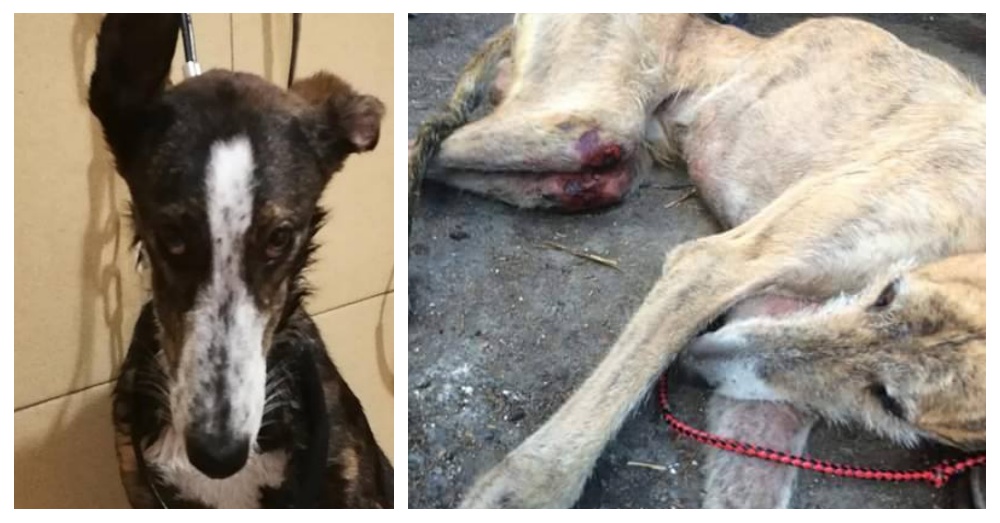 160 Galgos are abandoned every day according to the charity. Clements told Mail Online, “This is Spain’s dirty secret and something tourists rarely see.”

She went on to say, “We are expecting an influx of thousands of abandoned dogs but we, and other charities, cannot cope. We cannot save them all.” 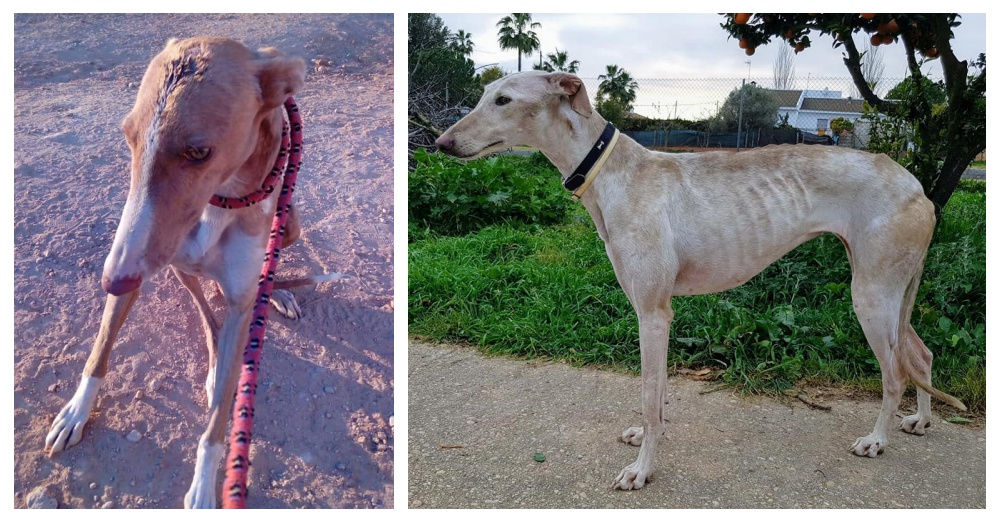 “They are often kept in dungeons in the dark for most of the day and fed poorly so they are more eager from prey when they are let out.”

“The lucky ones are found and have a chance – others are left to die, often alone, in excruciating pain.”

The charity has rescued thousands of greyhounds with many suffering from abuse, malnourishment and serious injuries. Galgos are sweet and docile dogs that enjoy human affection, once they realize they can trust humans again. All the rescued dogs are rehabilitated and then adopted into loving homes. 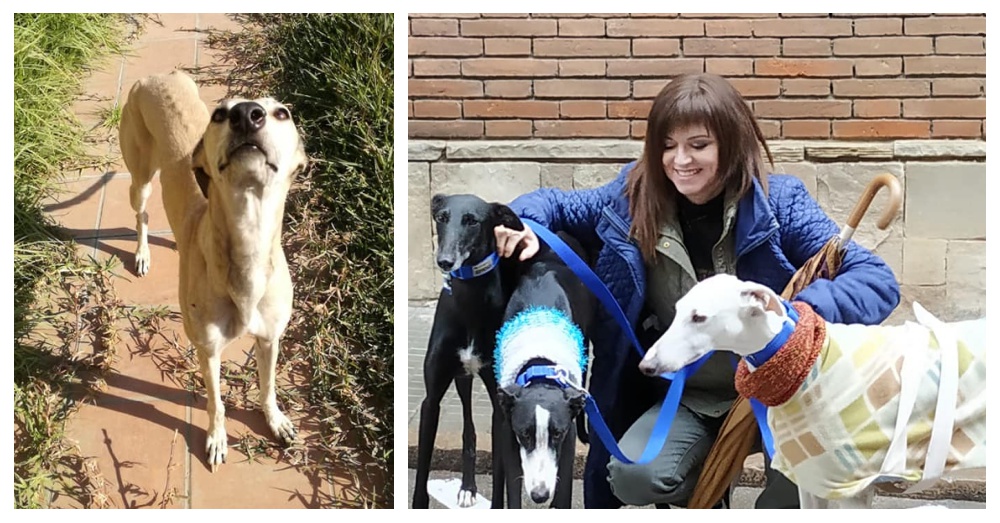 The fight continues for the charity with the hope that the cruel mistreatment of the Galgos comes to an end – with a complete ban on hunting with the dogs and more compassionate people.