Six dogs have definitely had a change of luck in their lives.

The dogs – Spaniel mix Maisie, Boston terrier Winston, and Jindo mixes Pumpkin, Oscar, Bella and Molly – were among the more than 90 dogs who were rescued by the Humane Society International from a dog meat farm in the Gyeonggi-do province of South Korea.

Not only did the HSI save all the dogs, but they also managed to shut down the facility. That was the organization’s 15th dog meat farm closure that they’ve managed. After closing the meat farm, the HSI also helped the farmer transition into a better life pursuit. 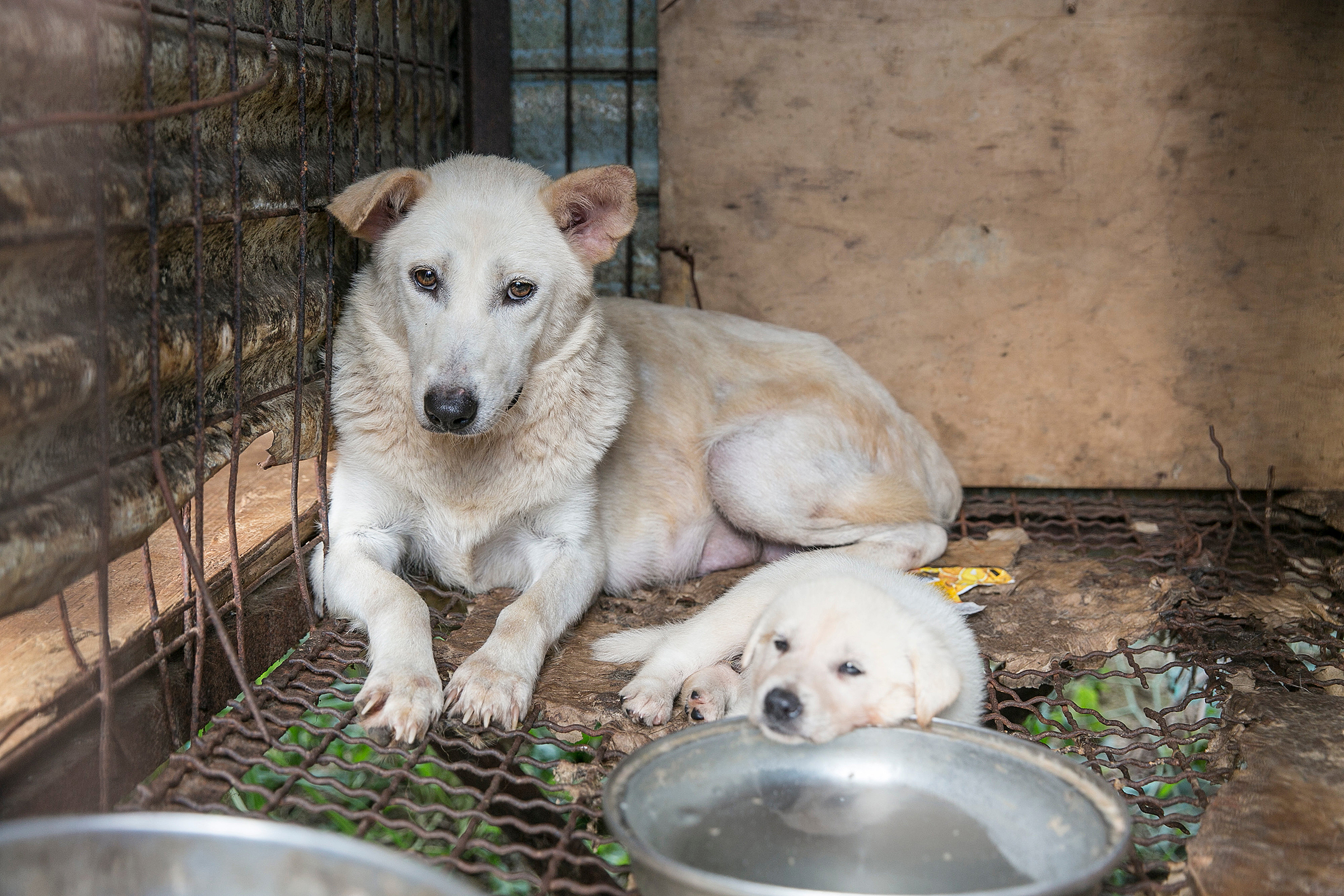 The HSI said in a statement regarding their dog meat farm closure process, “There are thousands of dog farms across South Korea supplying live dogs to slaughterhouses, markets, and restaurants for human consumption, but the trade has been in decline over the past several years as attitudes and appetites are changing. As a result, many dog meat farmers are increasingly eager to exit the trade and approach HSI for help.”

The statement also added, “They each sign a legal contract with the charity to relinquish the dogs, destroy all the cages, and never farm dogs or any animal again. The charity provides a small start-up grant to transition farmers to an alternative livelihood such as mushroom growing, water delivery, water parsley farming, and other more humane trades.”

For the dogs who get rescued from the filthy and inhumane facilities, it’s a chance to start fresh. The dogs got taken in by the HSI’s shelter partners and foster parents who are usually in the UK, US, or Canada. 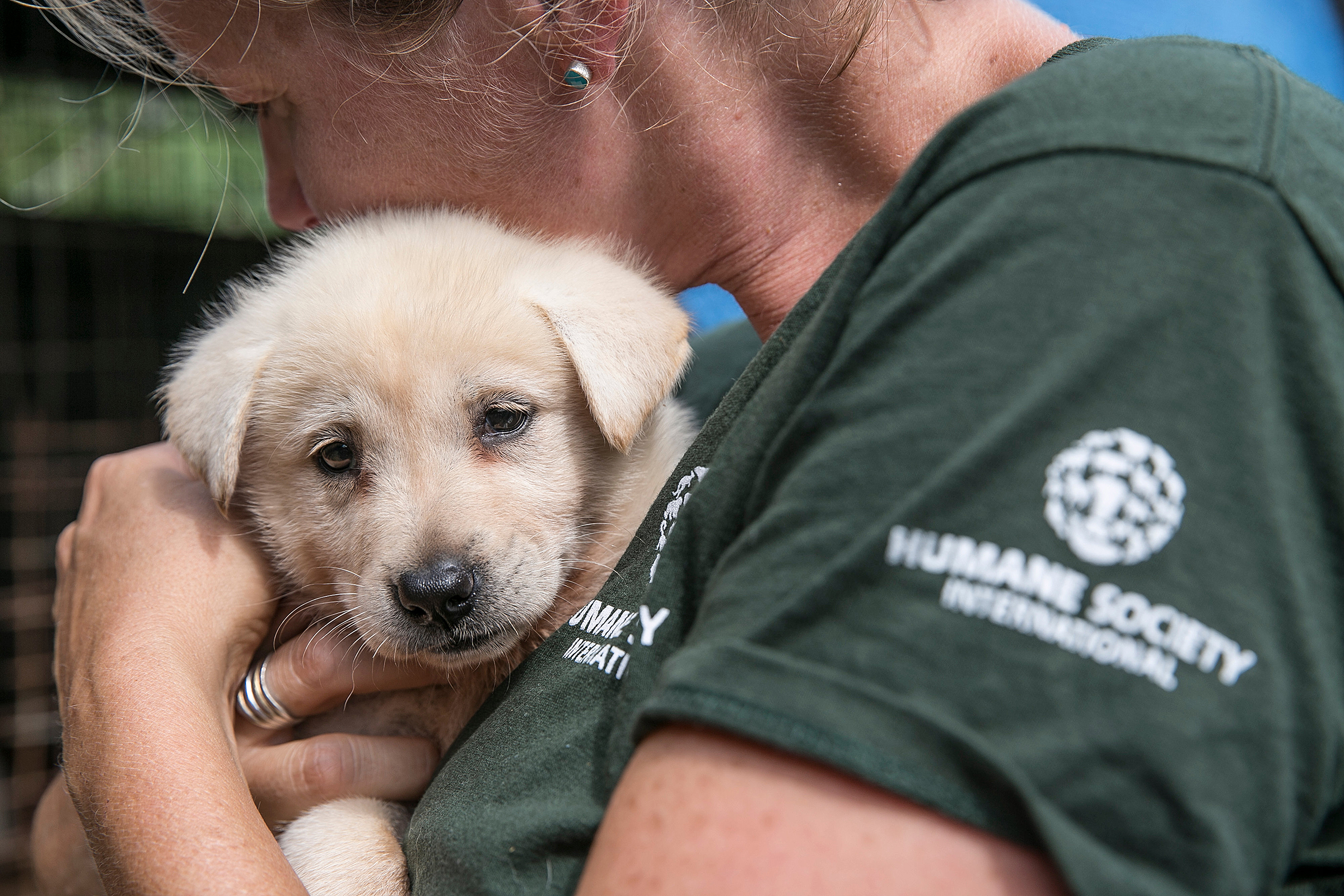 The six dogs – Maisie, Winston, Pumpkin, Oscar, Bella and Molly – recently made the journey from Korea all the way to the UK. They’re currently living happy lives with foster families while they wait to go to their forever homes – they’re hopeful this will be before the holidays. Now that they’re living in the UK, they’re experiencing privileges that they never could in the meat farm, such as running, playing, and receiving affection.

Claire Bass is an executive director of HSI/UK, and also was one of the ones who took part in the South Korean rescue team.

In a statement, she said, “These facilities intensively breed dogs in barren, factory farm-style caging, appallingly deprived conditions that no animal of any species should ever have to endure. Our dog farm closures not only shine a spotlight on that cruelty and contribute to wider efforts in the country for policy change, but they also provide a lifeline for these frightened but friendly dogs to start new lives.” 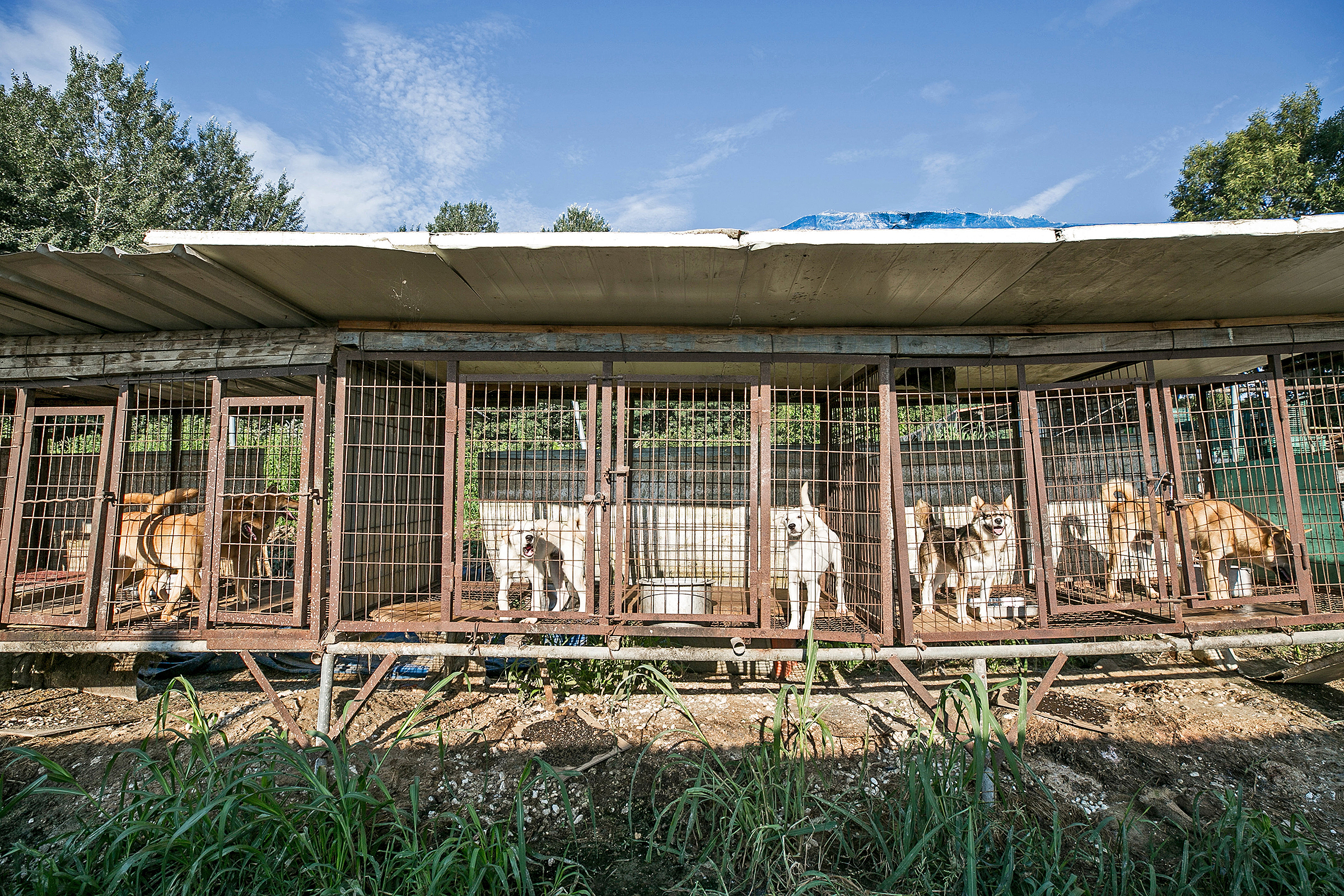 “Our six new arrivals are all settling in their foster homes while our shelter partner Chimney Farm Rescue matches them with forever families. It’s wonderful to know that instead of a cold, metal cage they will have soft, warm beds and can start to put the dog meat trade behind them,” she added.

Chimney Farm Rescue’s founder, Jenn Gilbert, said she was amazed by how quickly these dogs forgot about the darkness in their past and went on to trust humans and accept their kindness.

Gilbert said, “The six dogs who arrived – Bella, Winston, Molly, Maisie, Pumpkin, and Oscar – are just amazing dogs, and after all, they have endured they are settling into UK life amazingly. Out for walks, cuddling up to humans, lying in comfortable beds, just how all dogs should live.” 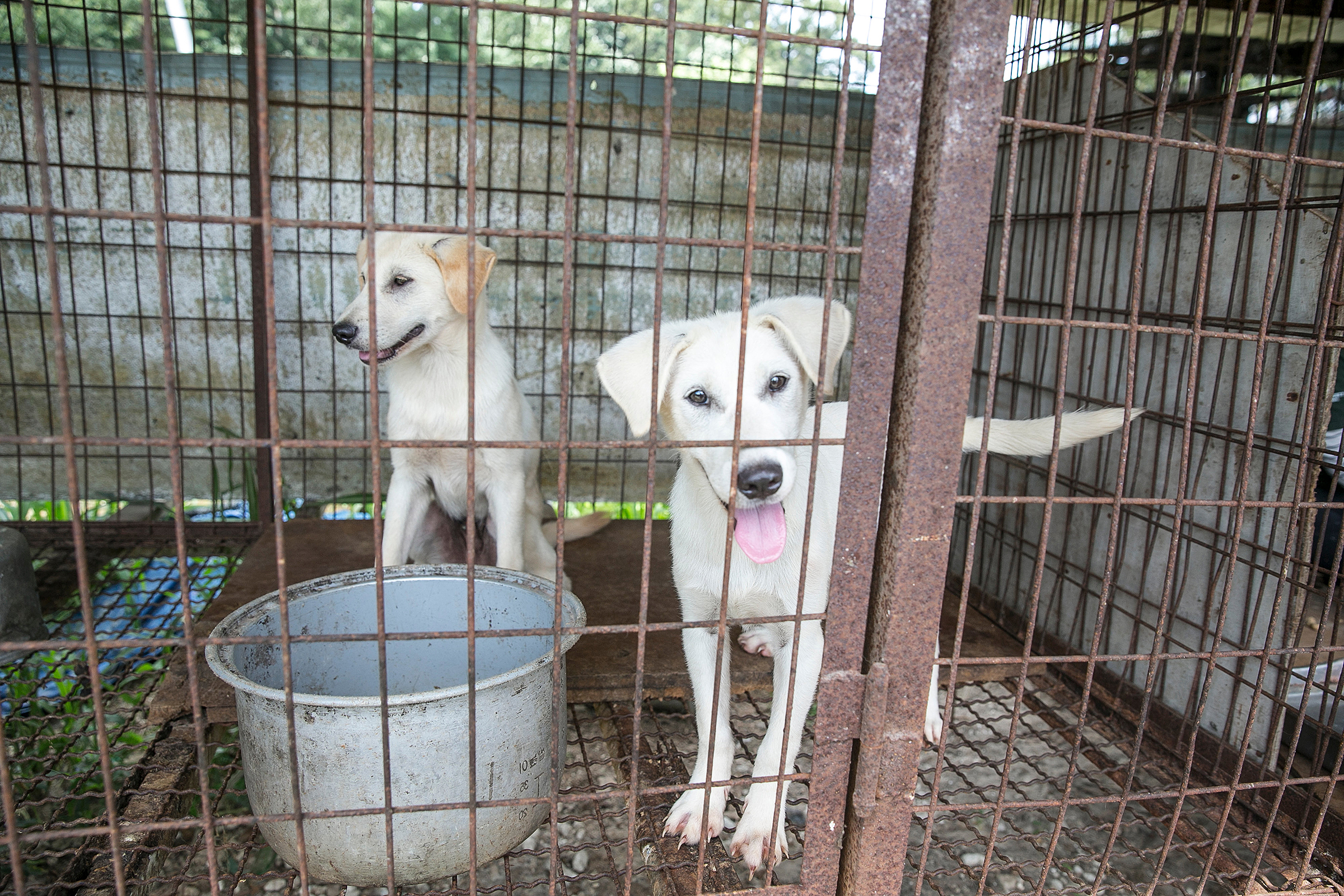 At the moment Chimney Farm Rescue isn’t accepting new adoption inquiries for the six dogs due to the number of inquiries they’ve already received.

However, potential adopters who are interested still should look on their website for further information and a chance to view other adoptable dogs.