One of the most difficult things that we will go through in life is having to say goodbye to a faithful dog. When a terminally ill military working dog was recently put to sleep, a heartbroken soldier cried while saying his final goodbye.

Huaibin can be heard asking the medics to allow him to stay by the dog’s side while the operation takes place. Some fellow servicemen remove him from the room at that time. The moment was captured on video and broadcast over state broadcaster CCTV Saturday. They also talked about what was behind their relationship. 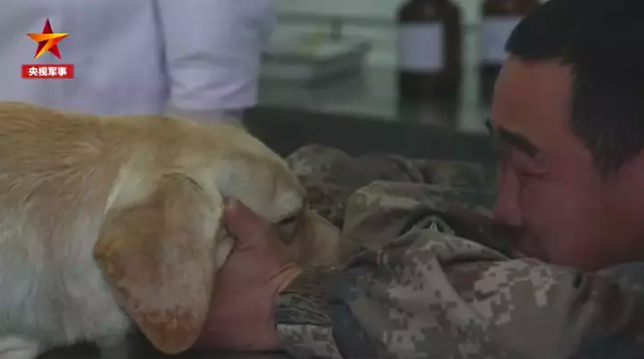 Huaibin was working with the military dog during a training session when he realized something was wrong. The dog bit into a ball and then got sick. Huaibin was concerned about him being sick so he looked into the dog’s mouth and saw a large lump. After taking the dog to a veterinarian, he found out it was a cancerous tumor.

The man continued to look for a way to treat the dog by visiting different veterinary clinics. He said: “I wanted to try and save him no matter what.”

He also said that he would continue to look for treatment for the dog as ‘long as there was a glimmer of hope’. 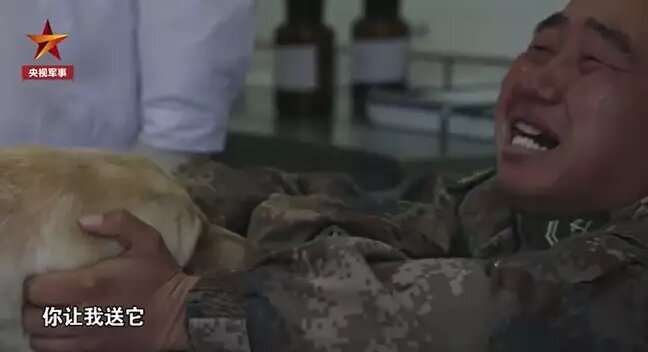 The man knew that the dog, Wu Yi was a fighter and was holding onto life. It gave him hope in a desperate situation.

He added: “The way it looked at me – it might be hard for you to understand – was a way for us to communicate. It was saying it also wanted to keep on living.”

Unfortunately, the cancer continued to spread, even after four operations. The veterinarians then informed him that the kindest thing he could do is to put the dog to sleep.

Huaibin added: “I didn’t wish him to suffer anymore. I cannot bear it.”

The soldier spent a few moments with the dog before he was put to sleep. They then provided a funeral for the dog that was attended by a number of soldiers, including Huaibin. The soldiers also saluted the dog’s tomb after the ceremony had concluded.