During a scoreless soccer game in the Republic of Georgia, play was interrupted by a cheerful stray. Perhaps he thought, since they weren’t up to much else, his little exercise wouldn’t be causing much disappointment.

The dog ran onto the field during the second half of the match between the FC Dila and Torpedo Kutaisi on October 7, the Dogington Post reports.

Having seen so little action in the first half, a few of the crowd must have welcomed the interruption. They came to see some excitement, after all. 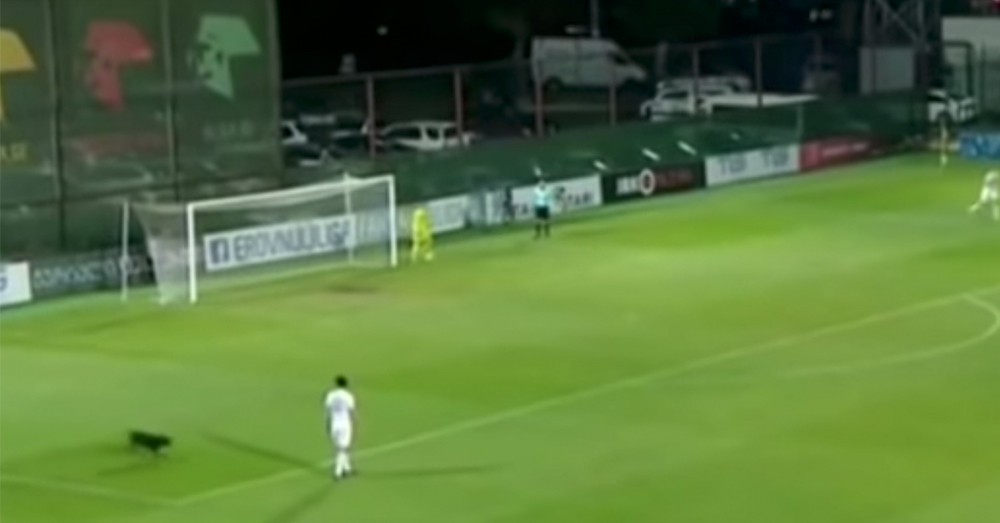 Source: YouTube/Associated Press
A dog runs onto the field.

After playing around for a bit, a goalkeeper finally caved to the dog’s demands, relenting with some belly scratches. 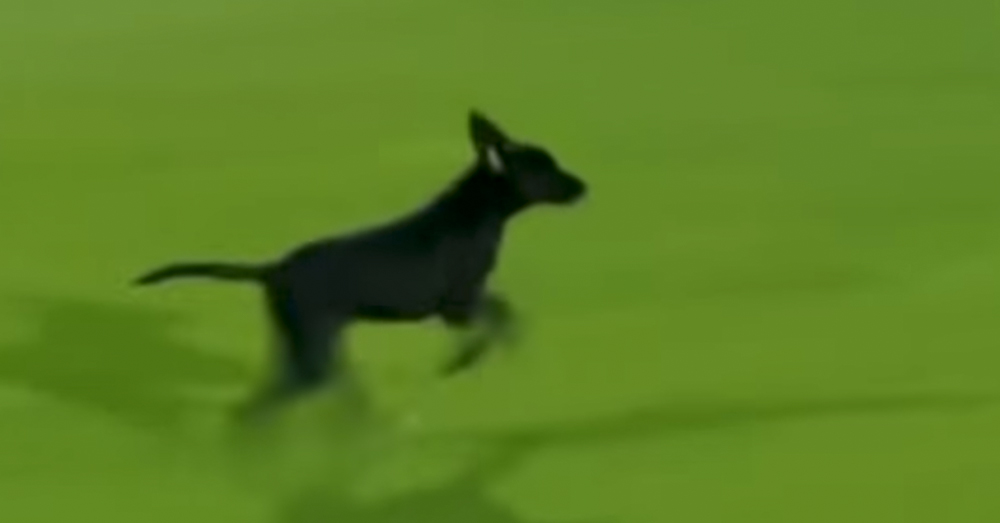 Source: YouTube/Associated Press
He seems happy to be out on the pitch!

By the end of the match, neither team had scored, but everyone enjoyed the game. 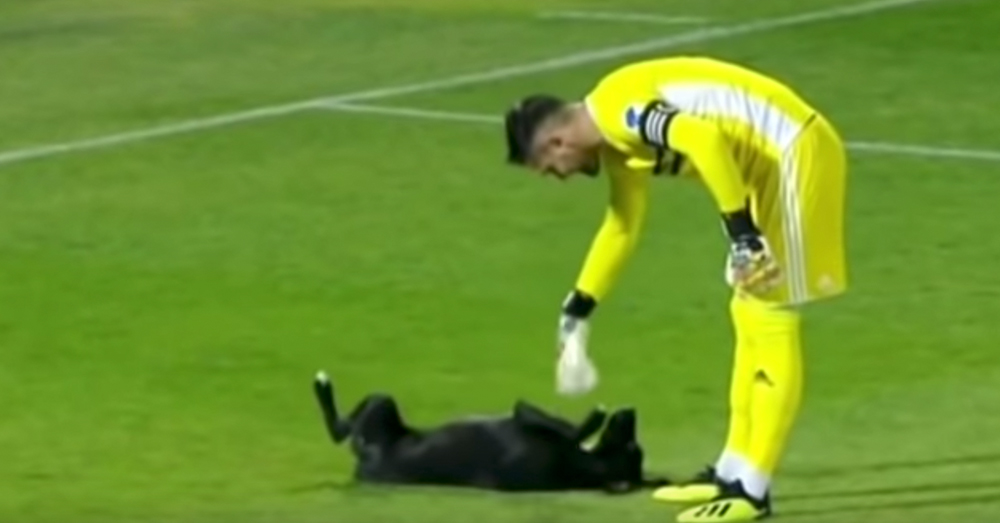 No matter your team, soccer fans around the world will enjoy this video. Watch below!