Stray Dog Crashes Wedding And Falls Asleep On Bride’s Veil, Then The Newlyweds Decide To Adopt Him

Marilia Pieroni and Matheus Gomes Martins’ wedding took place in Laranjal Paulista, Brazil on a rainy day. Because of the rain, they had to have their ceremony under a tent.

As guests began to sit down, one unexpected guest showed up: a stray dog. 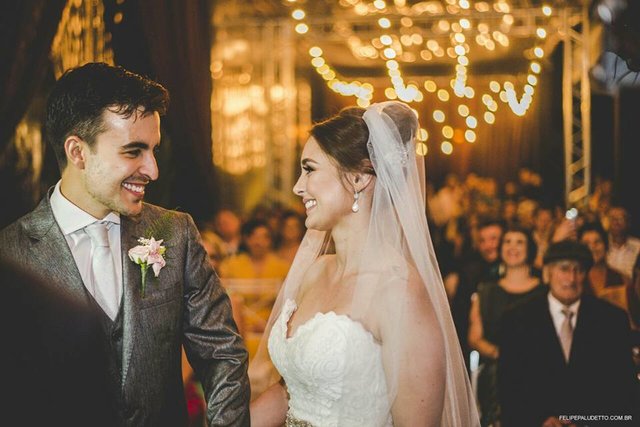 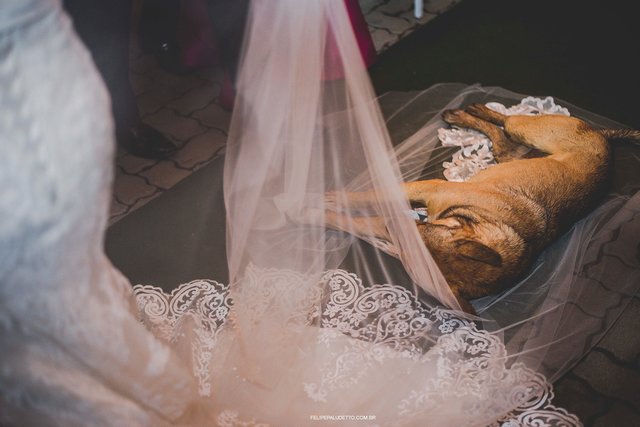 The couple thought the dog was so cute and even let him join them for the reception. He even got to have some food from the buffet! Toward the wedding, he wandered off again and was nowhere to be seen.

Once the wedding was over, the couple couldn’t stop thinking about their furry wedding crasher. They agreed to find him and adopt him! A woman got in touch with them after she saw him in the area more than a week later. 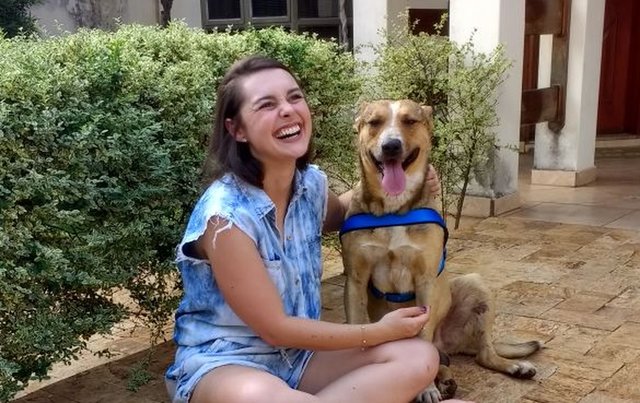 The couple reunited with the dog, who is now named Snoop, and brought him home. Snoop is so happy to have a real home and is doing very well. He is a playful, happy pup and the couple is so glad they adopted him.

It’s almost like Snoop chose them when he wandered into their wedding and plopped down on Pieroni’s veil. Fate has a funny way of working out! 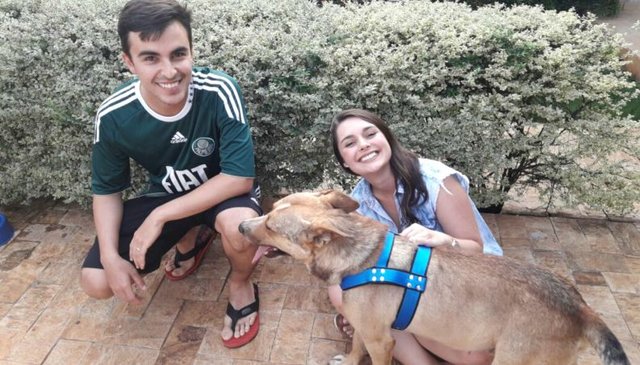 The newlyweds hope this will encourage other people to adopt.

“Here in Brazil, we have so many abandoned animals living in the street,” the bride told HuffPost. “We want to make an appeal to people to not buy animals and to adopt them instead.” 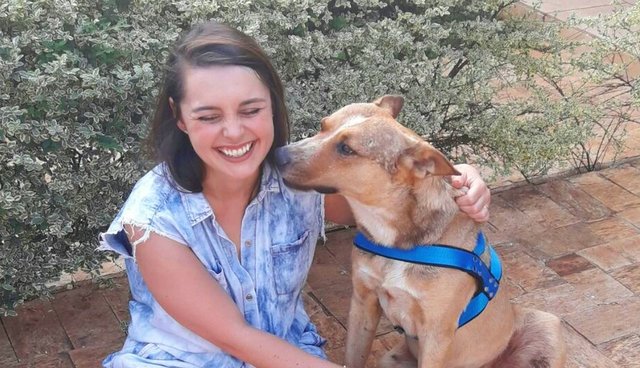