Social media apps have different filters that can give our faces many different effects. We can have a polished face, amazing eyelashes, bizarre faces, etc. Some can even give you adorable cat ears or dog snouts. But most of these filters are geared towards human beings. It makes sense, we’re the biggest consumers of these filters on social media.

Sometimes, though, we like to include our pets in on the action. We all remember the face swap filters that had very hilarious consequences when people tried to switch their face with that of their pets. But now, Snapchat has made something just for pets and it’s wonderful! 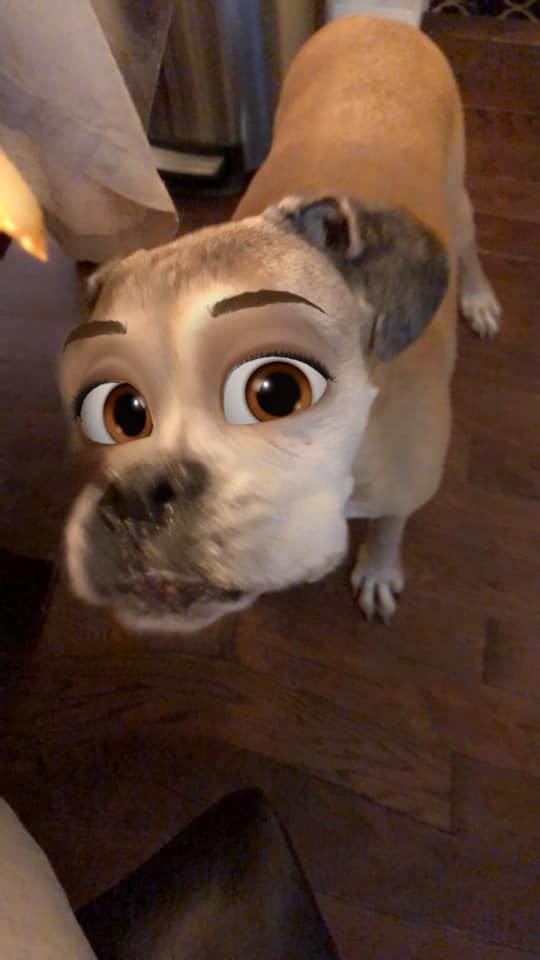 Much to the delight of dog owners, there is the filter that is known as a “cartoon face” which takes your pup and turns them into the Disney character that you always knew them to be. It’s the filter fun that we’ve all wanted.

The dog owner who found out this fact posted to the Facebook group Dogspotting Society, “For those that don’t know… Snapchat has a new filter and it basically Disneyfies your dog. YOU ARE WELCOME. Plz post your Disney dawgs here.” Alongside her post, she added pictures of her dog with the filter. The results were quite endearing. 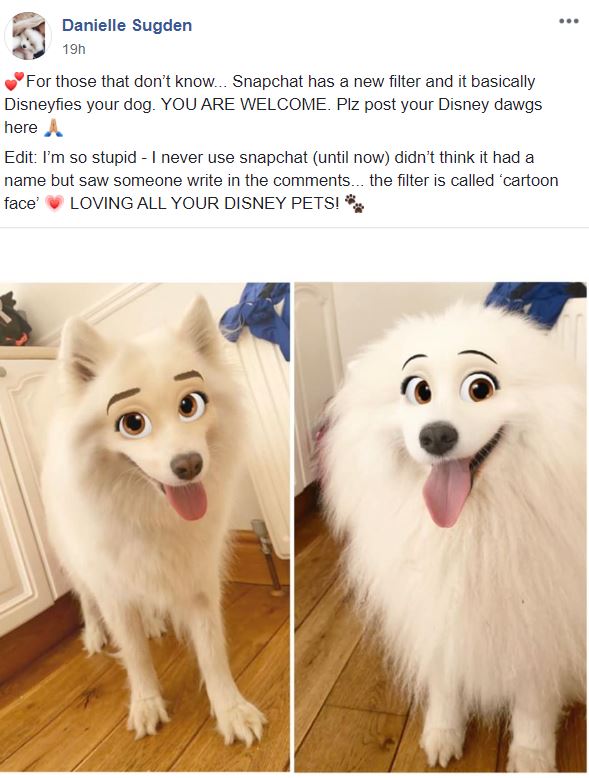 Tons of people immediately began posting comments on the thread, and it accumulated thousands of comments and shares – proof that the filter turned out to be a smash hit among pet owners. 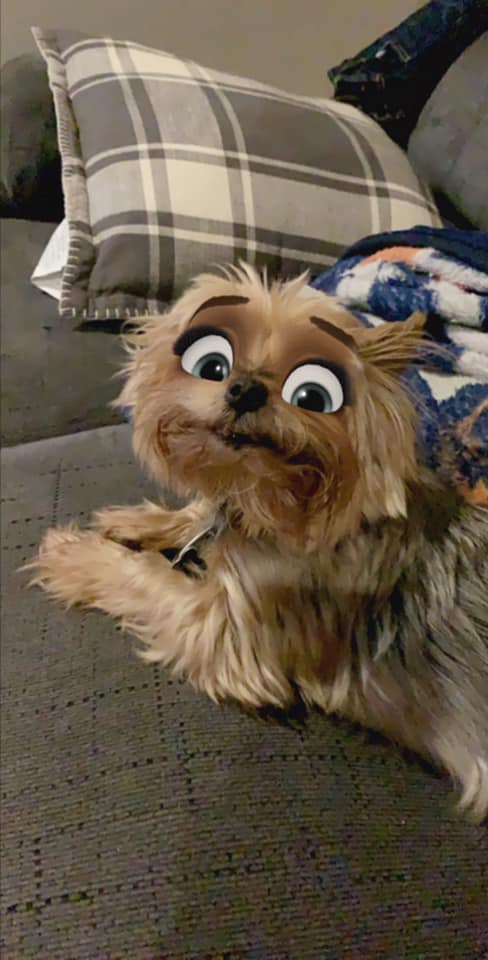 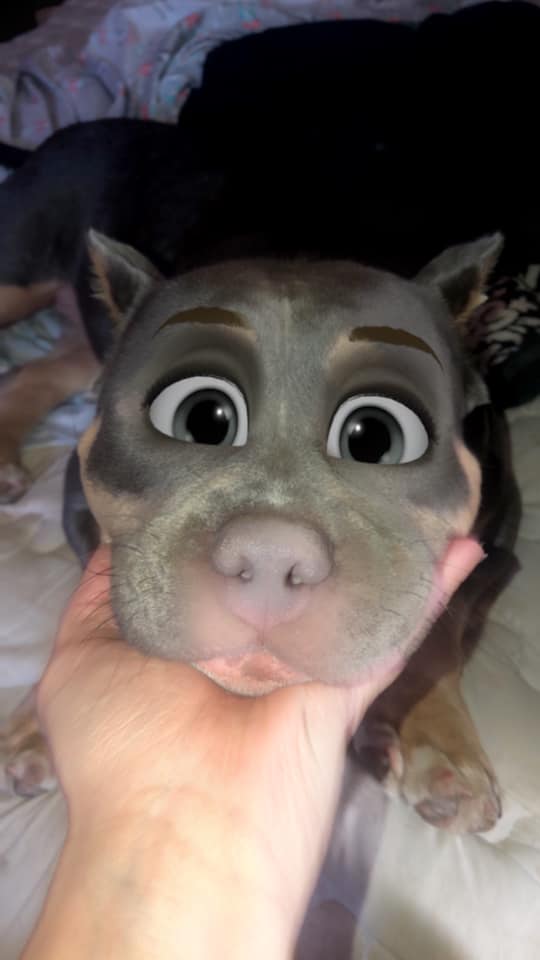 While most of the dogs whose owners used the filter on them came out looking like a Disney creation, others didn’t work quite as well. Some of the dogs didn’t fit in the filter, like the pup who ended up with the filter on his nose. Hilarious, but not exactly the desired effect. 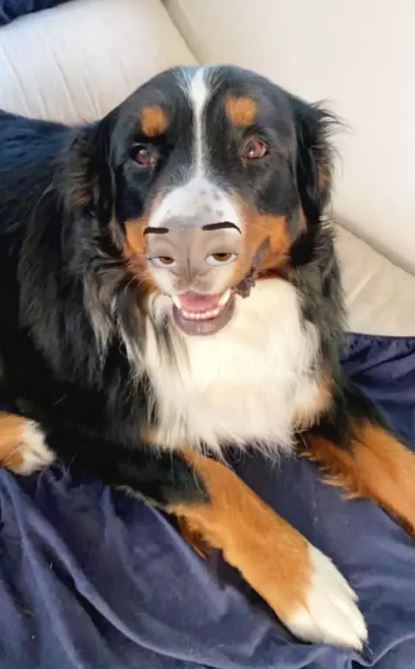 But don’t worry, your dog isn’t the only one that can use the filter. As it turns out, the filter even works on humans as well. So you and your dog can have all the filter fun you want – with less of a scare than face-swapping!

What do you think of the filter? Would you be using it? Let us know!