A Snake Got His Head Stuck In A Can, So A Brave Man Risked His Life To Help Him

Snakes can be very intimidating creatures, especially poisonous ones, and they aren’t exactly the animal that people would want to come face-to-face with.

But just like every other animal and human, snakes have feelings too. So despite how scary they can be, if a snake is in danger, animal rescuers will still do what they can to help them. 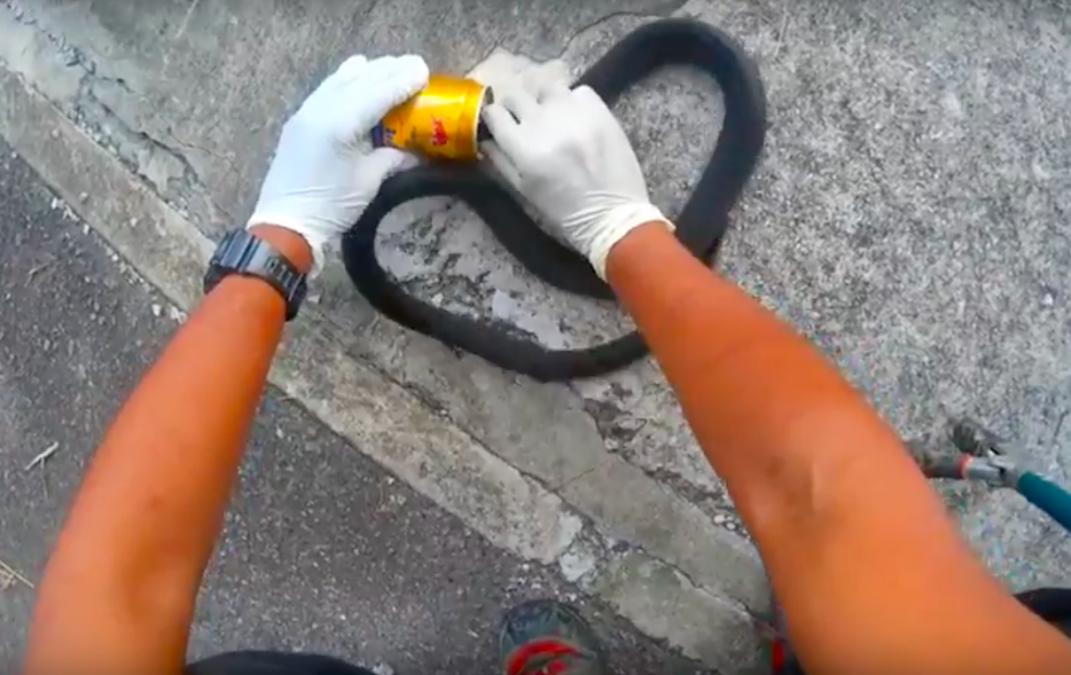 One brave man did just that when his rescue team, ACRES Singapore, discovered a big snake who got his head stuck in a soda can and was unable to get out on his own. 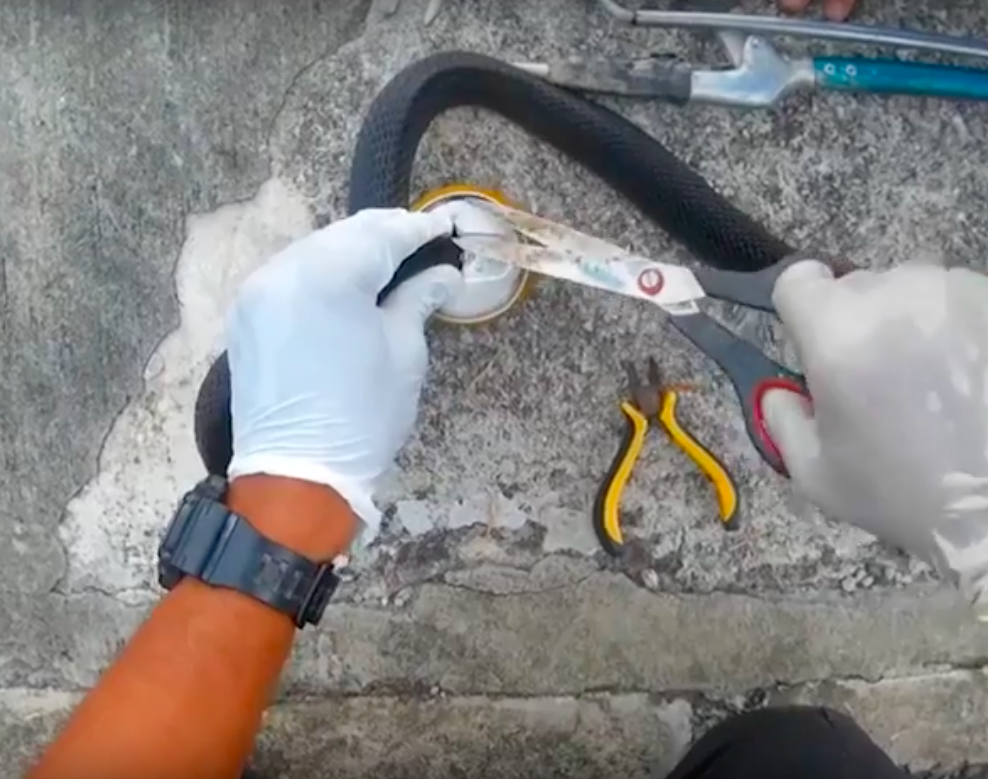 The snake’s head was in the small opening at the top, so the man wasn’t able to just pull it right out. He had to carefully cut the top of the can to make a big enough hole for his head to fit through without getting cut by the metal.

The snake turned out to be an equatorial spitting cobra. These snakes are poisonous and spit venom, but this man risked his own life to save him anyway. 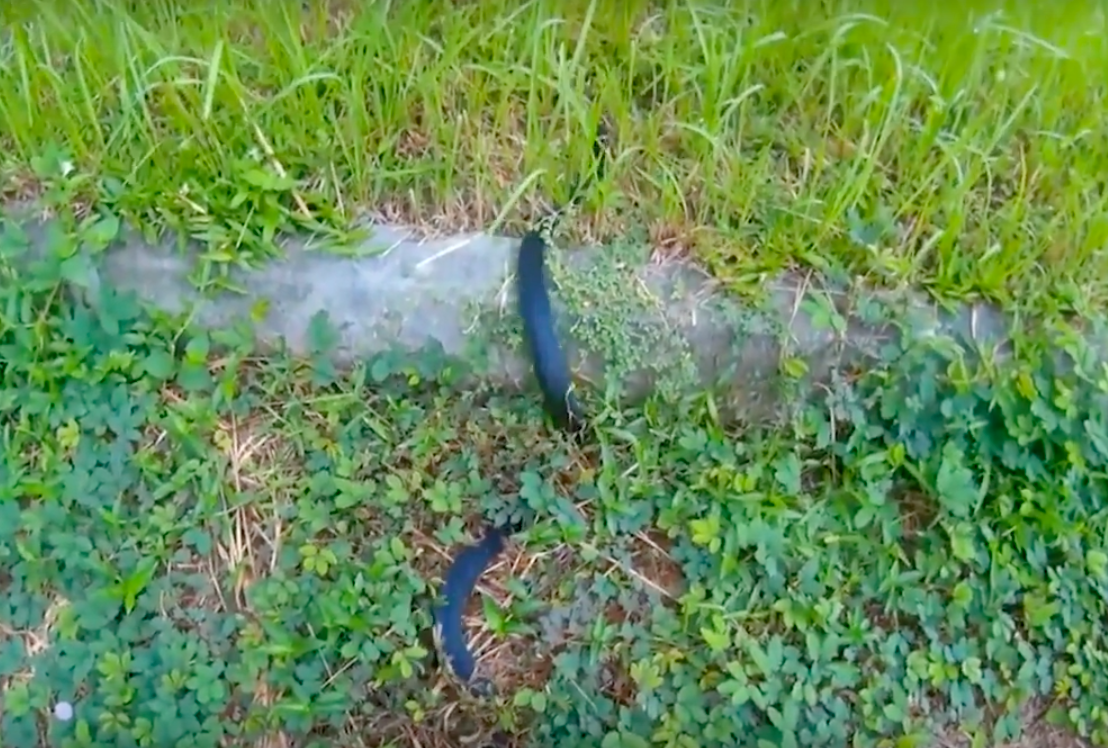 Once the hole was big enough, the man slowly wiggled his head out of it. Then he released him back onto the grass where he slithered away to freedom. If it weren’t for this brave, kind-hearted man, this snake would have eventually died. With his head stuck in the can, he wouldn’t have been able to eat anything.

Snakes deserve second chances just as much as we or any other animal does, and thankfully this fella got one too!