Extinction is an idea that people alive today have become much more acquainted with than generations past. The planet’s fauna are dying off at an alarming rate, many of them for the rest of time. And, though it’s unusual for humans to pinpoint the definitive last member of a species before it reaches its end, it does happen.

Lonesome George was the last Pinta Island tortoise, and died at the age of 102, the last of his kind in the nation of Galápagos. The same story followed Martha the passenger pigeon, who passed in 1914, and Benjamin the thylacine, in 1936.

Humans were more than partly responsible for the extinction of these species. Efforts to protect them came too little too late. The last two northern white rhinos, Najin and Fatu, may soon meet this same fate. And before them, the snails. 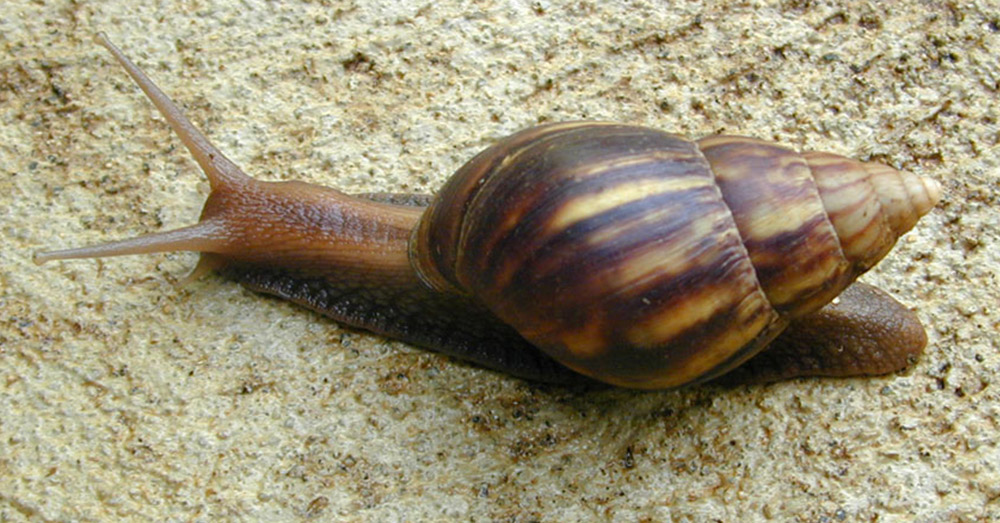 Source: Wikimedia Commons
The snails of Oahu are dwindling.

David Sischo works in a 44-foot green trailer in Kailua, Oahu. In 2018, he witnessed the ending of the last Achatinella apexfulva, a 14-year-old snail named George. After years of caring for the snail, Sischo felt a great void left by George’s passing. An entire species had been erased from the planet, and he had witnessed its disappearance.

“It is happening right in front of our eyes,” he told the Atlantic. 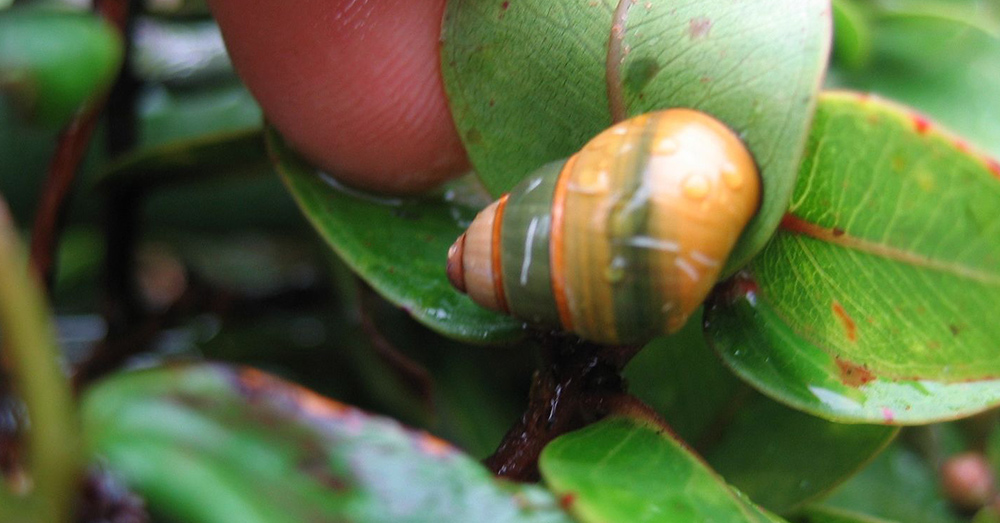 On the islands of Hawaii, more than 750 species of snails can be found adorning the native trees with shiny, earth-toned shells, like holiday decorations. Eons ago, these snails were likely introduced to the islands by migratory birds. Today, they face a fight for their lives as new predatory species like rats and chameleons devour them whole. Even worse, Euglandina rosea the rosy wolf snail, hunts down other terrestrial gastropods and eats them right out of their shells.

Conservationists have built special structures to protect threatened snail populations from E. rosea. For the most part, they have been successful, but that doesn’t stop the voracious rosy wolves from coming to the door. 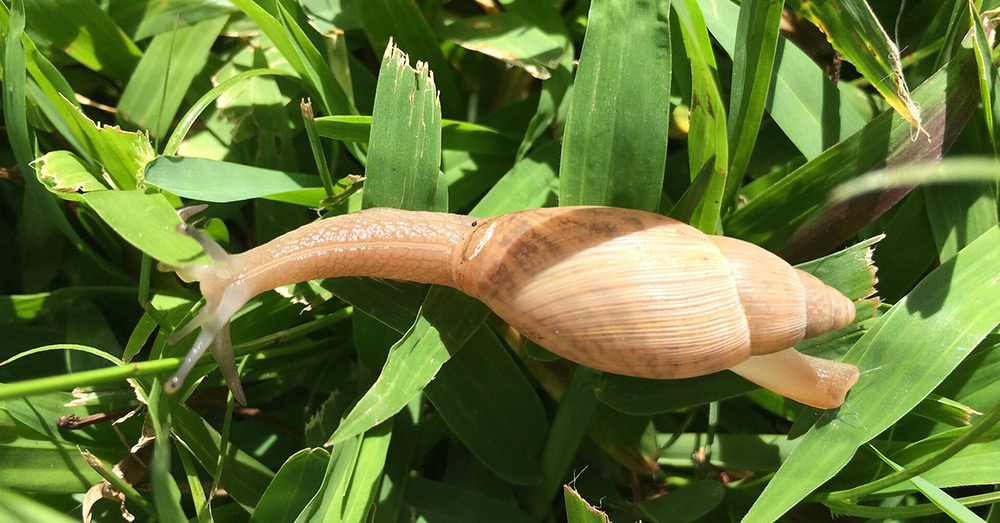 Source: flickr/Scot Nelson
The rosy wolf snail is one of the biggest threats to Oahu’s native snails.

In Sischo’s trailer lies the last bastion of defense for some of Oahu’s most threatened mollusks. Just six plastic cages hold the entire world’s population of Achatinella fuscobasis. Thirty-four other species make up the rest of the trailer’s residents, all of them extinct in the wild, or close to it.

To some, the work of Sischo and his team may seem in vain. In 2014, when his team found seven snails of a species that had not been observed since the 1980s, they were overjoyed, but they had nowhere to put the creatures. They returned two years later in hopes of saving what few molluscs may have been left, but the snails were all gone.

“We clipped every freaking leaf on that tree, and nothing,” Sischo said. “That will probably haunt me for the rest of my life.” 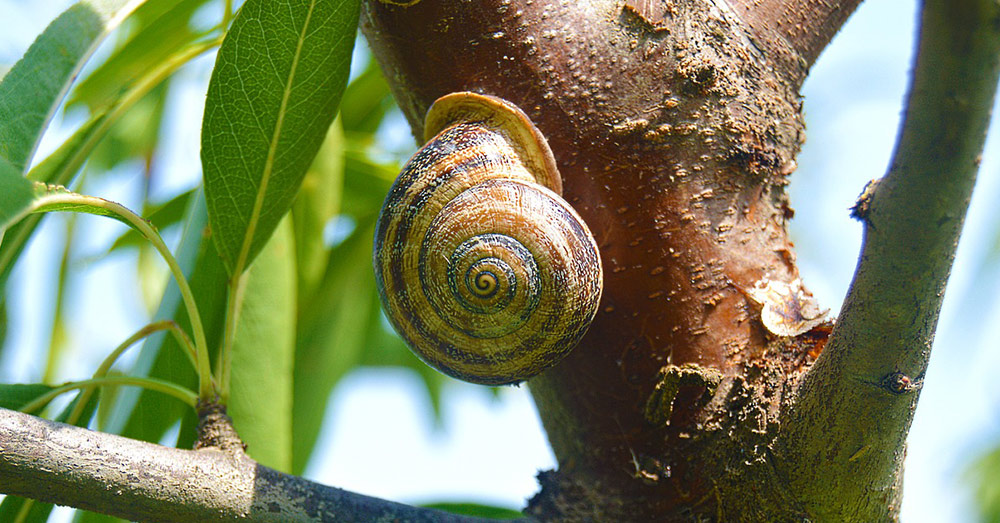 Source: Max Pixel
David Sischo and his team care for Hawaii’s most threatened snails in a 44-foot trailer.

That’s not to say that there haven’t been wins. In 2013, Sischo’s team located Achatinella fulgens in a copse. Without their trailer available to bring the snails to, the researches had to try other methods of protecting the snails from E. rosea. The covered the trunks and branches of the trees with salt and Vaseline.

E. rosea was kept at bay, until a landslide washed the trees away. Fortunately, the team was able to locate and preserve six surviving A. fulgens. The population has more than sextupled since then.

“I think we’re on a very good trajectory,” Sischo said. “In five years, they could go back out into the wild.” 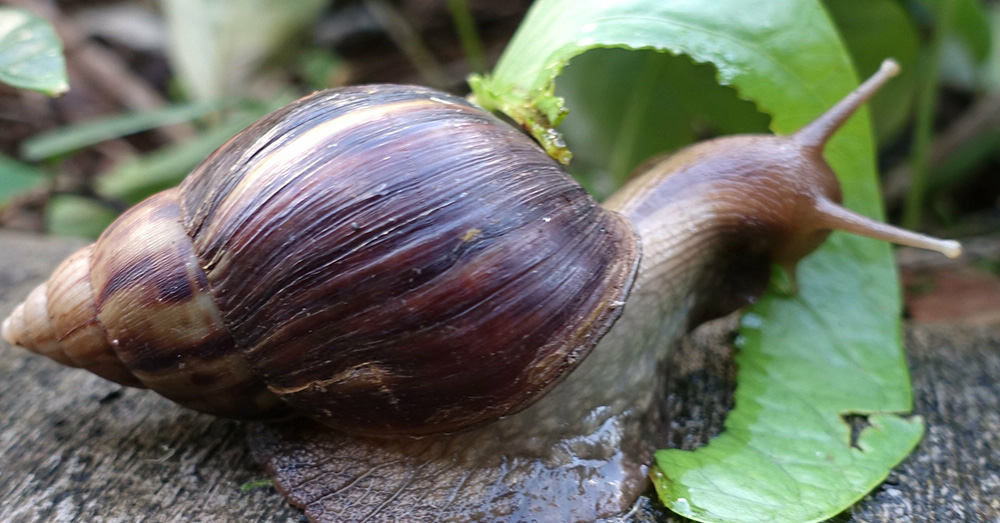 Source: flickr/Scot Nelson
Sischo believes we will lose 100 more snail species within the next decade.

The same success may not be possible for many other species of snail, however. At the current rate of decline, Sischo believes that we will lose 100 more species within the next 10 years.

“I think everyone, when they hear about something going extinct, thinks that there’s time,” he says. “But we’re the last people who can do anything about this.”