“I looked under a car, and there was a cat. It came right up to me. It was really sweet,” Tate Snyder told WLWT 5. But when she started petting the cat, Snyder saw blue dye rub off in her hands. “She got in my car with me and sat in my lap in the car, and then I brought her inside and realized she was more or less covered in ink,” she said. 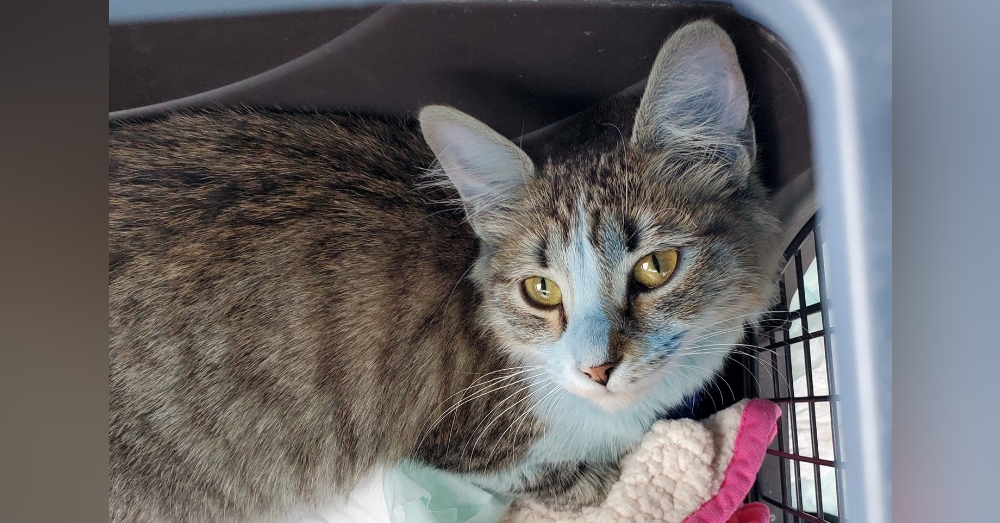 At first, the woman assumed the cat had probably been pranked by some local punk kids. But after finding images of other cats painted blue, green, or purple online, Snyder realized these colorful hues were often signs of something more sinister.

According to her research, dog-fighters often paint bait animals with colorful hues, allowing others to bet on which innocent cat will die first in the ring. After washing the cat with dish soap, just in case the dye was toxic, Snyder dialed up Sweet Dream House Rescue to see if they agreed with her suspicion. 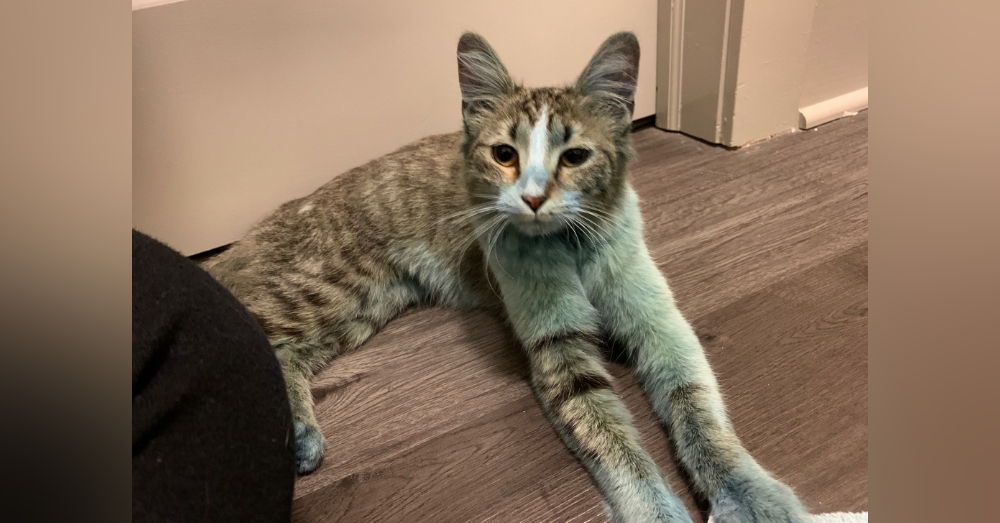 “I told her to send me pictures right away, and she did and I said, ‘Oh, that doesn’t look good,'” said Sue Strunk, the shelter’s vice president. “We have seen other rescues that have ones that were painted, but this is the first one we’ve had one painted like that.”

Unfortunately, rescuers — who had started calling this cat Smurfette — were about to discover that this colorful kitty’s troubles were far from over. When rescuers took Smurfette to the vet for a check-up and vaccinations, the long-suffering feline was also diagnosed with a grade 5 heart murmur. Now rescuers are seeking a foster family willing to shower this “purr-baby” with love and affection while she waits for her echocardiogram appointment. 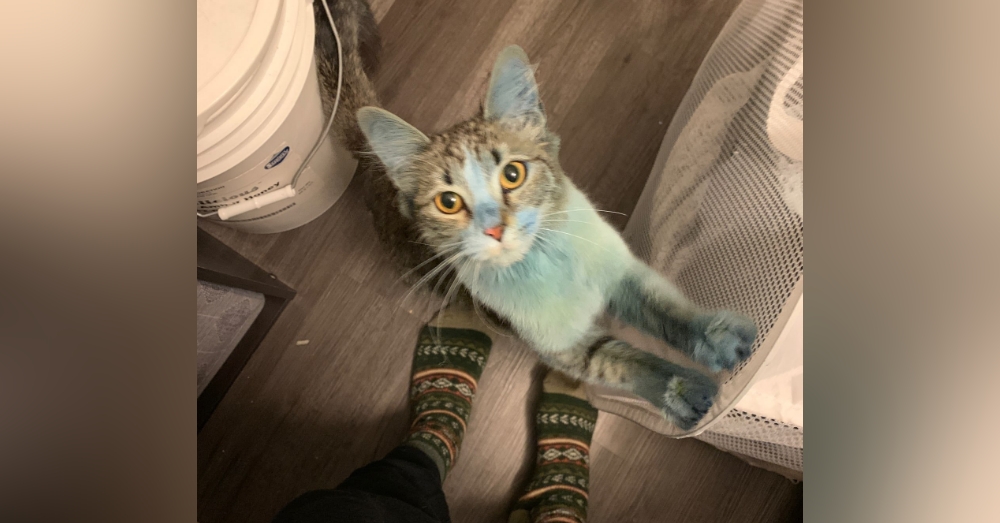 “Awareness about animal cruelty is important to get it to end,” rescuers wrote on their Facebook page, indicating they don’t know for sure why Smurfette was dyed blue, but that they suspect a local dog-fighting ring is likely to blame.

“We appreciate everyone’s caring and concerns and we will keep you updated,” they continued. “We need a temporary foster to let her relax and stay calm until we can figure out what the next steps are,” they said. Please contact Sweet Dream House Rescue if you think you can help this sweet kitty!