During World War II, Corporal William (Bill) A. Wynne of Cleveland, Ohio, paid another soldier 2 pounds Australian (about $6.44 at the time) so he’d have some competition in a card game. In return, the soldier gave Wynne a Yorkshire Terrier he found in an abandoned foxhole.

He named it Smoky.

It didnt seem like much to the corporal, but years later, that dog would save Wynne’s life. 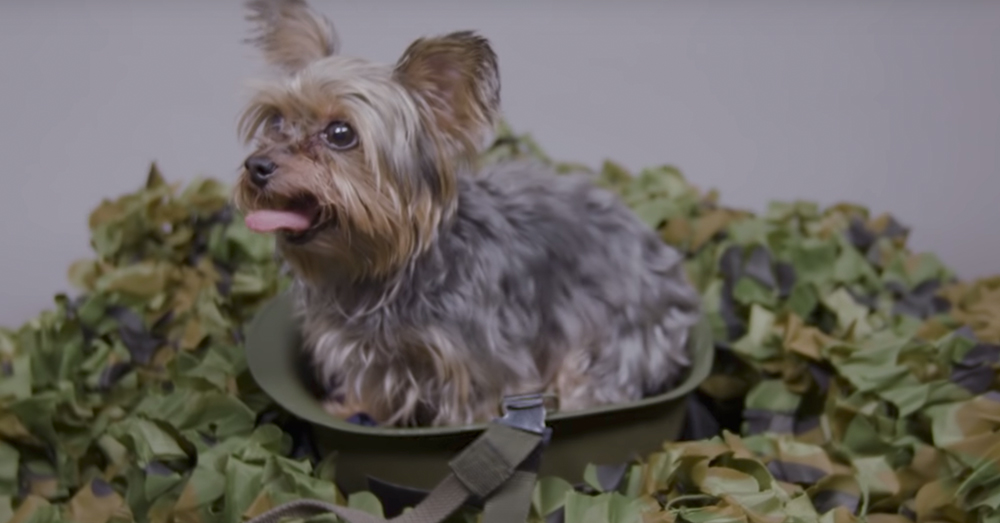 According to America Comes Alive, Smoky was found in the New Guinea jungle by Wynne’s eventual poker partner in 1944. She didn’t seem to respond to basic commands in Japanese or English, and to this day, there’s no telling where she came from.

Shortly after Wynne taught her a few simple tricks, she proved her merit, both as a dog and a soldier. 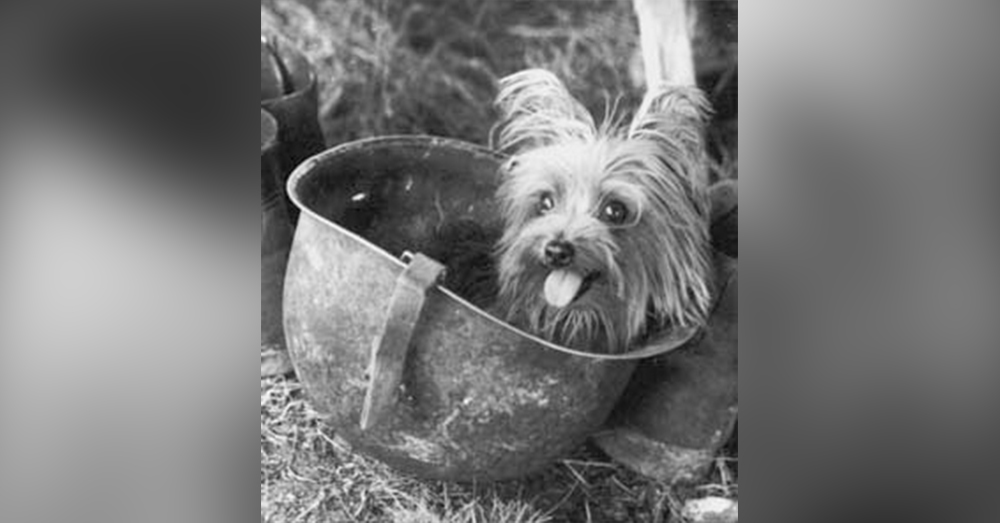 Smoky once led Wynne safely though an explosive rain of shelling from a transport ship, kept him safe in skirmish after skirmish, and shared his rations. She also kept the troops entertained, performing tricks that Wynne taught her between bloody battles in the jungle. 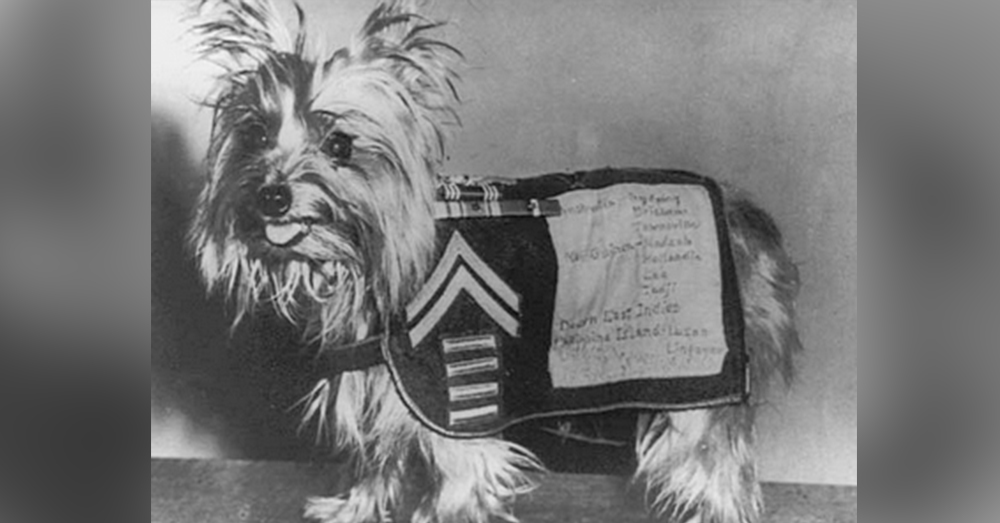 “I tied a string (tied to the wire) to Smoky’s collar and ran to the other end of the culvert,” Wynne would tell NBC after the war. “[Smoky] made a few steps in and then ran back. `Come, Smoky,’ I said sharply, and she started through again. When she was about 10 feet in, the string caught up and she looked over her shoulder as much as to say `what’s holding us up there?’”

“The string loosened from the snag and she came on again. By now the dust was rising from the shuffle of her paws as she crawled through the dirt and mold and I could no longer see her. I called and pleaded, not knowing for certain whether she was coming or not.”

“At last, about 20 feet away, I saw two little amber eyes and heard a faint whimpering sound . . . at 15 feet away, she broke into a run. We were so happy at Smoky’s success that we patted and praised her for a full five minutes.” 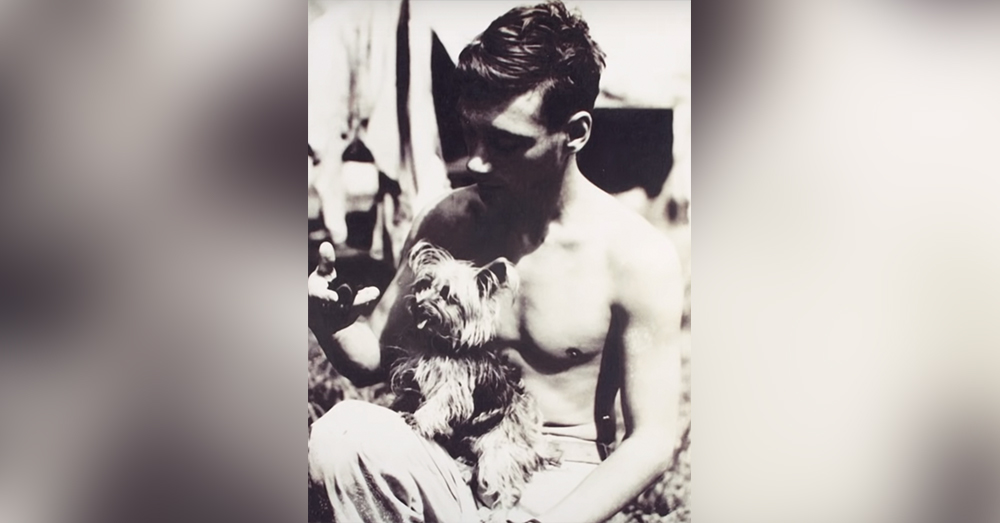 As a member of the 5th Air Force, Smoky was recognized for engaging in 12 separate combat missions during WWII, for which she would receive eight battle stars. After the war, she made multiple television appearances, amusing audiences with her tricks, and comforting injured veterans as the first therapy dog in the United States. 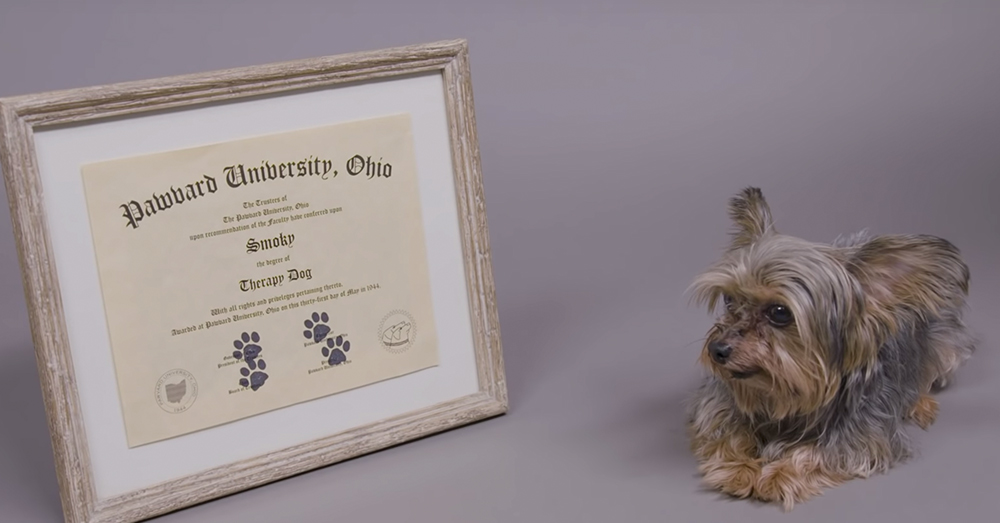 As Dog Heirs reports, Smokey lived to be 14 years old. She died in 1957, and was buried in Cleveland Metroparks.

Learn more about Smoky in the video below.