Tangled up in barbed wire with no way to escape, a female sloth bear cub was trapped and in desperate need of a miracle to break free. 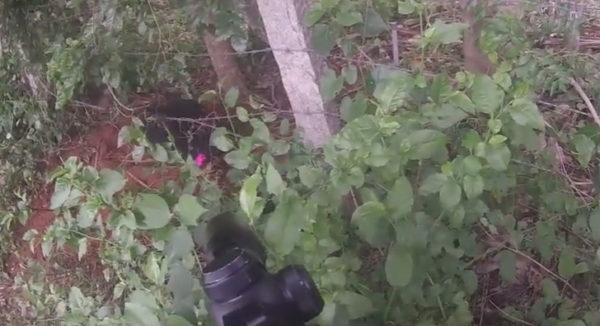 The sloth bear cub is spotted and shot with a tranquilizer.
(Photo courtesy of Wildlife SOS/YouTube)

The bear cub was in luck as she was found by Good Samaritan farmers who reached out for help. “Local farmers at a Betel nut plantation were shocked to find a barbed wire intertwined around the young cub’s waist,” according to an article at The Times of India. 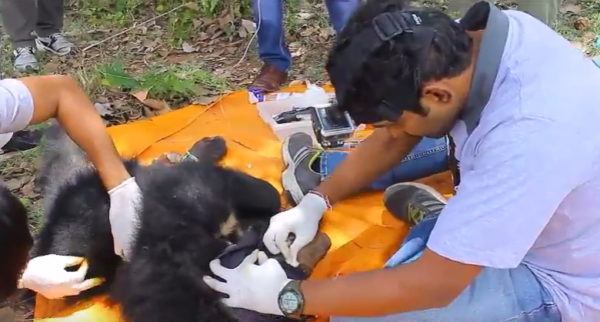 An emergency call Aug. 21 from Chinnappa, the Range Forest Officer of Koratagere village in Karnataka in the south western region of India to Wildlife SOS set a rescue in motion. Wildlife SOS is a nonprofit organization dedicated to saving and protecting wildlife.

Apparently, the bear tried to break free from the wire and struggled for some time. That made the situation worse, “causing the metal wire to tighten its grip around the waist and entangled fur,” the article said. In a four-hour-long rescue, the Wildlife SOS team from Bannerghatta Bear Rescue Centre and Forest Department officials “had to first immobilize the animal before cutting through the wire.” 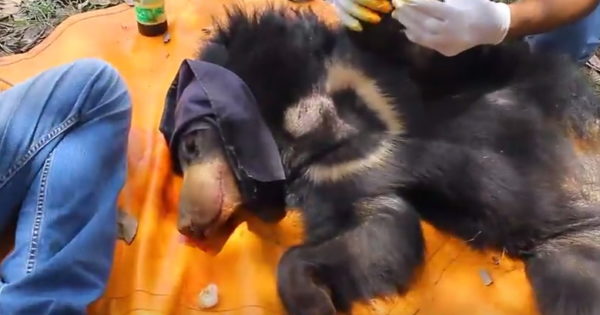 The bear cub under sedation.
(Photo courtesy of Wildlife SOS/YouTube)

Various wild animals including sloth bears travel to remote villages in the area as they search for fruits and berries to consume. Farmers, in turn, lay down barbed wire fences to deter the wildlife from hurting and eating the crops, according to the article.

While under sedation, the team assessed the bear cub after they removed the wire. Her wounds were treated. 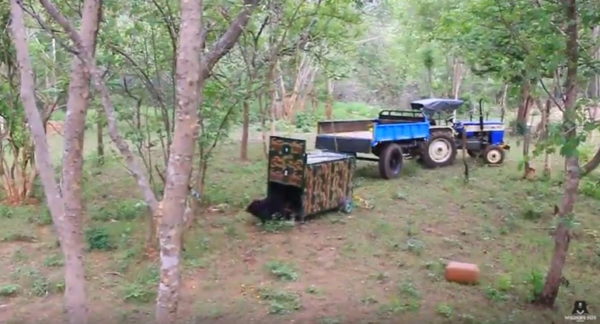 The bear cub is released.
(Photo courtesy of Wildlife SOS/YouTube)

“Apart from sustaining minor cuts and bruises, she lost a tooth from gnawing on the metal wire,” Dr Arun A Sha Director Veterinary Operations, Wildlife SOS told The Times of India.
“We had to gently cut through the wire and administer topical treatment for the wounds along with anti-inflammatory injectables,” the vet said. 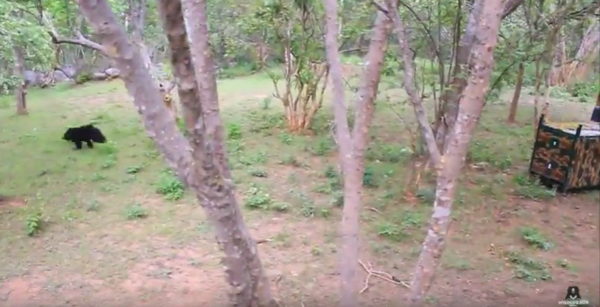 “The bear was transferred to a transit facility where it was kept under observation for a few hours and later released back into its natural habitat,” the article stated.