Diver Filming Sleeping Sharks Gets A Surprise From Curious Pufferfish

When the diver in this video came across a den of sleeping sharks, he thought it best to let them catch up on their beauty sleep.

It is a den of sharks, after all.

But just a few moments into this surreptitious nap snap, an unexpected visitor come into frame. A curious puffer fish makes its way into view after lurking in the shadows.

Perhaps it just wanted to say “hello.” Perhaps it had an urgent question to ask. Or perhaps, it was just trying to warn the diver that there was danger nearby. 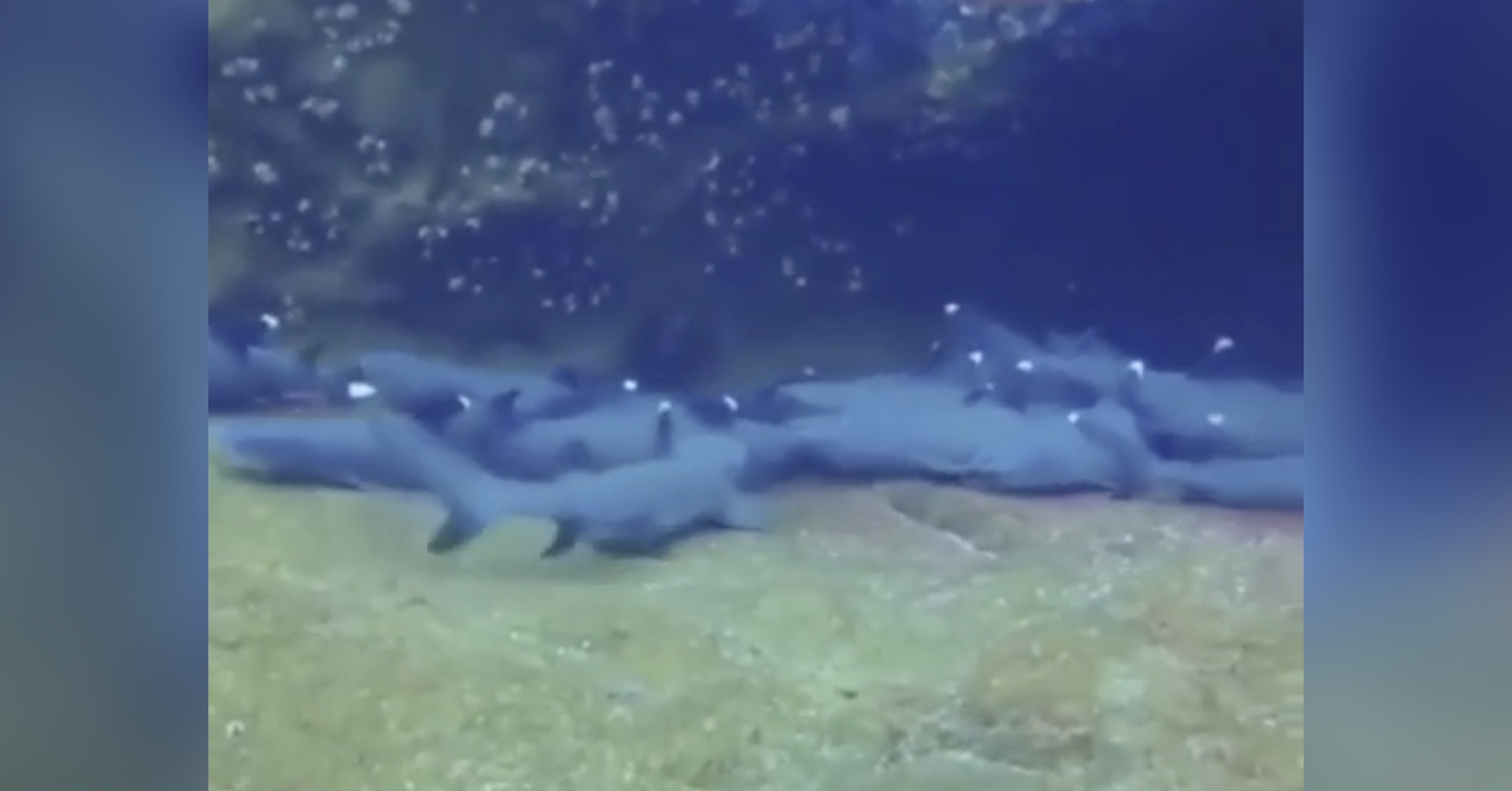 Source: Reddit/u/unnaturalorder
The diver came across a den of sleeping sharks.

To be fair, as Redditor u/f87thar pointed out, the little fish’s arrival in front of a cluster of sharks is ironic, “because the puffer’s tetrodotoxin is way more lethal than whatever those sharks are packing.” 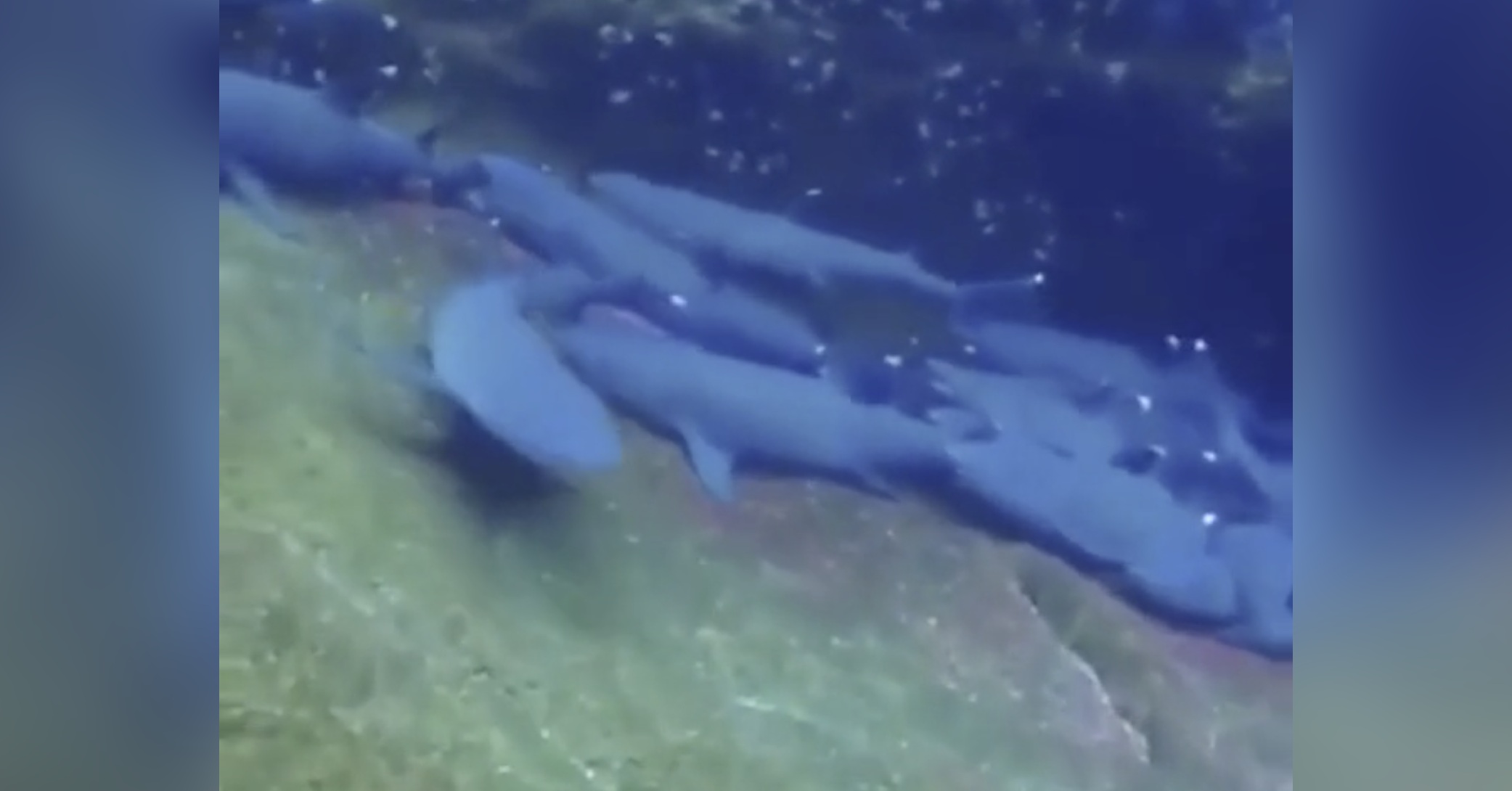 Source: Reddit/u/unnaturalorder
Beautiful, but what happens if these sharks wake up?

Other redditors offered up suggestion as to what the puffer fish might say, had it the capacity to speak English, or at least a close facsimile. 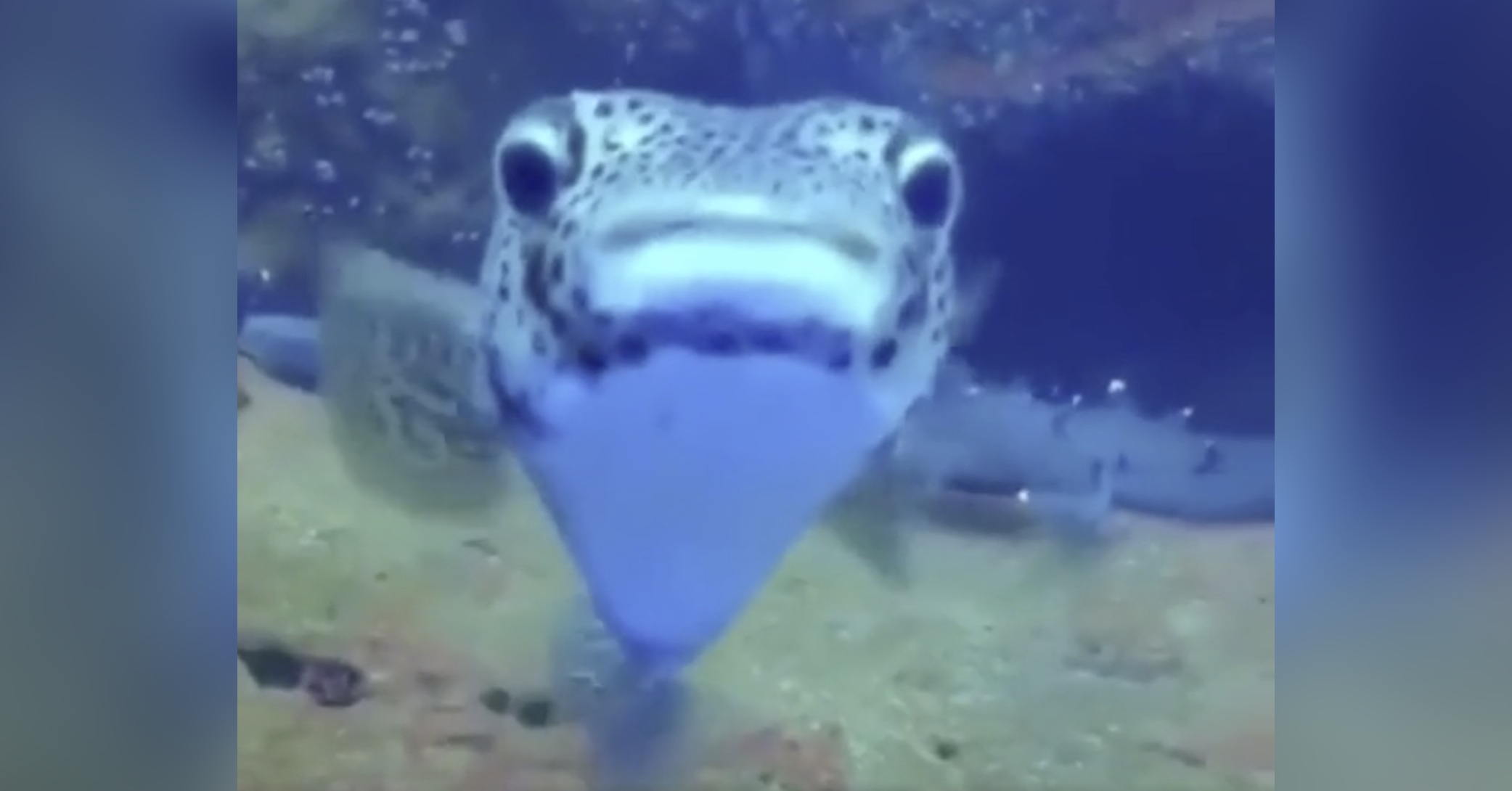 Source: Reddit/u/unnaturalorder
“Hello there,” the puffer fish seems to say.

“He’s their bodyguard. ‘No pictures. I said NO PICTURES!'” wrote u/Offamylawn

“U don’t want to see me startled,” suggested u/hospitalizedGanny. 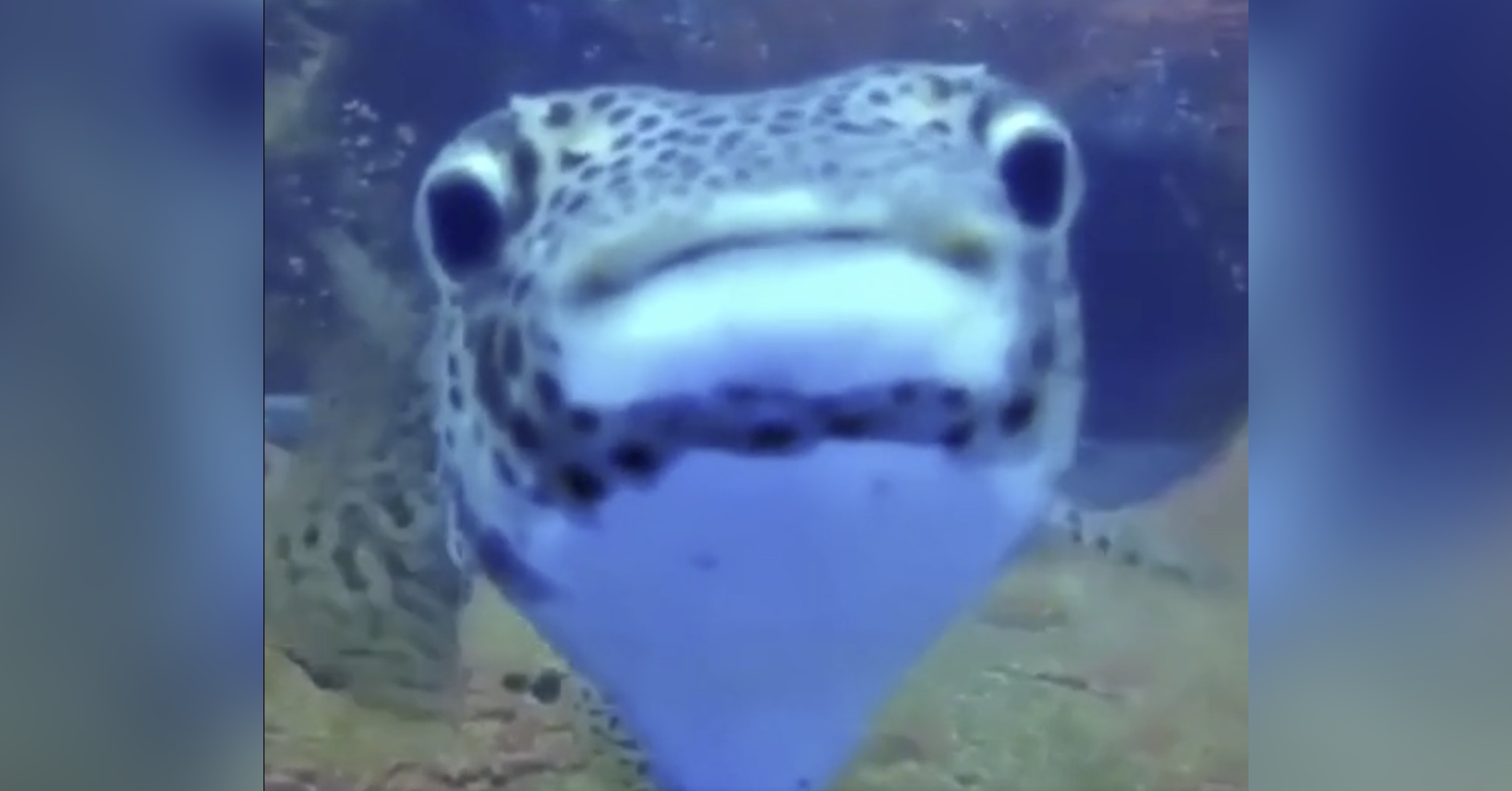 Source: Reddit/u/unnaturalorder
The curious puffer fish gets a closer look.

“You got any games on your mobile?” commented u/RamboLoops.

“I feel like it’s more like ‘I’m over here! I’m the real star of this show! They’re lazy bums sleeping on the job!'” wrote u/Eyehopeuchoke 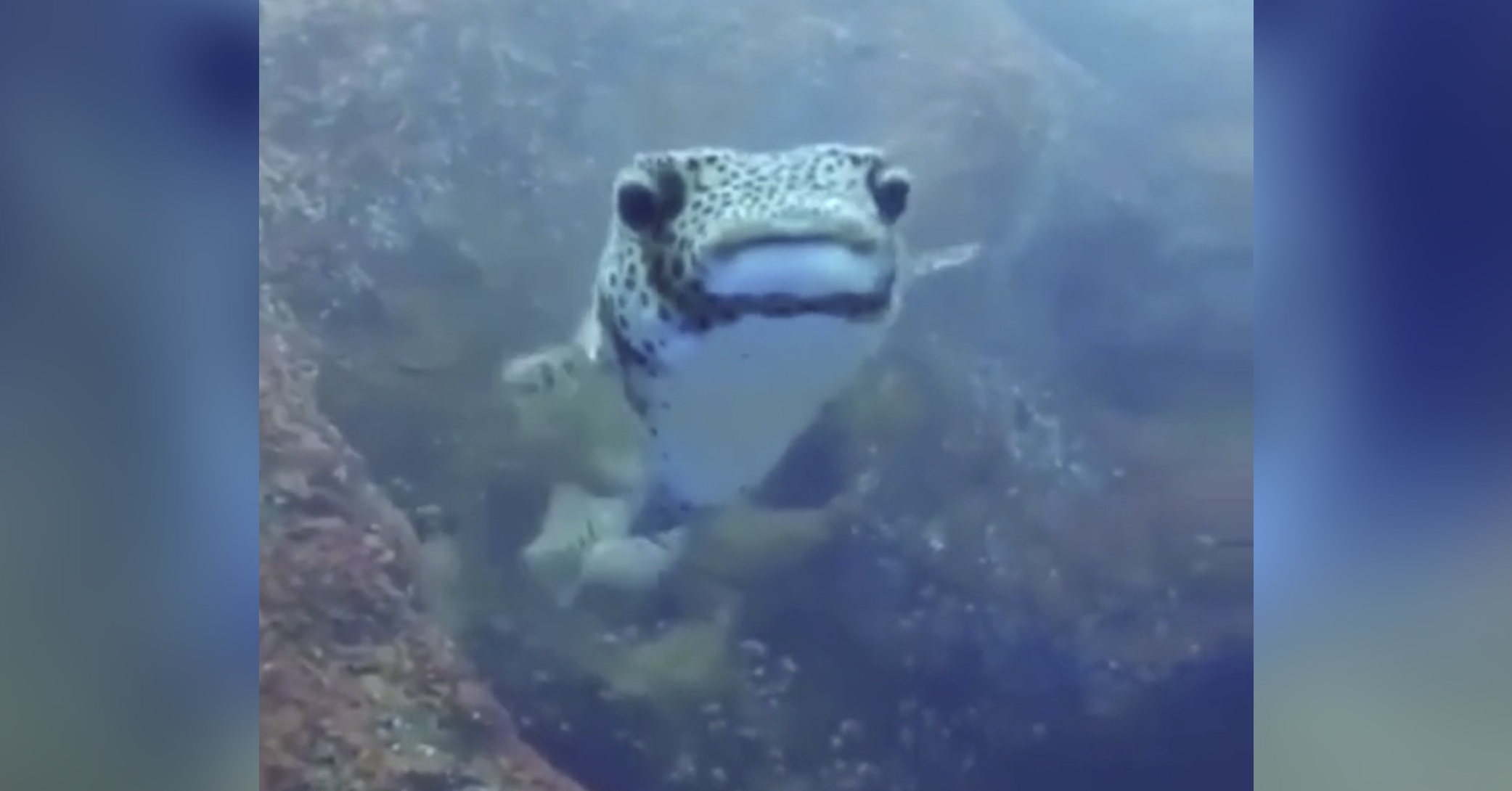 Source: Reddit/u/unnaturalorder
It’s been fun, gotta run before the sharks wake up!

Whatever the little fish was trying to do, one thing is for certain, puffer fish are downright adorable when they are not trying to kill you. Even when they are, it’s still a little adorable. Some of the cutest killers in the world, these timid little Tetraodontidae.

See more of this fishy photobomb in the video below.

Escaped Tortoise Explores The Wilds Of Tennessee Before Being Found 74 Days Later: Click “Next” below!