The Dark Side Of Thailand’s Coconut Industry: Slave Monkeys

Coconut products are in high demand around the world but they may come at a price.

Thailand is one of the world’s top producers of coconut products, but an undercover investigation by PETA revealed the dark side of the country’s coconut industry – slave monkeys.

Pig-tailed macaques are social and intelligent monkeys that are great climbers, but are sadly used by many plantations as “coconut-picking machines”. The monkeys are illegally captured as babies and spend their lives chained or tethered with no social interaction. 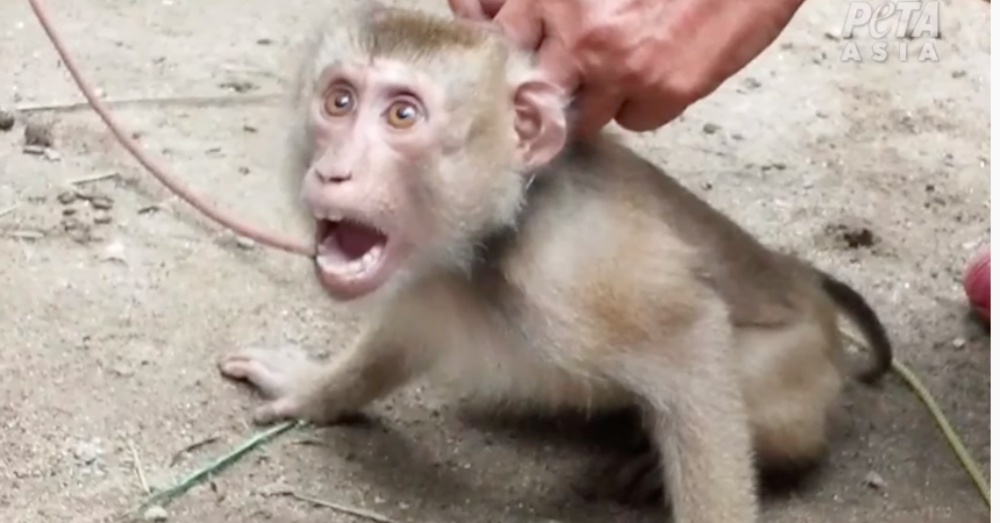 “One monkey in a cage on a lorry bed was seen frantically shaking the cage bars in a futile attempt to escape, and a screaming monkey on a rope desperately tried to run away from a handler,” PETA said.

Did an abused monkey pick your coconuts?

After they are captured the monkeys are put through training at “monkey schools”, where chains are placed around their necks and they are taught to pick ripe coconuts. The instructors at the observed schools used fear, pain, and starvation to train the monkeys, and any who act out are at risk of having their canine teeth pulled. 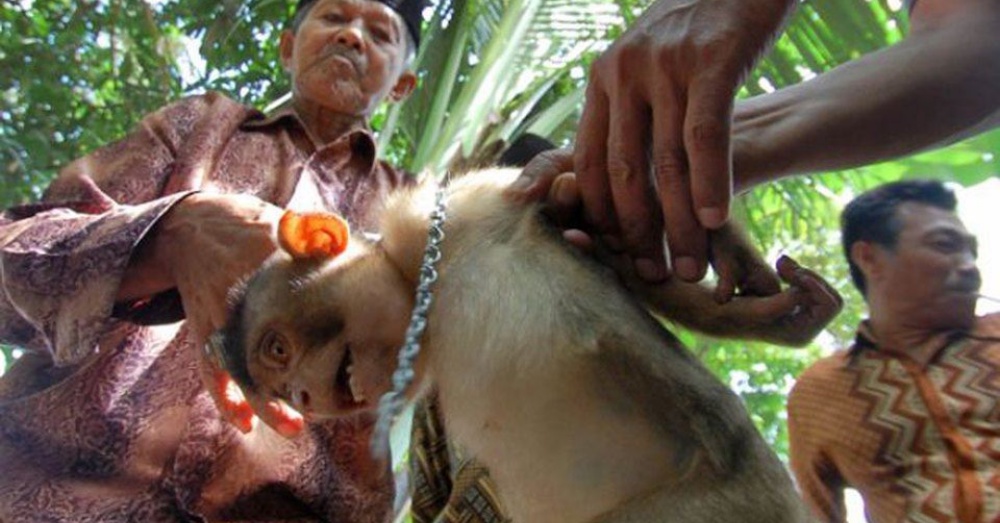 Once the monkeys have completed three months of training they are sold to farmers that force them to pick up to 1,000 coconuts a day, six days a week.

“In Thailand, monkeys pick 99 percent of the coconuts harvested,” reported The Huffington Post. “One handler admitted that sometimes ‘the monkeys are so tired from picking coconuts that they faint.'” 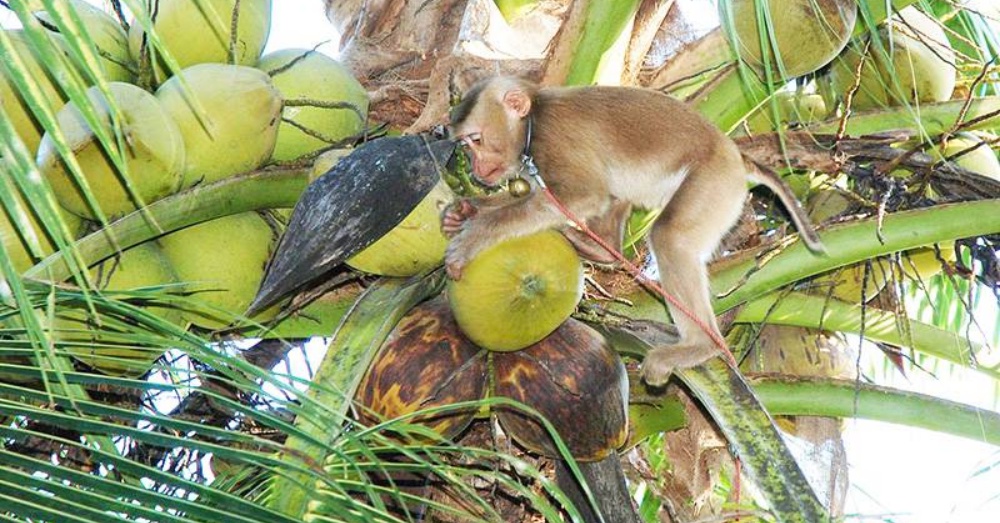 In addition to picking the coconuts, the monkeys must retrieve any fallen coconuts and place them on a truck. Then they are transported in cramped cages and tethered outside unable to interact with one another, causing them to pace back and forth.

Many farmers view them as free workers that can pick more coconuts than humans, which can pick roughly 80 a day, and don’t require insurance or a paycheck. 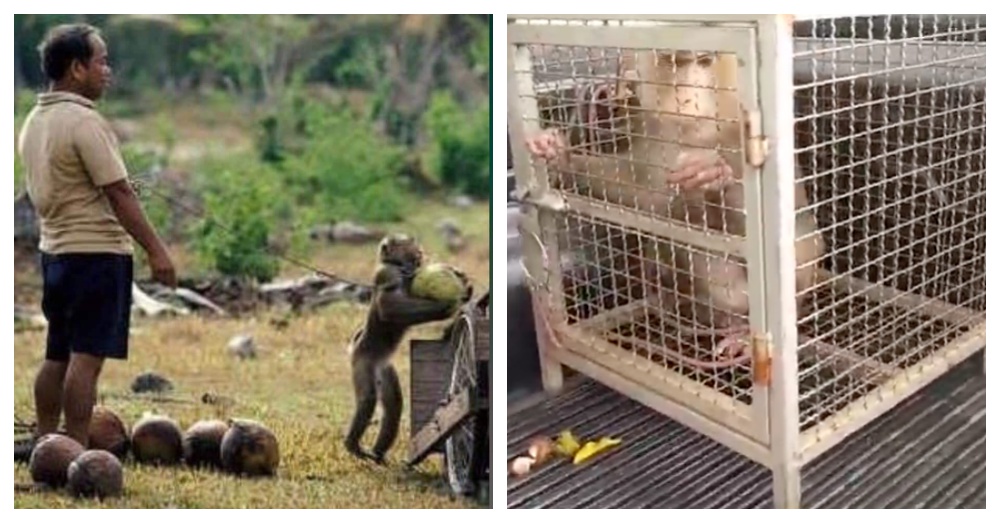 The undercover investigation found eight plantations in Thailand that forced chained monkeys to climb up and down 50-foot tall trees and pick heavy coconuts for export around the world. 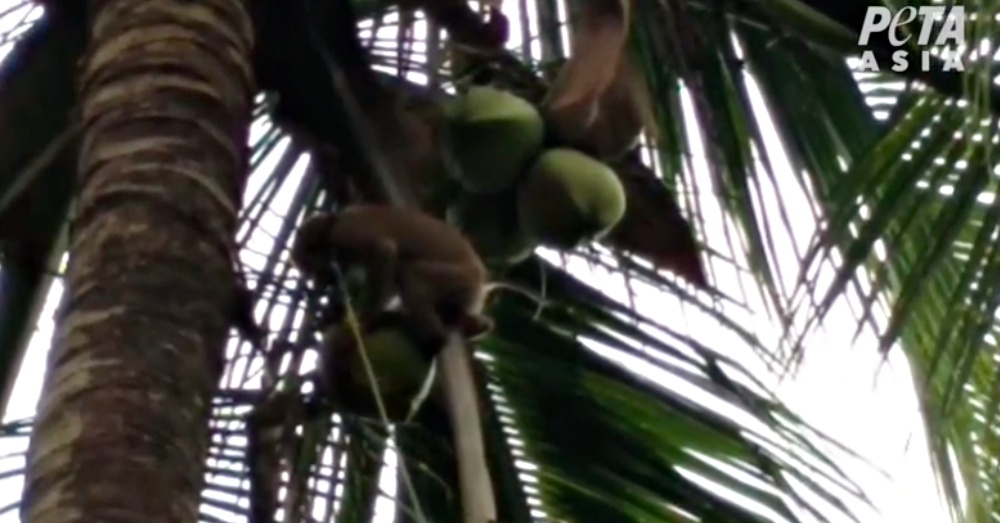 “PETA Asia investigators visited eight farms where monkeys are forced to pick coconuts—including those for Thailand’s major coconut milk producers, Aroy-D and Chaokoh—as well as several monkey-training facilities and a coconut-picking competition. At each one, they documented that these sensitive animals were abused and exploited,” wrote the animal welfare organization.

Sadly, most farmers in Thailand use this inhumane method to harvest coconuts. There are a few plantation that don’t use slave monkeys but they unfortunately are the exception rather than the rule.

There is a humane way to pick coconuts but it doesn’t involve monkeys. 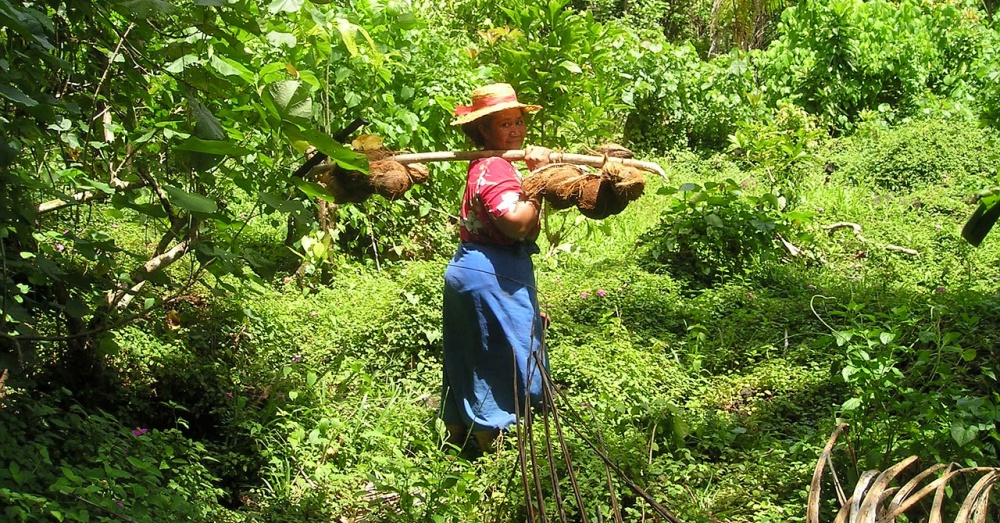 Studies have actually found that these alternative methods are “superior to using monkeys, who can’t distinguish between ripe and unripe fruit, and the ripe coconuts get bruised when the monkeys drop them to the ground.” 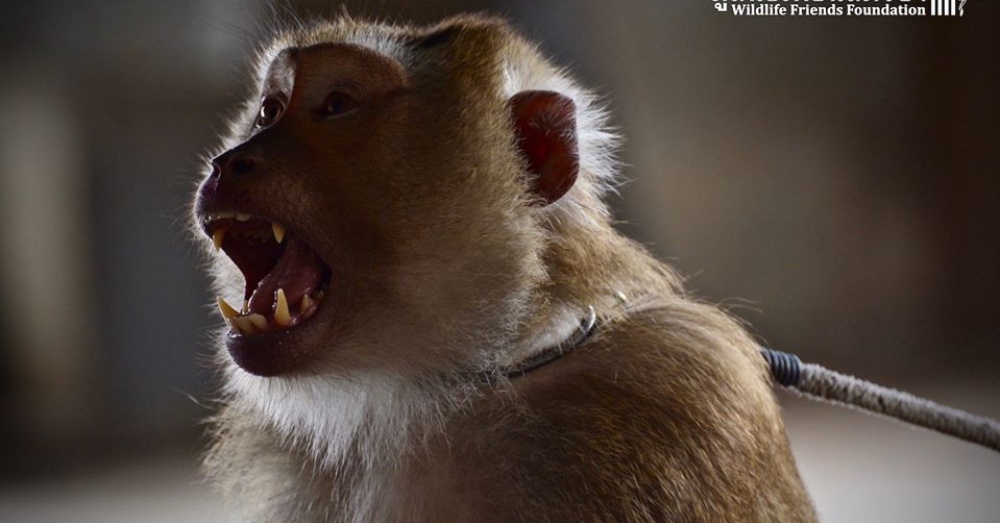 After hearing about the inhumane treatment of monkeys at various Thailand plantations, over 17,000 retailers have started to pull the listed brands from their shelves. One giant retailer, Tesco, told the BBC, “We don’t tolerate these practices and would remove any product from sale that is known to have used monkey labour during its production.”

Watch the disturbing PETA exposé below and don’t forget to share. Please read the label and don’t purchase coconut milk, oil, water, or any other coconut product from Thailand that use slave monkeys. Check out this list of approved brands that get their coconuts from monkey-free plantations. Together we change the world.

Six-Year-Old Boy Speaks Up When He Sees Baby Elephant Being Beat With Stick In Thailand: Click “Next” below!