Man Sees Skunk With Cup Stuck On His Head, Then Rescues Him Moments After He Was Nearly Hit By Car

Two friends were driving when they noticed a skunk in the middle of the road, spinning in circles. The poor little guy had a cup stuck on his head, and he was unable to get it off. Since it was over his head and blinding him, he was unable to see where he was and was at high risk of getting hit by a car.

One of the friends was adamant about helping this skunk, but the other friend warned him that he would probably get sprayed, and suggested that he just drive around him. With cars honking at them from behind, the driver wound up driving around the skunk. But within seconds, he felt guilty for not helping him. 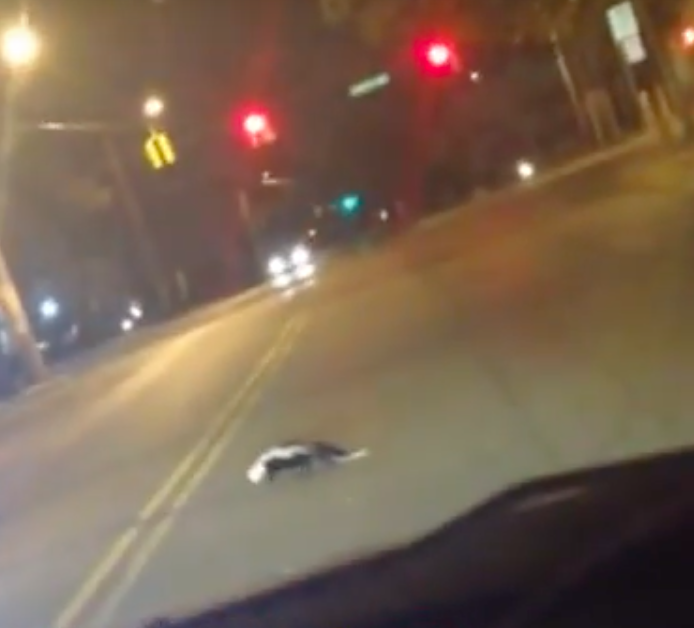 So he followed his gut and turned around to help him. He searched for something in his trunk to cover himself with in case the skunk sprayed him while he tried to pull the cup off his head. While he was looking for something to use, a car drove by and drove right over the skunk. Luckily, he wasn’t in the way of any of the tires and was unharmed. It was a close call! After seeing that, the man knew he had to hurry up and rescue him. 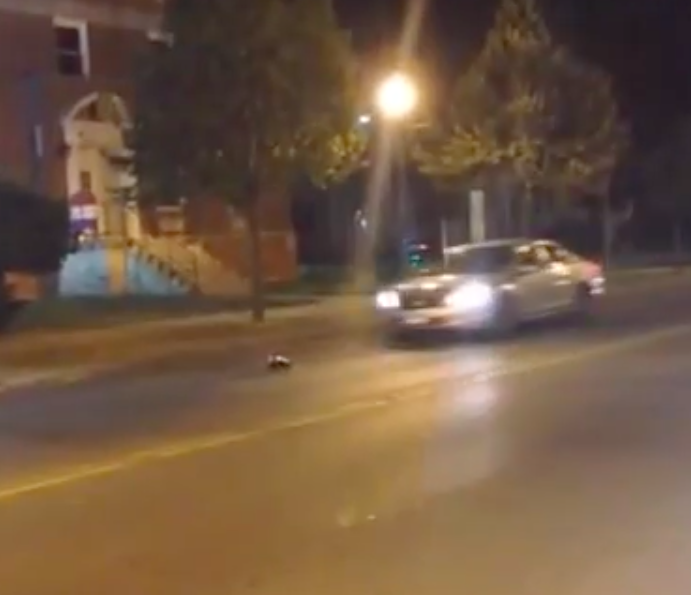 He wound up using a blanket, and put it over the skunk. He then got ahold of the cup and was thankfully able to pull it off of him. Once he pulled it off, he quickly ran away so he wouldn’t get sprayed. The skunk could finally see again and was now safe thanks to this Good Samaritan! 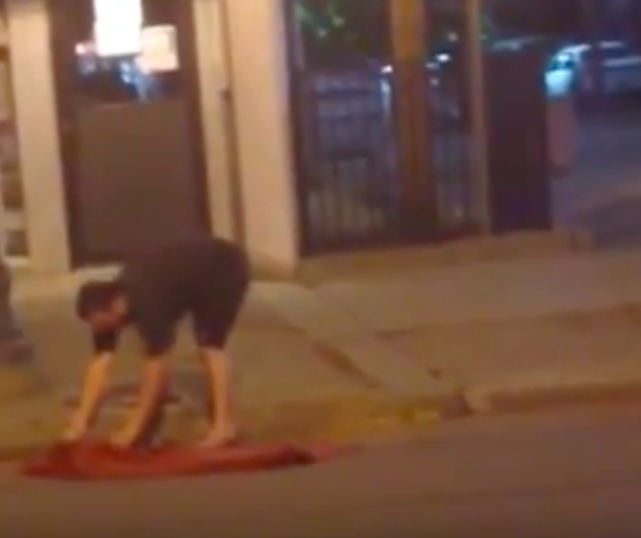 Skunks may be stinky and sort of intimidating, but they deserve a chance just as much as every other animal. A big thank you to this man for saving this skunk’s life! It was only a matter of time before this skunk would have gotten hit by a car, especially since it was night time and dark out, so luckily these guys just happened to be in the right place at the right time to save him!

Watch the man rescue this skunk in the video below: