Darrel is a rescued dog with a couple of cool tricks up his sleeve. And we’re not just talking about giving his humans high-five (although he can do that, too). Not only does this clever mutt, who lives about an hour outside of Seattle, Washington, know how to ride a skateboard, and he’s also a furry friend to people battling Alzheimer’s disease.

“He’s my assistant,” the dog’s owner, Hailey Adair, told King 5 News, explaining how she started taking the dog with her to her job at the Alzheimer’s Association when he was just a puppy. Since then, the friendly pup has grown into a crucial part of the operation. 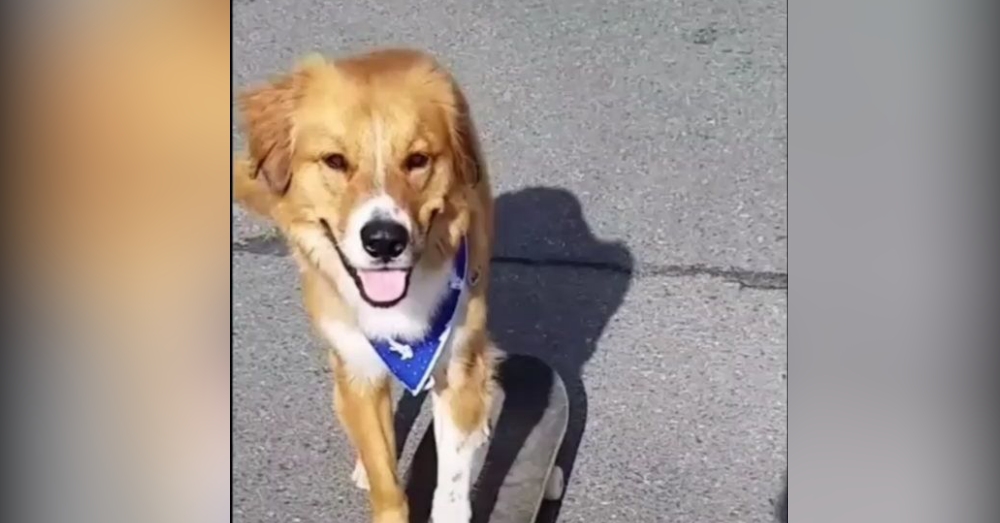 “Darrel is more like an office member than a dog,” said co-worker Samantha Chapman of the outgoing mutt, who cheers up his colleagues and takes a leading role in the annual Alzheimer’s walk. “Everybody knows him and he knows everybody,” she said. “He’s very, very smart.”

But Darrel’s contribution goes beyond just boosting workplace morale. The clever pup is also brimming with empathy, which he directs towards distraught families and patients. “We work with a lot of families and individuals who are just going through a really tough and devastating disease,” said Chapman. “And Darrel kind of brings this light and joy into the office, and he is so happy to meet every single person who walks in.” 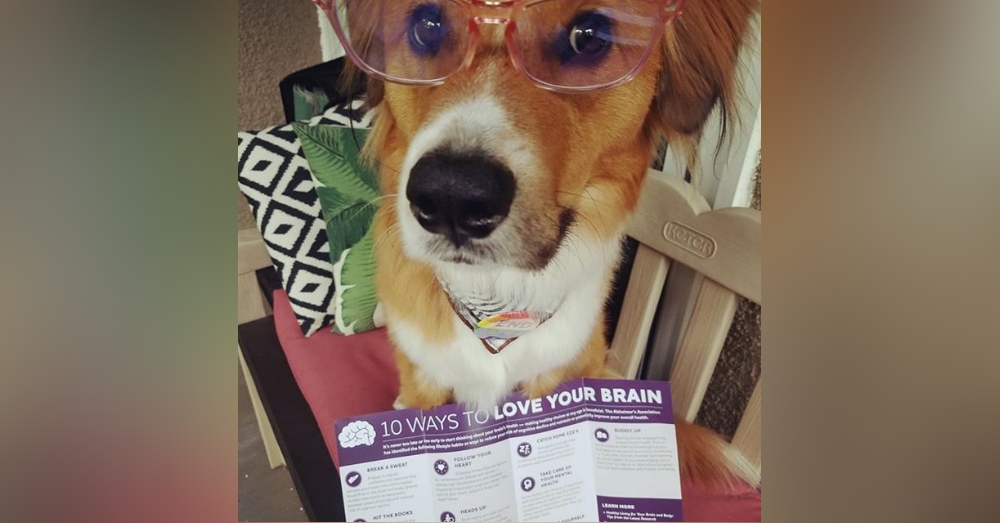 But Darrel has been struggling in the wake of COVID-19, which didn’t just close all the dog parks, but forced his many office mates to start working from home. Hailey and Nick could see their social pup was clearly struggling with life in isolation, so they decided to teach Darrel a new skill: skateboarding.

“Just to keep us active, and also him active,” Hailey said of her dog’s favorite new hobby. And though he started out slow, Darrel has demonstrated a real talent for the sport, per multiple videos on his Instagram page. “Now he sees a board, he just jumps on it. So fun,” his owner said.

You can check out Darrel’s skateboarding skills by tuning into his Instagram page on June 20, “The Longest Day,” during which the dog will be skateboarding to raise money for Alzheimer’s research. This annual fundraising event will be hosted online this year to comply with social distancing, but there are still plenty of ways that you can virtually participate.