Beloved Working Elephant Dies Of Infection, But Her Passing Leaves An Even More Important Legacy

Sivilai’s name meant beautiful girl, and that’s exactly what she was, though a life of hard labor, harm and neglect would prematurely claim her life.

Despite an agreement made between Sivilai’s owners and Elephant Nature Park for her release, rescuers were not able to reach her in time. She died, likely of septic bacterial infection, owing to an abscess in her jaw, just days before Asian elephant conservationist Lek Chailert, Founder of Save Elephant Foundation, could save her from further torment.

Chailert and others working with Love and Bananas Fund, a partnership between GreaterGood and Love & Bananas: An Elephant Story that helps rescue and restore the dignity of endangered elephants forced into servitude like Sivilai, were devastated to learn their Beautiful Girl had passed away. But, knowing they couldn’t dwell on the loss, they used the funding initially earmarked for Sivilai’s release to rescue another elephant named “Poon Mee.” 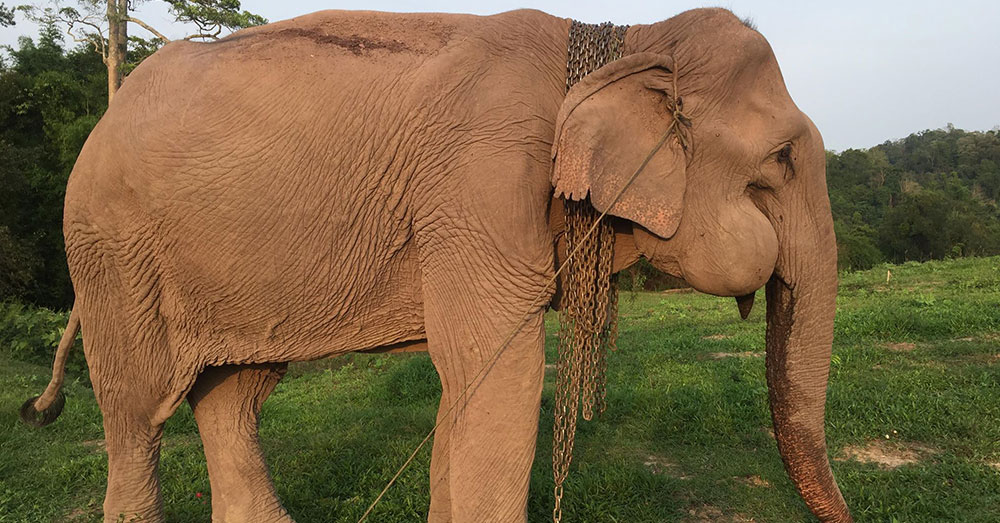 Source: Lek Chailert
Sivilai likely died of a serious infection that spread from an abscess in her jaw.

Poonmee means increasing joy, but her life prior to today has been anything but that. Just days before her rescue, Lek saw her walking in the street. She had been stabbed in the leg by her mahout. The wound cut deeply into flesh, damaging nerves and tendons. When forced to work, without the aid of muscle and tendon to support her heavy tourist load on uneven terrain, her bone fractured. 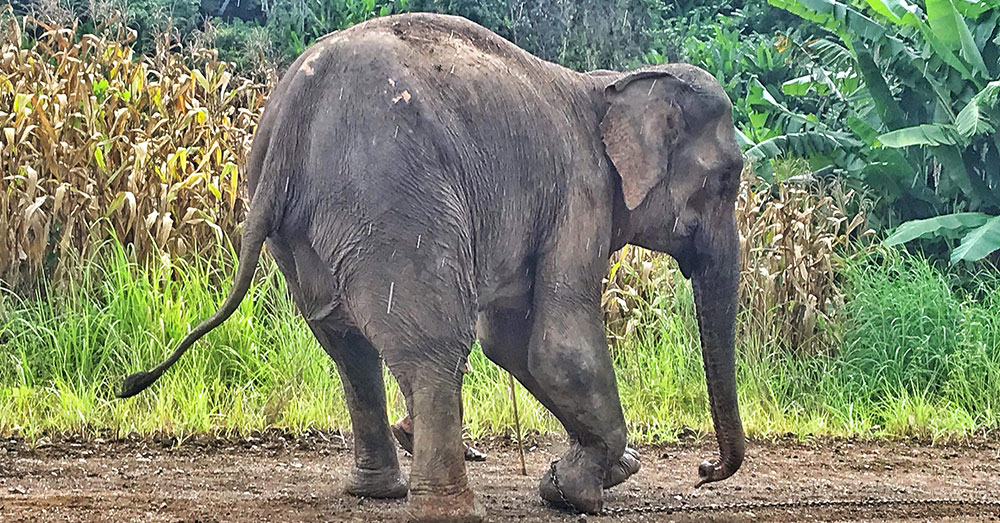 Source: Lek Chailert
Poon Mee was stabbed in the leg by a human, which led to her leg breaking.

“When Poon Mee was purchased in 2004, she was brought to do logging work in Xhiyaburee province. In 2013, an elephant riding camp leased her to carry tourists,” said Darrick Thomson, Lek’s husband. “Only a year after working as a riding service, she was injured badly by her mahout, who was distraught at the time, and then spent his animosity on Poon Mee. He walked to where she was chained, and with a sharp knife he stabbed her right leg. The owner was not informed, and the mahout made her work in spite of her injuries.” 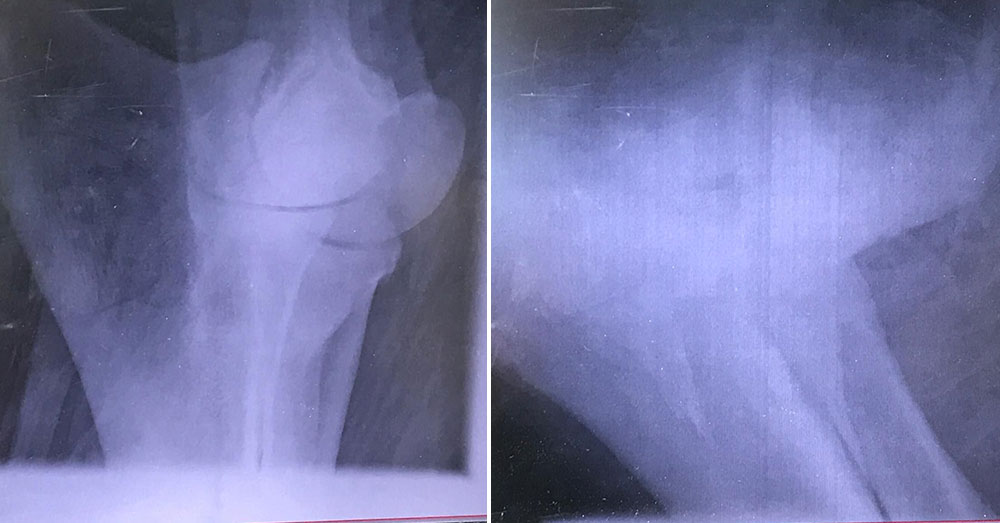 “When her wound became swollen and infected, she could no longer walk,” Thomson continued. “When Poonmee’s owner learned of this, he brought antibiotics to treat his elephant. Her wound improved somewhat but she was forced to work too soon, and not long after, her leg became very bad and she was no longer useful for that business.” 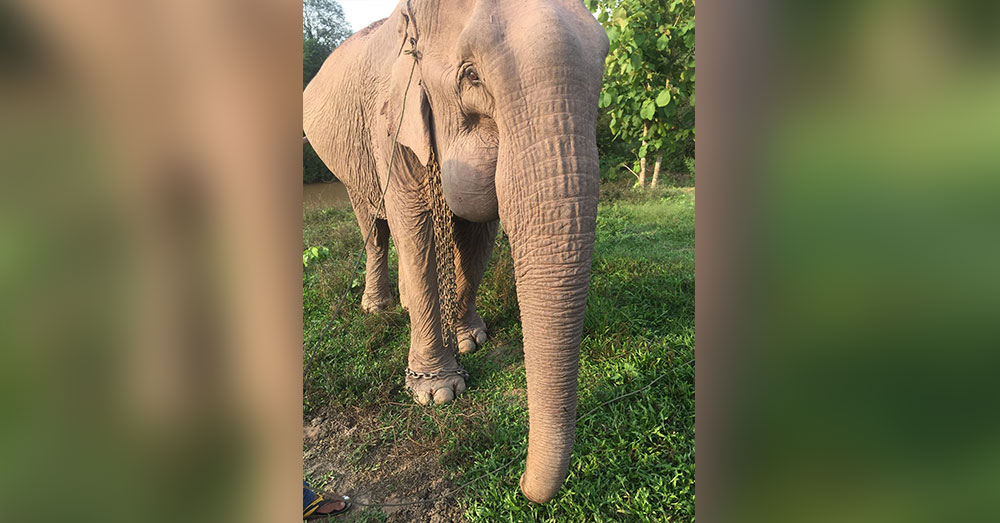 Source: Lek Chailert
Like Sivilai, there’s no telling how many other elephants may die in logging camps.

Under forced labor, Poon Mee has suffered greatly, just like Sivilai did and many others still do. These elephants need a place of rest and care. How many more elephants must suffer a similar fate?

“It has been four years from her knife injury,” Thomson said. “Handicapped for life, she yet waits for a peaceful and safe place to stay. Sadly, Poon Mee will not be the last victim of abuse, as long as there is no law to protect them, nor will to punish.”

Poon Mee’s rescue, using the money from Sivilai’s fund, represents hope for the species in Laos, which used to be known as the “land of a million elephants,” though there are only a few hundred elephants left there today.

The GreaterGood audience also helped fund the rescue of Fahmui, an 80-year-old elephant from the logging industry who has spent the last 38 hauling tourists around on her back, is now enjoying a better life at Elephant Nature Park. 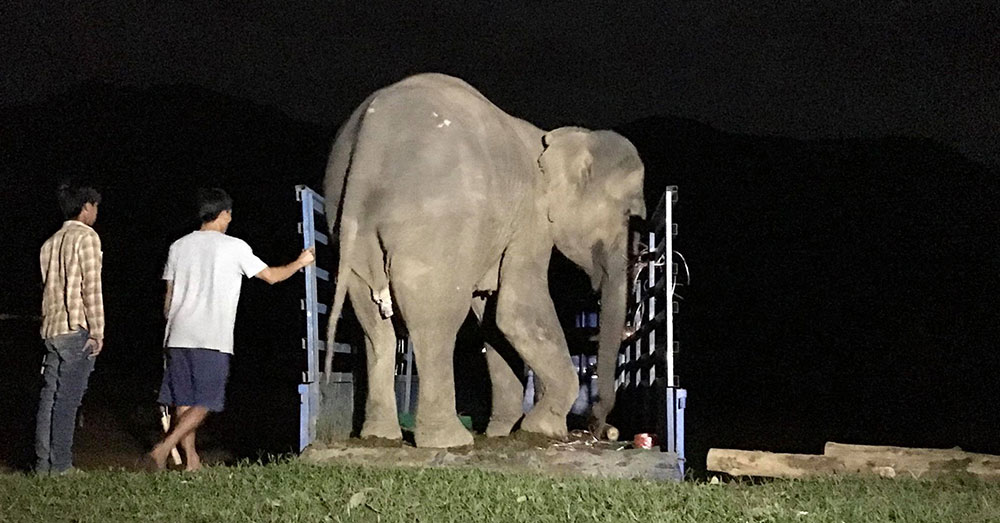 Source: Lek Chailert
Poon Mee was rescued after another elephant, Sivilai, died of an infection.

“Almost every single captive Asian elephant has gone through an abusive training process called pajaan. It takes 1 week or so, for some longer. Young elephants are separated from their mothers, tied up in a confining space where they are beaten brutally, as ropes cut into their flesh. The goal is submission and obedience. The relationship with humans is one of fear. The bull hook is its symbol. It is effective, and it is the base of all other ‘learning,'” said documentary director Ashley Bell. 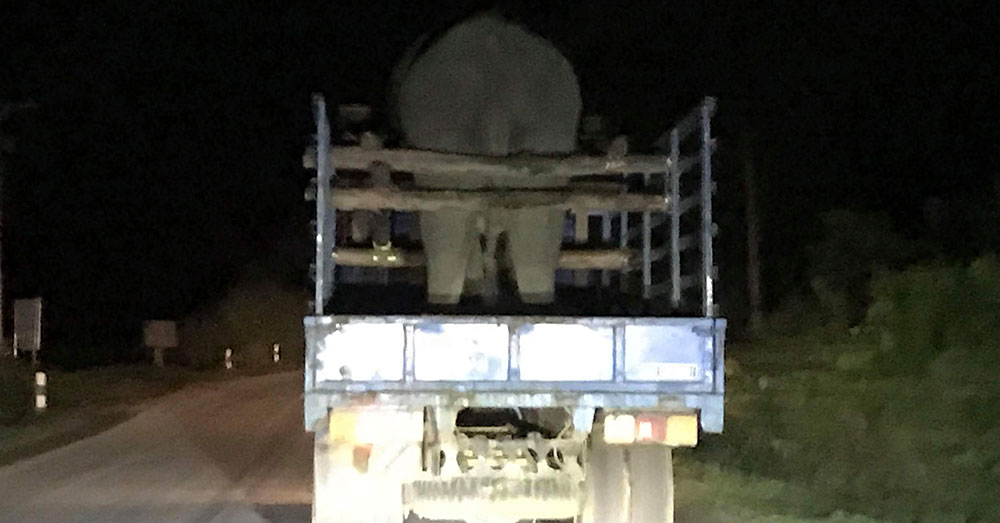 Source: Lek Chailert
Poon Mee has been transported to a new home in Laos.

The tragedy of Sivilai’s death demonstrates the urgent need to develop a substantial rescue fund so that Lek and the Elephant Nature Park can rescue working Asian elephants in need on a moment’s notice. 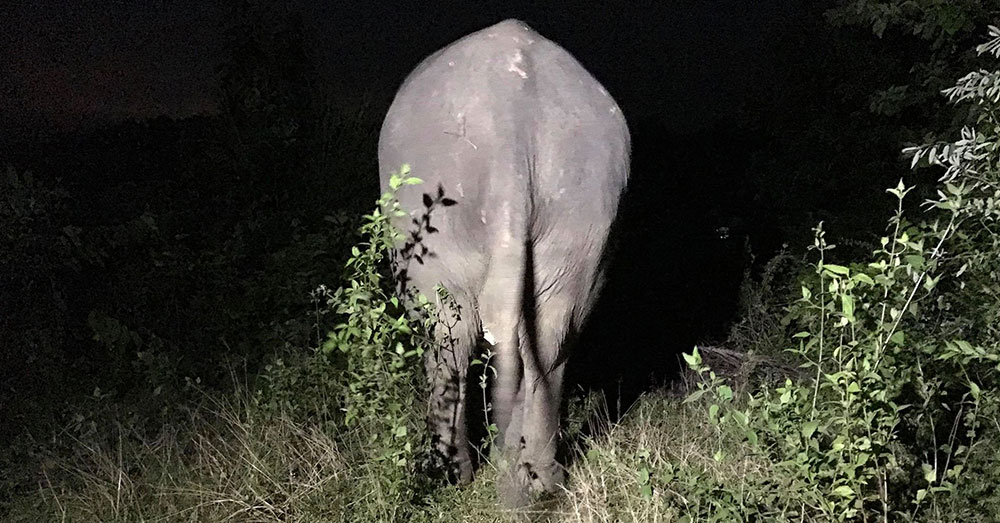 Source: Lek Chailert
Thanks to Lek Chailert’s work, elephants like Poon Mee have a second chance to enjoy life, free from slavery in a logging camp.

In memory of Sivilai, GreaterGood is asking advocates for humane elephant treatment around the world to help secure advanced funding for future rescues, and prevent tragedies like this from happening by donating to the Love & Bananas Fund. 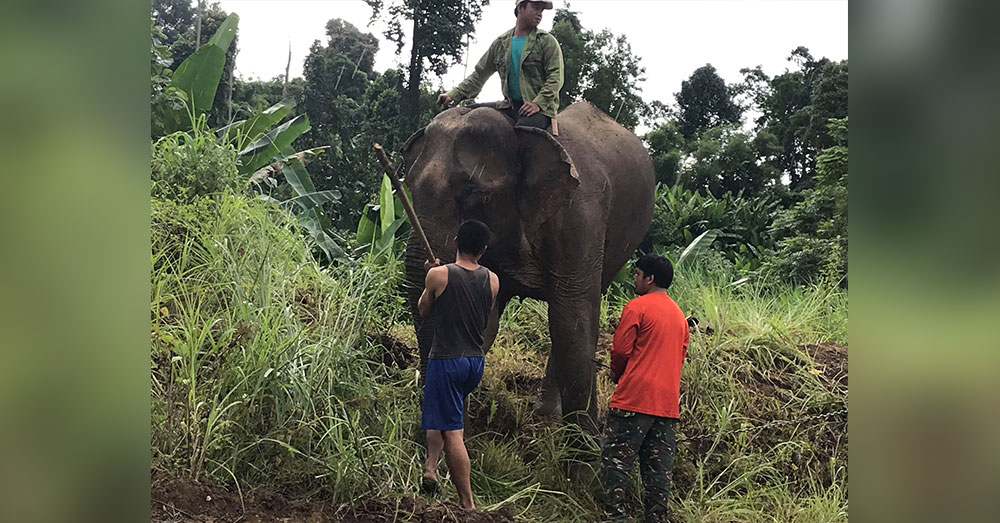 Lek and her team have saved many captive elephants, including a daring mission 500 miles across Thailand to rescue Noi Na, a 71-year-old partially blind captive Asian elephant working in the trekking industry. Noi Na’s story is told in the upcoming documentary film Love & Bananas: An Elephant Story, directed by Bell.

Noi Na’s story exposes the plight of Asian elephants, but the film focuses on hope and the people who work tirelessly to save these gentle behemoths and to raise public awareness of their plight.

Click the button below to help these incredible animals!

A team of elephant rescuers, led by world-renowned Asian elephant conservationist Lek Chailert, is ready to rescue 200 elephants and bring them to freedom. Once in one of Lek’s sanctuaries, these elephants will receive medical care, proper nourishment, love, and a peaceful, joyous life with other rescued Asian elephants.

We need YOUR help to rescue abused working Asian elephants from a life of abuse and bring them to sanctuary!