Sinbad the cat was owned by an elderly man who couldn’t take care of him. Instead of getting help, the cat remained neglected.

Sinbad grew out five pounds of fur before rescuers from the Anti-Cruelty Society came to rescue him from this terrible situation. 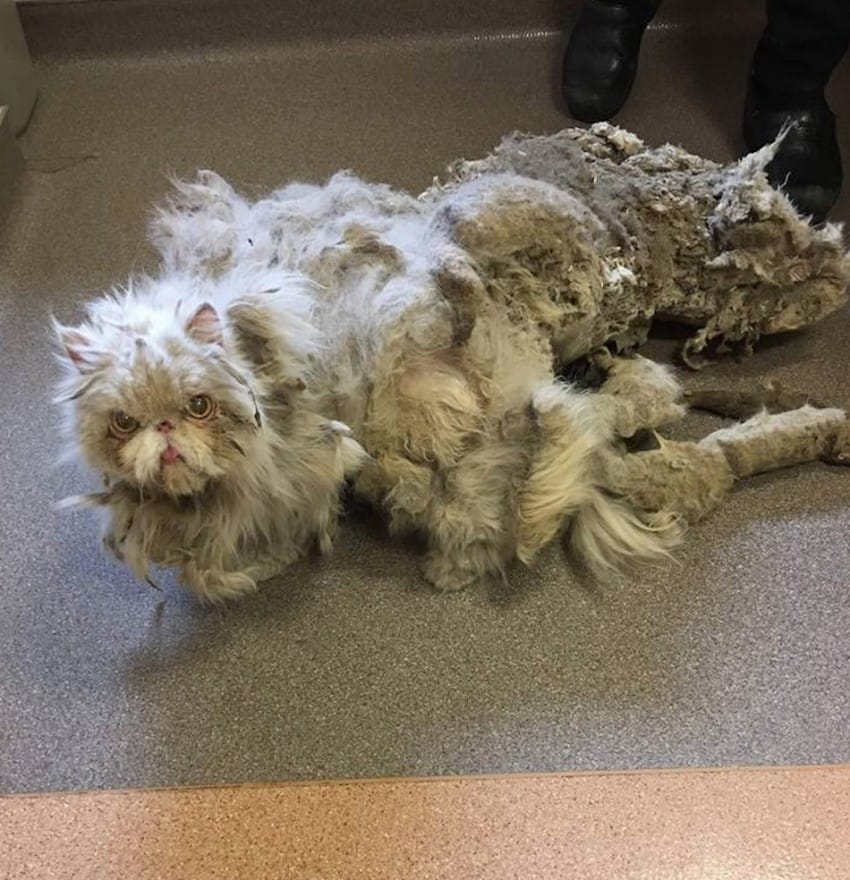 The people who alerted rescuers described the cat as “dragging a carpet.” 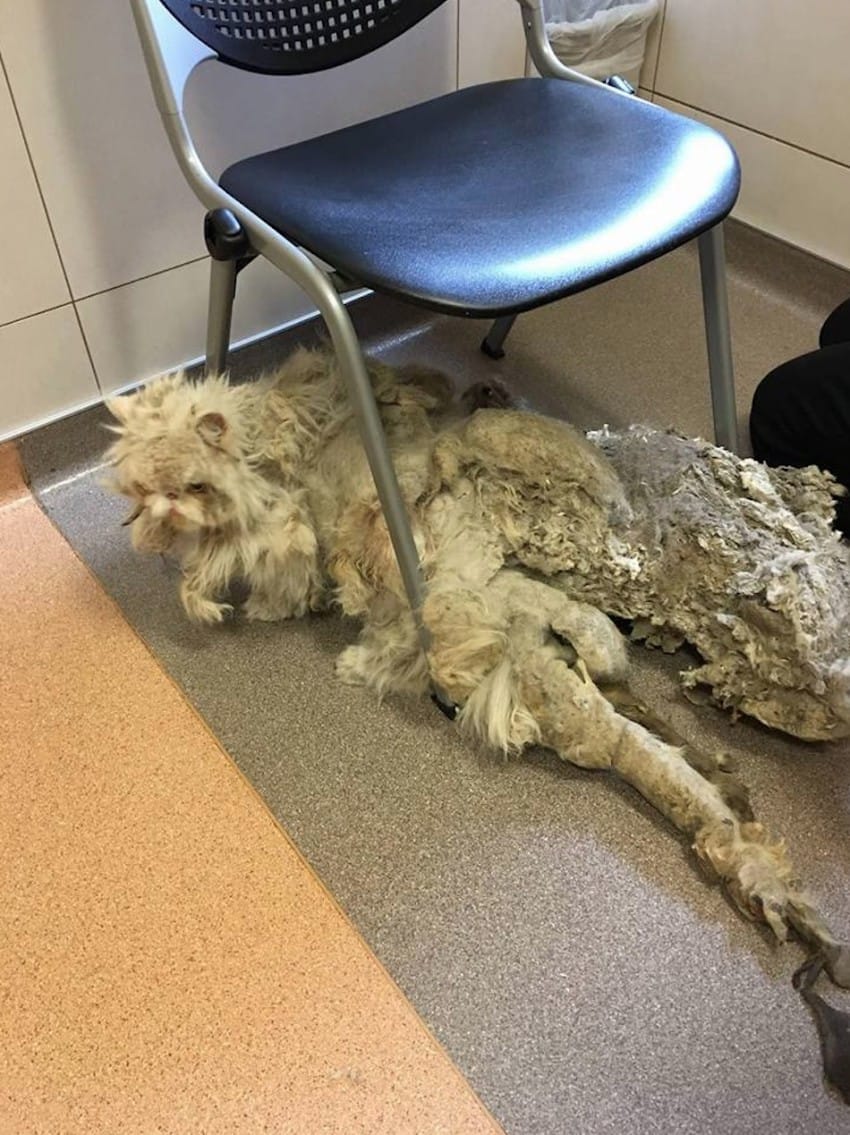 Shelter workers spent hours shaving off several years’ worth of nasty, matted fur. The cat stayed still and cooperated through the whole process. 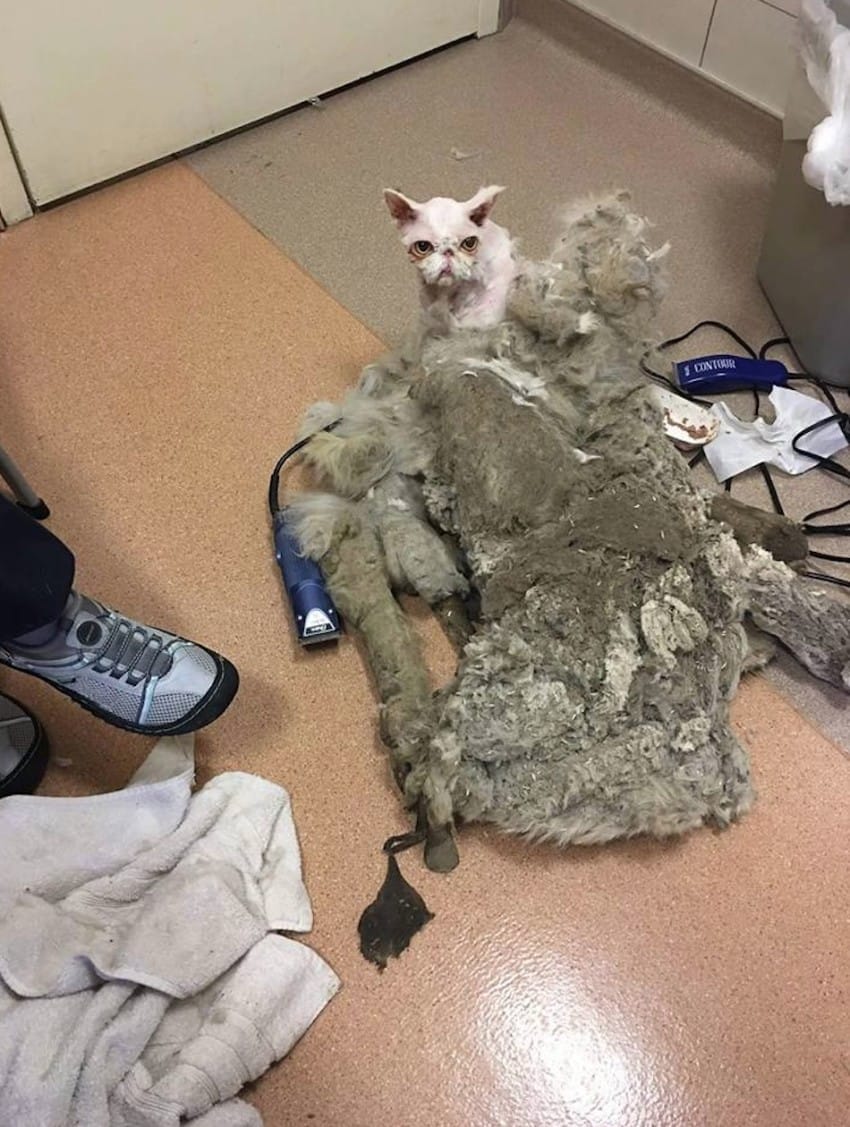 Unfortunately, Sinbad’s back legs were atrophied from the lack of use, but despite everything he’s been through, he is still very friendly. 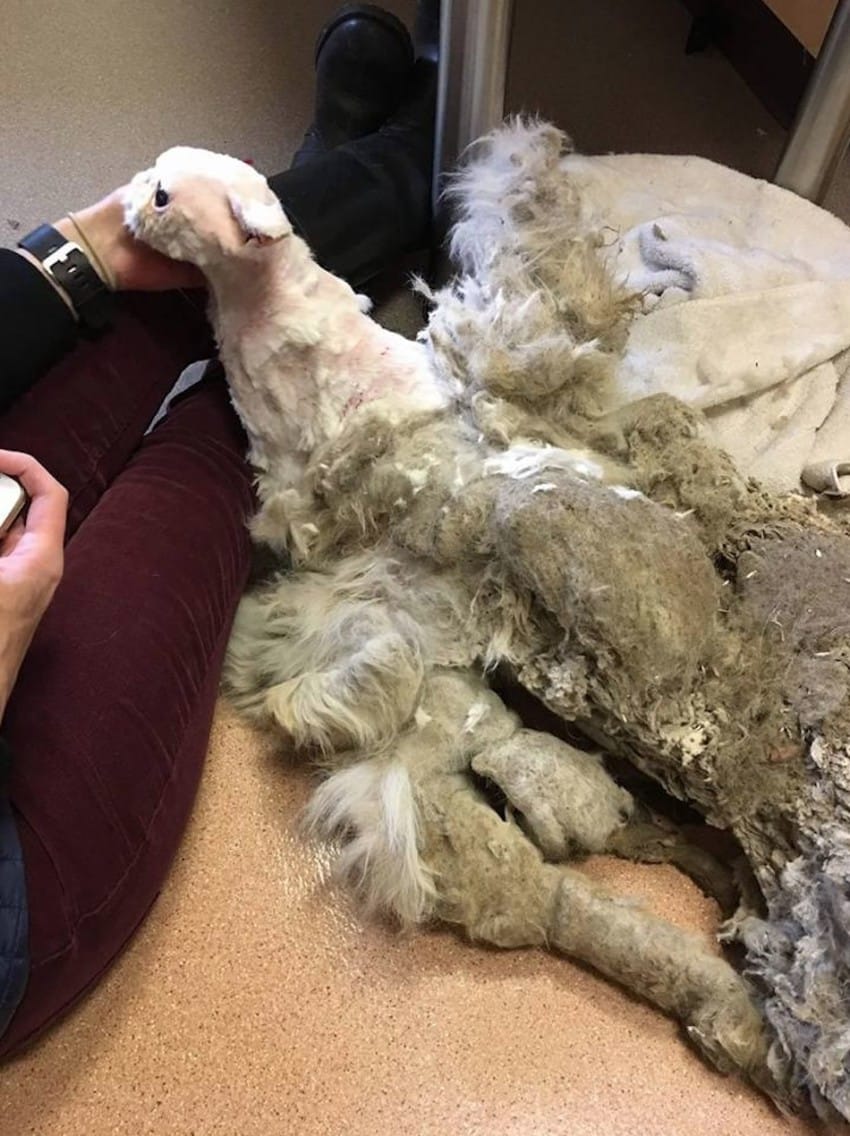 Sinbad is now living with a foster, Elliot Serrano, and getting all of the much-needed love and care that he deserves. His diet is monitored and he will slowly but surely gain weight and grow back his furry coat. 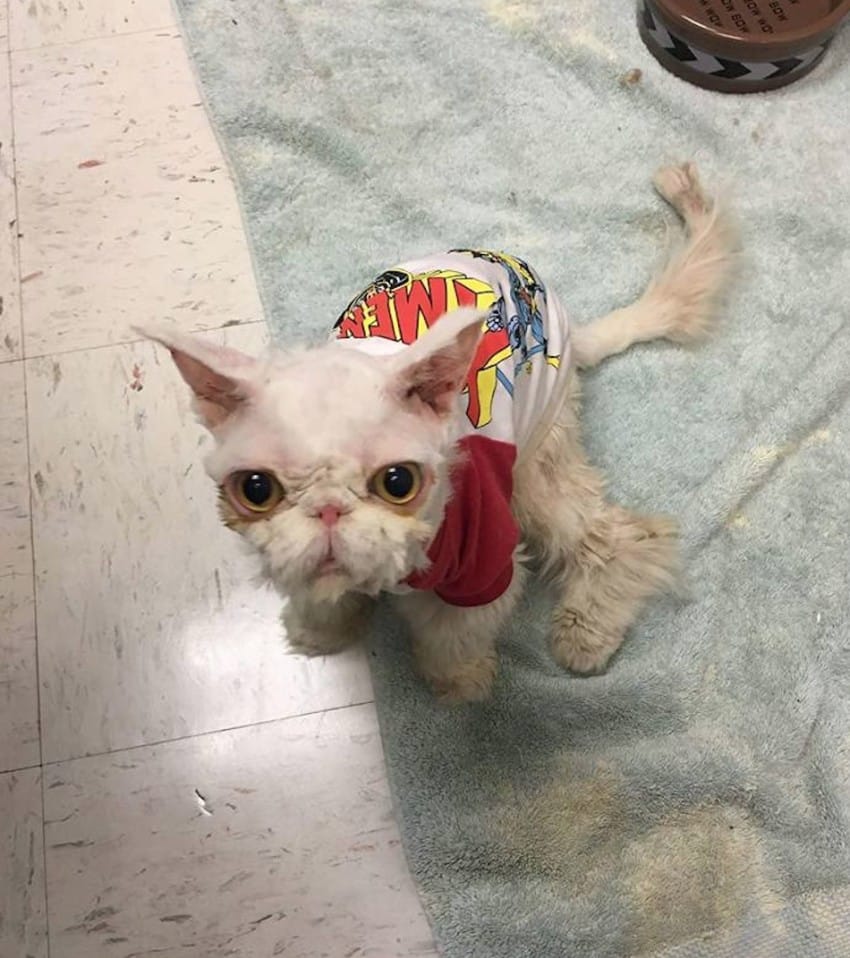 Thankfully rescuers got to Sinbad when they did. I can’t imagine how uncomfortable he must’ve been living in that mess, but now he never has to worry about being neglected ever again! 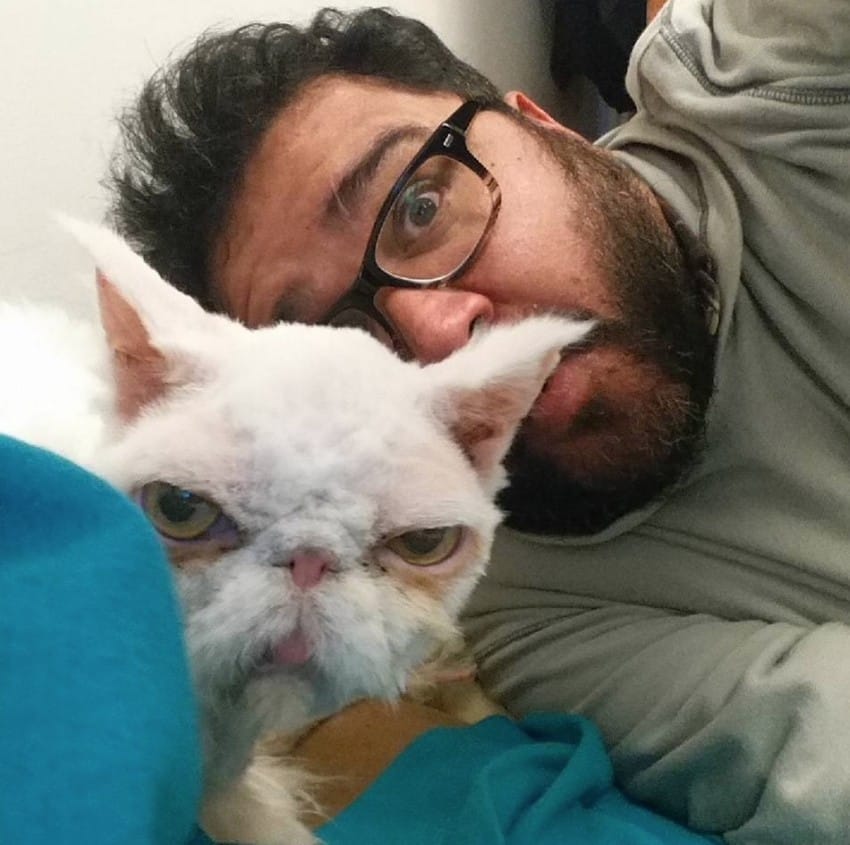