The last surviving animals in the Montazah Al-Morour Zoo in the war-ravaged Iraqi city of Mosul are Simba the lion and Lula the bear. They were just rescued by Four Paws International and brought to a wildlife shelter in Amman, Jordan, and are now safe. 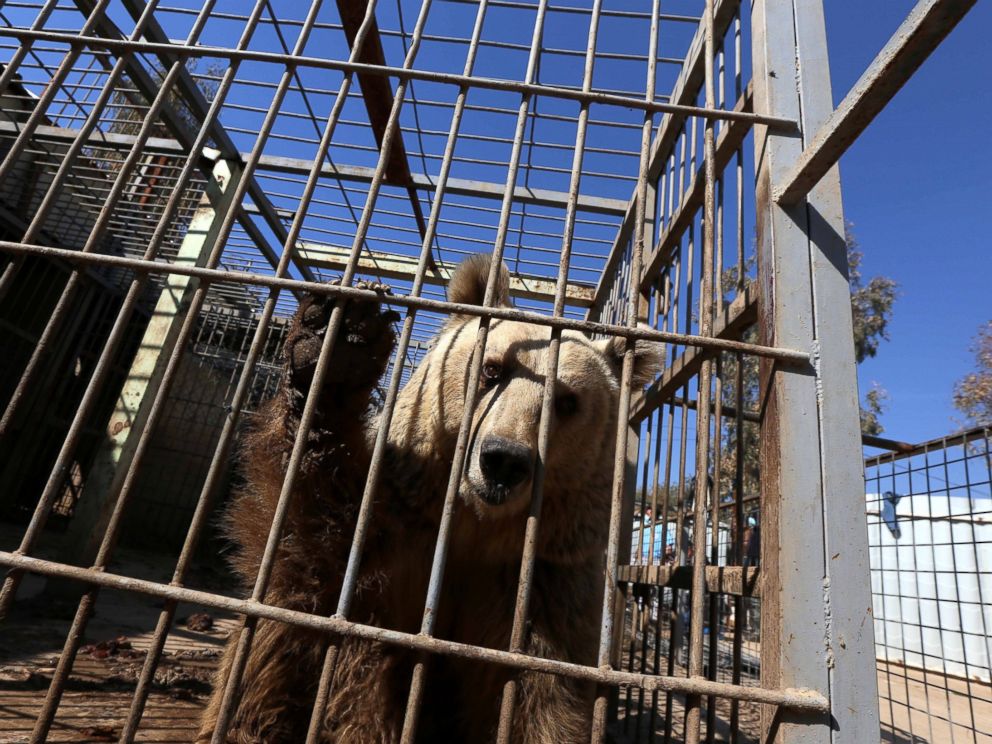 A lot of the zoo has been destroyed as Iraqi forces and Islamic State militant battle for control of the city. Sadly, all of the other animals who resided at the Mosul zoo have died. According to Four Paws International, some starved to death while others were killed by bombs. 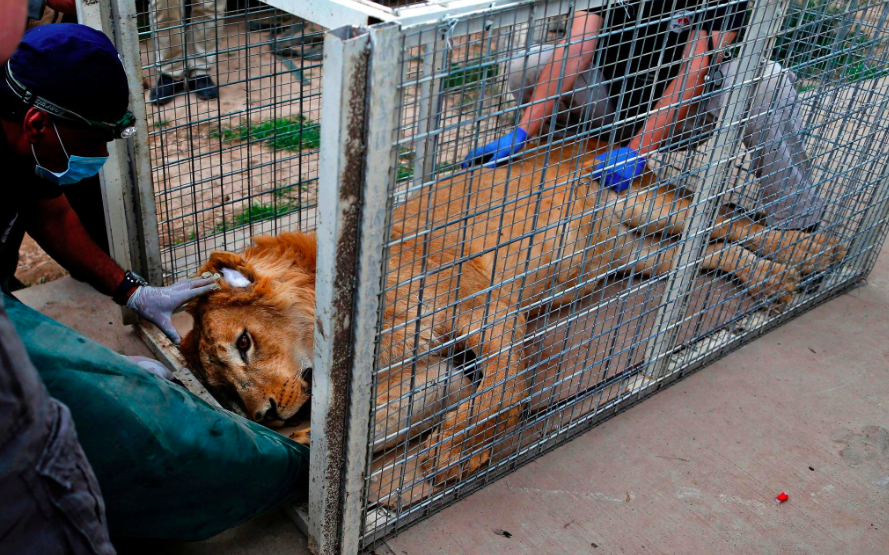 If Simba and Lola weren’t rescued when they were, they would’ve died too. The animals hadn’t had food or water for 60 days. The only food they ate were leftovers given to them by people living nearby. The animals’ cages were also extremely dirty, and Simba and Lula needed emergency care. 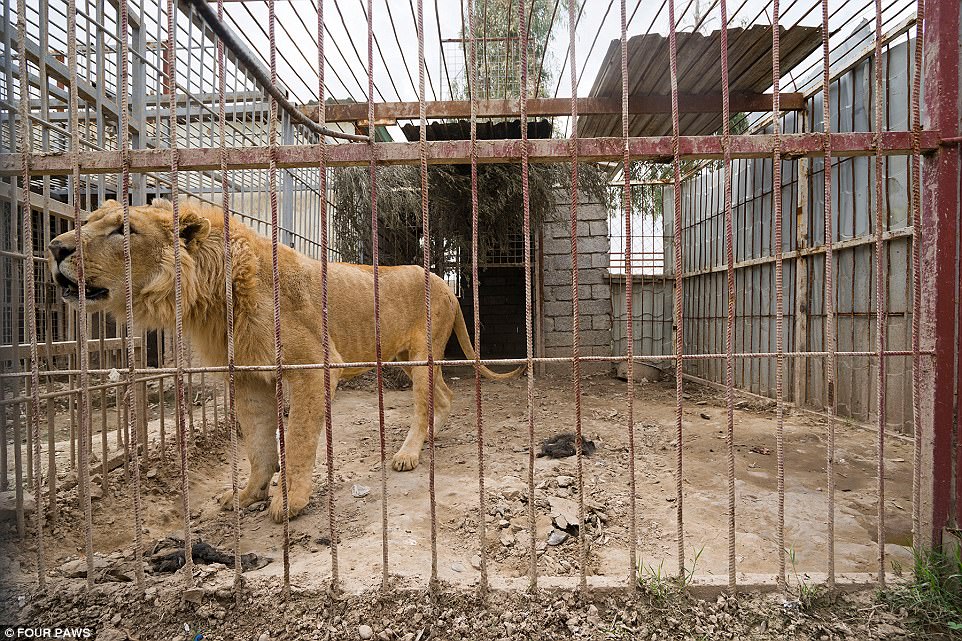 In their new home at New Hope Center, they will be a part of a rehabilitation program. The program involves hand-feeding them through a fence with the goal of nursing them back to good health. Once they are healthy enough, they’ll move into bigger enclosures. 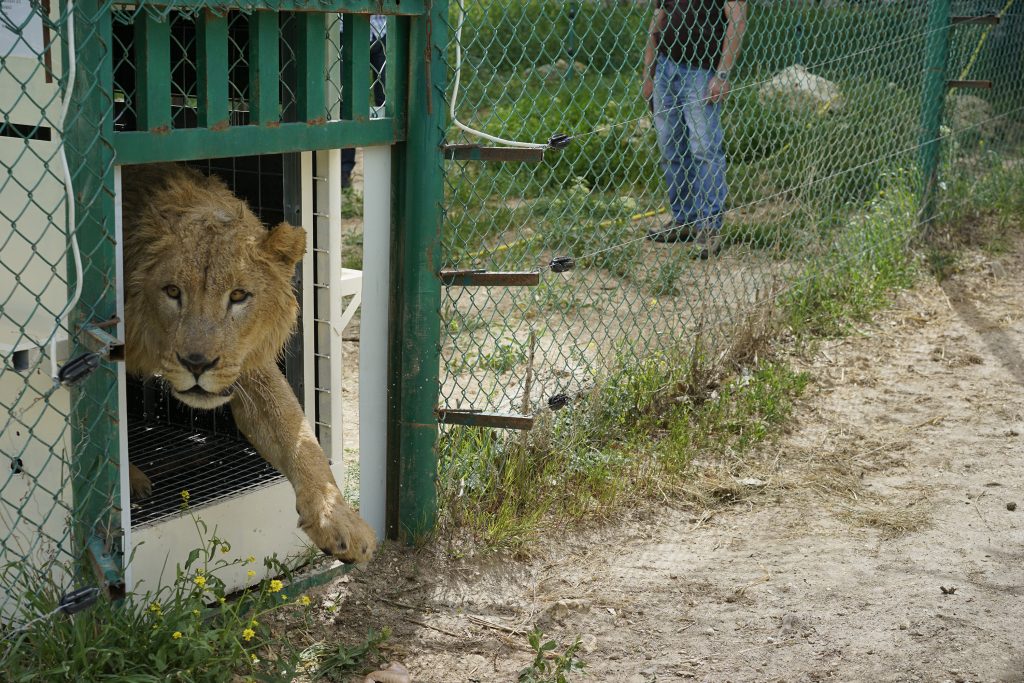 Thankfully, they are now safe, with food, water, and proper medical care. They also don’t have to live in “constant danger of a nearby war zone and noise of bomb blasts in the background,” FPI veterinarian Amir Khalil described it.