When officers discovered an 11-year-old dog by himself in a Texas park, the pit bull hadn’t just been abandoned. Somebody had also shot the dog twice in the face, and then left him alone in a wire kennel to die. “There is no mean bone in his body. No reason for anyone to do this anyway, and especially not with a dog that loves life,” Constable Wayne Thompson told KTRK. 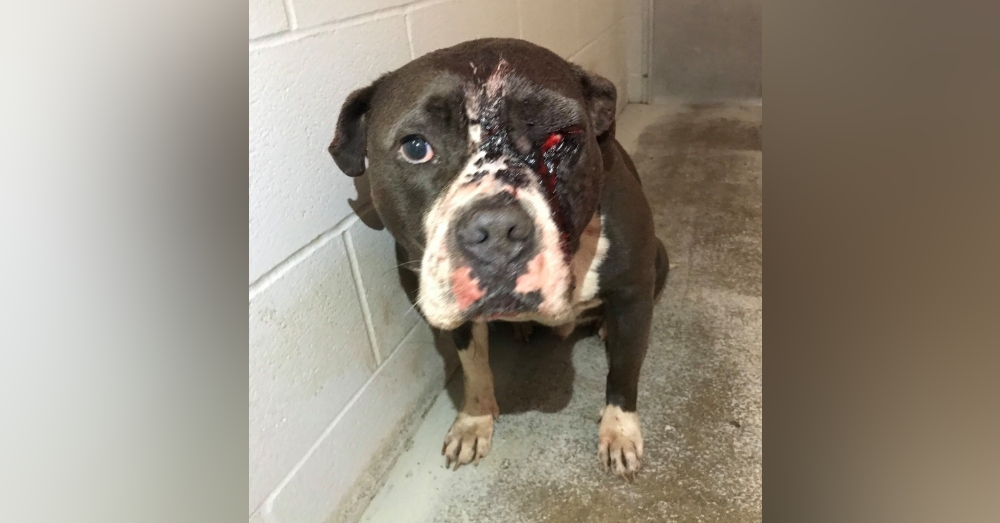 Incredibly, the poor dog — nicknamed Clarence by officers — managed to survive his injuries, although the unknown shooter remained at large. “Someone that does this to an animal, there’s no telling what they’re doing to other animals and to people,” said Thompson, vowing to get justice for this innocent dog.

But six months later, there was still no break in the case, and the community was getting increasingly frustrated that this sick animal abuser was still walking among them. At least Clarence was slowly recovering from his wounds, although he’d lost his left eye and sustained permanent damage to his sinus cavity during this senseless attack. 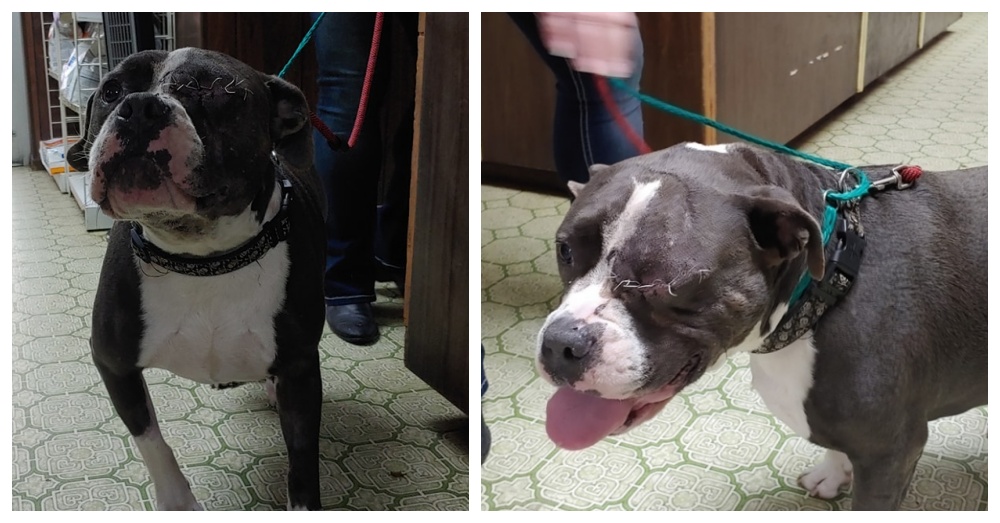 “This sweet boy was shot in the face…twice, by a coward,” wrote rescuers from Wag Again Dog Rescue, where Clarence had gone to recover upon his release from the animal hospital. “But Clarence is a fighter and look at him now! Not a day goes by without a smile on his face!”

As his eye started to heal, Wag Again even enrolled Clarence in the Canine Good Citizen Certification program, which seemed like a natural fit for gentle survivor, although his training was interrupted at times by infections sparked by his injury.

Finally — a full 6 months after this gruesome shooting — there was a break in the case, leading officers to arrest a 32-year-old man in connection with the crime. “Justice for “Clarence”!” officers cheered on Facebook. “It took 6 months of hard work and investigation but today brings closure to this case.”

Justice for "Clarence"! It took 6 months of hard work and investigation but today brings closure to this case. Early…

The shooter, Timothy Holloway, confessed his role in the shooting, leading officers to charge him with a 3rd degree count of felony cruelty. “This is a testament to the hard work of our animal cruelty investigator and to the commitment of County Judge KP George and the Commissioner’s Court for staffing this position,” they wrote. “Our office is proud to have the only county-wide cruelty investigator.” 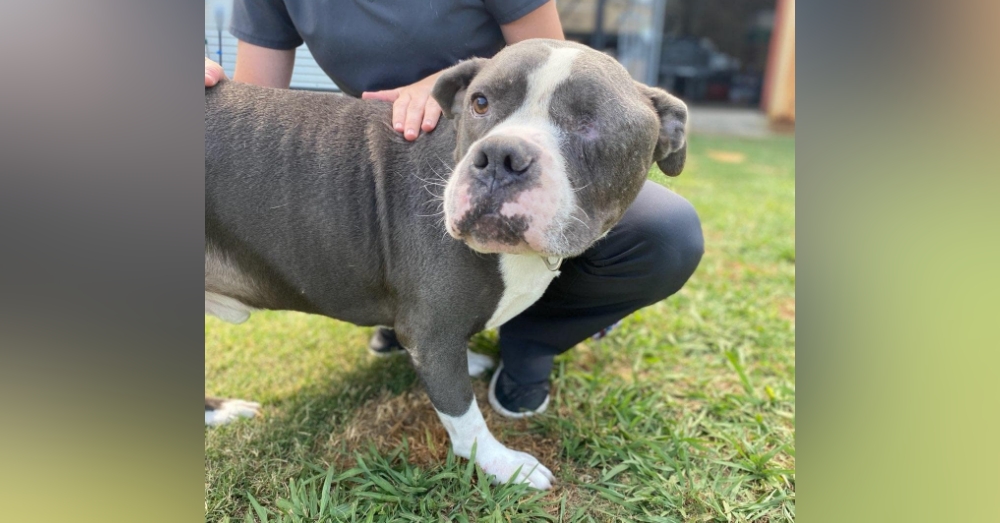 Meanwhile, Clarence is healing up nicely and reportedly on track to become a therapy dog, which sounds like a great fit for this sweet and gentle survivor. “Clarence is thriving to this day although he suffers from sinus infections and other traumatic issues from the gunshot wound,” officers wrote on Facebook. “Clarence is being trained as a therapy dog and it is reported he is quite a good student!”