A feral cat called Bug had been avoiding rescuers in Philadelphia for days before a 5-year-old hero swooped in to save the day.

“We couldn’t get Bug neutered or anything because he wouldn’t come to us, and he wouldn’t come near the trap,” Kris Papiernik told the Dodo. “But when Shon came around and started feeding him, Bug came immediately to him, and, ever since then, Bug has been a friendly cat.”

Shon loves helping out street cats. As the nephew of two long-time cat rescuers, he’s been doing it all his life. 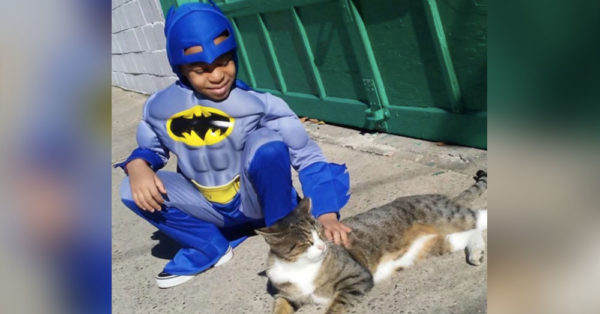 Papiernik and Kia Griffin have been caring for as many as 45 street cats in the city for the last 10 years, Love Meow reports, and for as many years as he’s been able to move around, Shon has, too.

“We’ve been a big part of his life ever since he was born,” Papiernik said. “If he was with us, he was around cats. He follows our lead.” 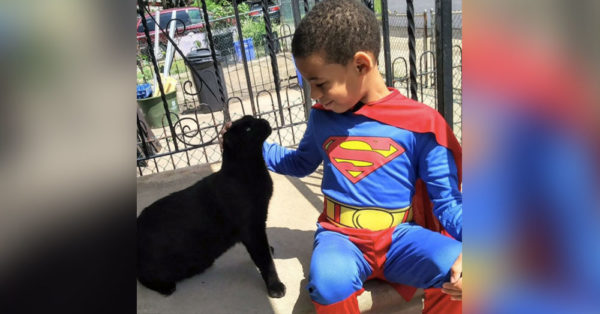 Papiernik, Griffin, and Shon make sure the cats are fed and spayed and try to find them loving forever homes whenever possible. It can be a tough job at times, working around feral cats, but Shon seems to have grown into the role nicely.

“We were a little hesitant at first because they’re feral cats, and we thought they’re going to run from a rambunctious 3-year-old,” Papiernik said. 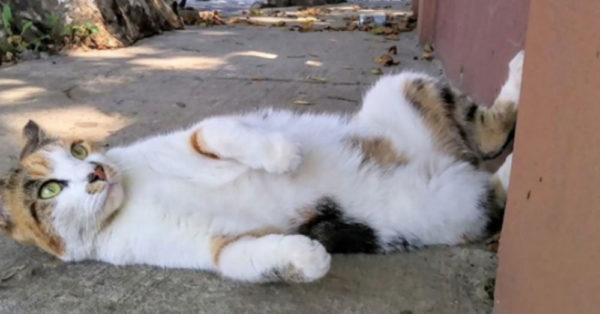 Shon has a hidden superpower, however. He helps the cats feel comfortable and lets them know there’s no danger.

“They just gravitated to him,” Papiernik said. “He’d scratch their bellies and scratch their heads. It was amazing to see these cats who wouldn’t even allow us to touch them but immediately took to him. He must have this magical effect that the cats can pick up.” 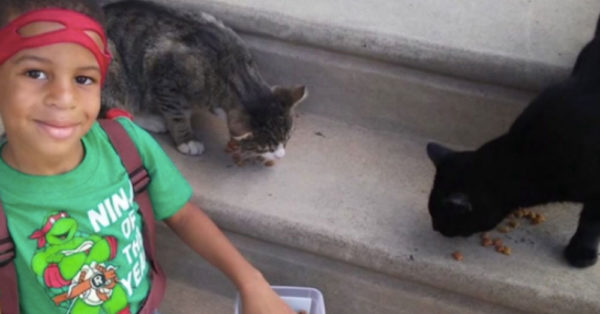 Around Philadelphia, Bug and the rest of the the Kolony Kats, Backyard Boys, Gas Station Kitties, Meow Squad, Stray Kitty Crew, and Indoor Kitties are all a little safer thanks to this young hero. He carries the dry food, fills the water bowls and gives the cats treats while his aunts handle the canned food and medicine.

“Sometimes he likes to dress up,” Papiernik said. “He said it makes him feel like a superhero for animals.”

Thanks for all you do for the cats, Shon!

Another organization is trying to help cats by giving them a little more room to move. Click the button below to read more about catty shacks and how they can help shelter cats thrive!