Dying Man’s Last Wish, To See His Dog One Last Time, Is Granted

Peter Robson and his beloved border collie, Shep, have been inseparable for the past eight years, until a terminal illness caused Robson to be admitted to the hospital. Now it has been weeks since the two have seen each other.

Robson was diagnosed in January 2015 with a progressive form of lung disease and given 3-5 years to live, according to The Washington Post. For the past few weeks, the 70-year-old man has been bedridden and on oxygen. He thought he would never see his dog again. When the family was informed that Robson had taken a turn for the worse, they asked what they could do for him. 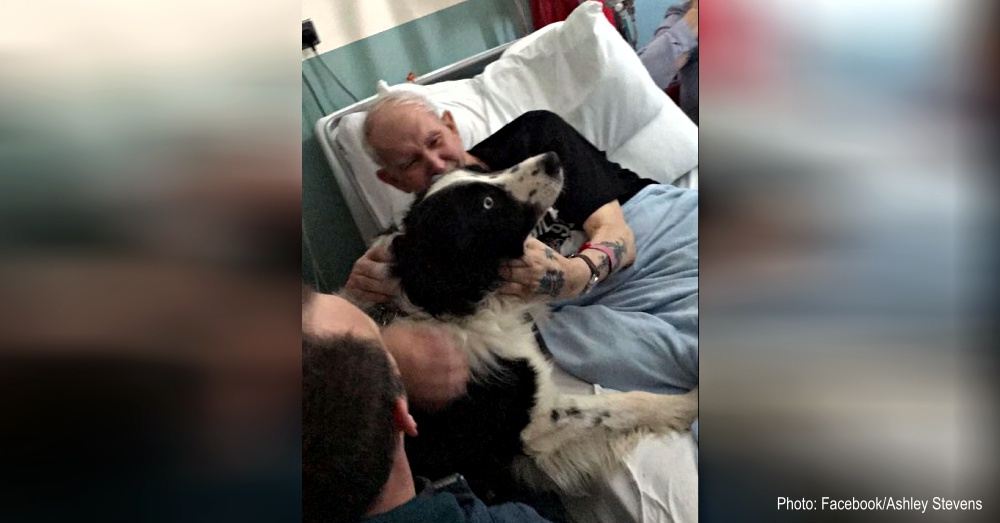 He only had one request: to see his best friend, Shep, one last time. The family worked with the hospital staff at Ninewells Hospital in Dundee, Scotland, to grant his last wish. Once the day was set for Shep to come, the family informed Robson, and he started to cry.

Ashley Stevens, a granddaughter of Robson, filmed the moment that Robson and Shep reunited. As Shep rounded the corner and entered the room, Robson broke down. Everyone in the room was brought to tears. Robson removed his oxygen mask so he could kiss Shep. Shep licked him in return. The reunion lasted about 30 minutes and was summed up in one word by Stevens: “amazing.” 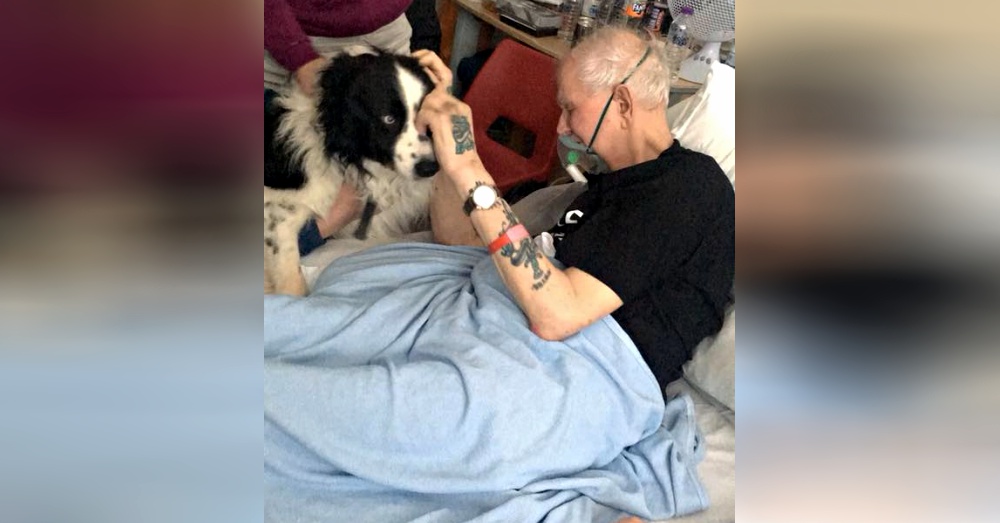 Stevens posted on Facebook, “Absolutely amazed and touched today from NHS Ninewells hospital. Our granddad’s last and final wish was to see his dog one more time. Still in shock that the wish was granted, and they went above and beyond today and made a dying man very happy. Cheryl Whyte, charge nurse of Ward 3, you are an absolute angel, and we are all eternally grateful. You don’t know what this meant to our grandad.”

The post included the sweet moment captured on video.

Shep was a gift given to Robson by his family after his wife passed away. Shep brought so much joy and happiness to Robson, and the family was so grateful he was able to say goodbye.

Robson passed just hours after the meeting, surrounded by family. Shep is going to live with Robson’s only son, Peter.

Watch the emotional reunion below.

Click next to read a tearful story about an officer saying goodbye to his K9 partner.