Sanctuary Rescue in Virginia pretty frustrated after they’ve had to rescue a third little of puppies from the garbage in a row. This time it was 5 puppies that were left for dead.

Thankfully, the shelter has been there each and every time to save the poor babies. The shelter believes that the owner buried the puppies deep inside the rubble hoping they would end up at the landfill.

The shelter wrote on Facebook: “We have now taken in three separate litters of newborn puppies that were thrown in dumpsters and left to die. Apparently this is a thing. And if our tiny little rescue outside of Richmond, Virginia has taken in three separate dumpster litters (no reason to believe they are related) in the past year or so, can you imagine how many puppies weren’t found and just went on to the landfill undetected? How do we reach these people? I can’t imagine they’re the type to follow rescue pages on social media. So how do we, as a community, as a society, just get the word out into the universe that throwing puppies away when you have an accidental litter isn’t exactly the best course of action. You know, there are way worse things than an animal shelter. Most shelters are clean and dry and work hard to get dogs out whether it be through rescue or adoption. And most shelter workers have heard it all, so they won’t judge you when you surrender your pet and/or your pet’s puppies. But again, I’m preaching to the choir here because none of you would toss puppies out with the garbage, would you? So, yeah, here is our third litter of “dumpster puppies”. They cleaned up nicely and are loving the bottle.” 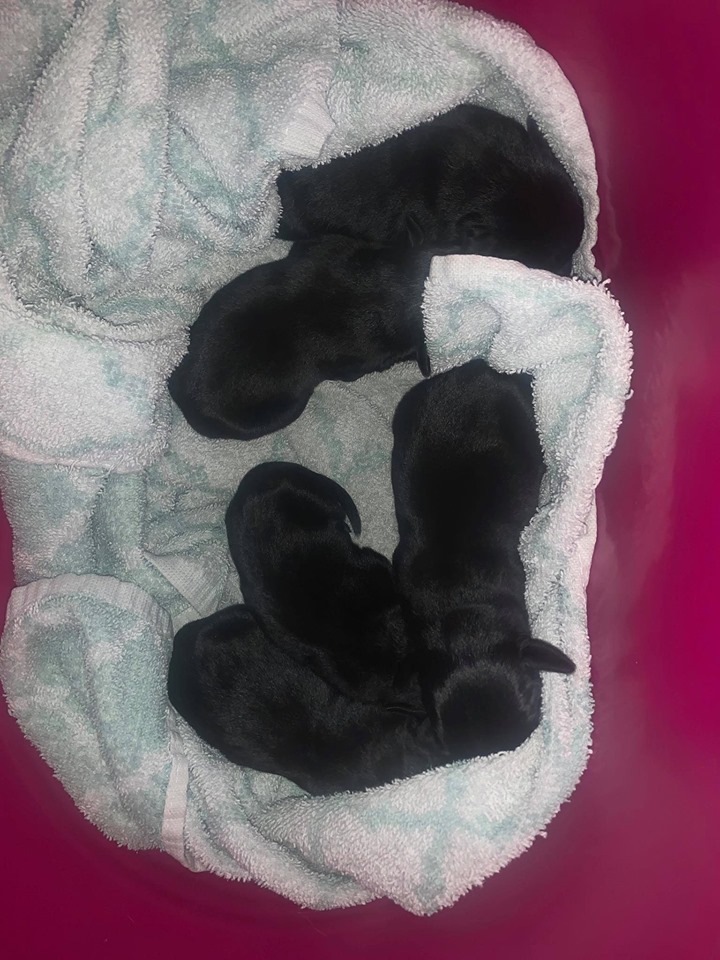 Even though the shelter has tried to assure people that they will accept surrendered pets without any judgment, people still continue to dump puppies to save on the ‘fee’.

What’s even sadder to think about is the fact that these are probably not the only 3 litters that have been dumped. It’s unfortunate to think that there were probably more that weren’t found.

We urge everyone to please reach out to your nearest shelter to save these animals. Do not throw them out as they are not garbage and deserve a fighting chance at life.