Thanksgiving is a day filled with delicious food, fun, and most importantly, family. Whether you’re traveling for the holiday or hosting it at your own home, you’re most likely spending it with family. But not everyone can be so lucky, especially shelter animals.

While you’re enjoying your quality time with family, shelter dogs and cats are sitting alone in their kennels, awaiting their forever homes. Shelters across the country are now trying to bring cheer to shelter animals this holiday season by giving them a chance to spend the day with a foster family. 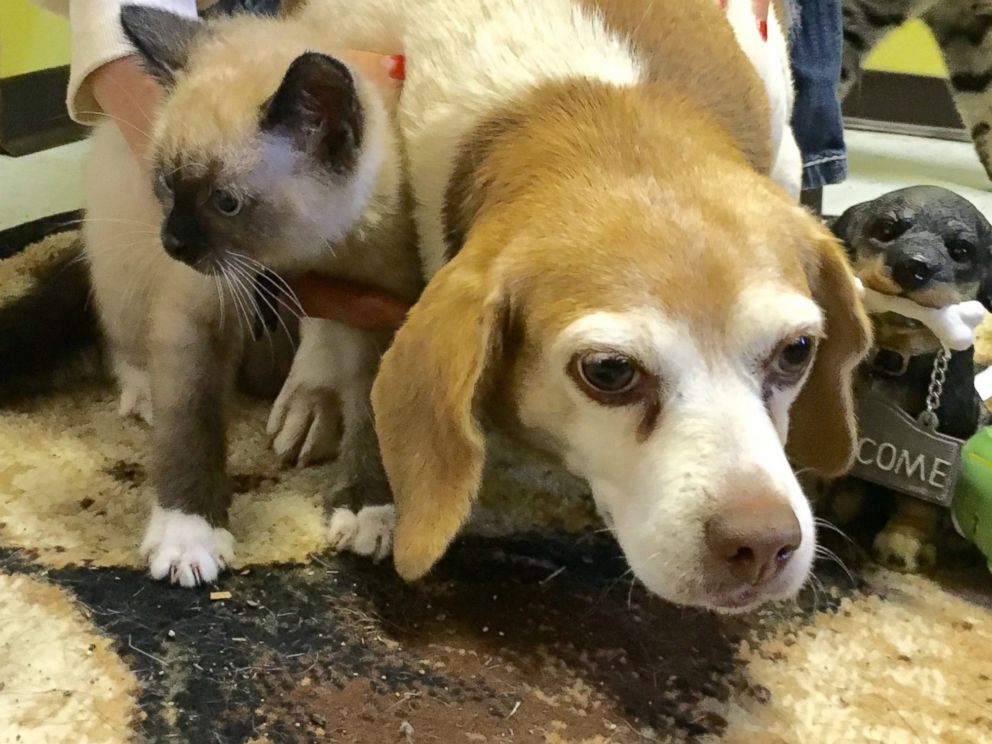 Two shelters in particular, Richmond Animal Care and Control (RACC) in Virginia, and Hawkins County Humane Society in Tennessee, are working hard to make this happen.

Christie Chipps Peters, Director of RACC was thinking about how sad it was that the dogs at her shelter would be spending the holidays alone, so she came up with the brilliant idea of letting the dogs spend Thanksgiving with families in the community. She and her staff released a promotion asking the families to become a holiday foster for a shelter dog. Once the family was approved, RACC provided the food and instructions on how to make it the best day possible for the pup. 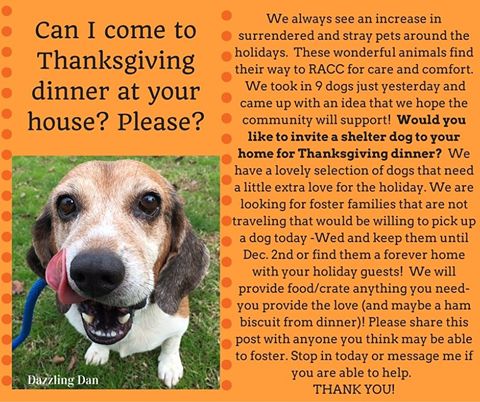 According to Animal Farm Foundation, 20 of the 32 dogs who were fostered for Thanksgiving were either adopted or kept as fosters! Since it was so successful, RACC has decided to do it again this year! We can only hope that this year even more dogs are adopted!

The Hawkins County Humane Society (HCHS) is trying this out for the first time this year. They’re holding their first “Home for the Holidays” program, where families can take home a shelter dog, or even a cat, for Thanksgiving. The shelter currently has 60 dogs and 80 cats. Families are interviewed to find out which animal would be best for them to take home. 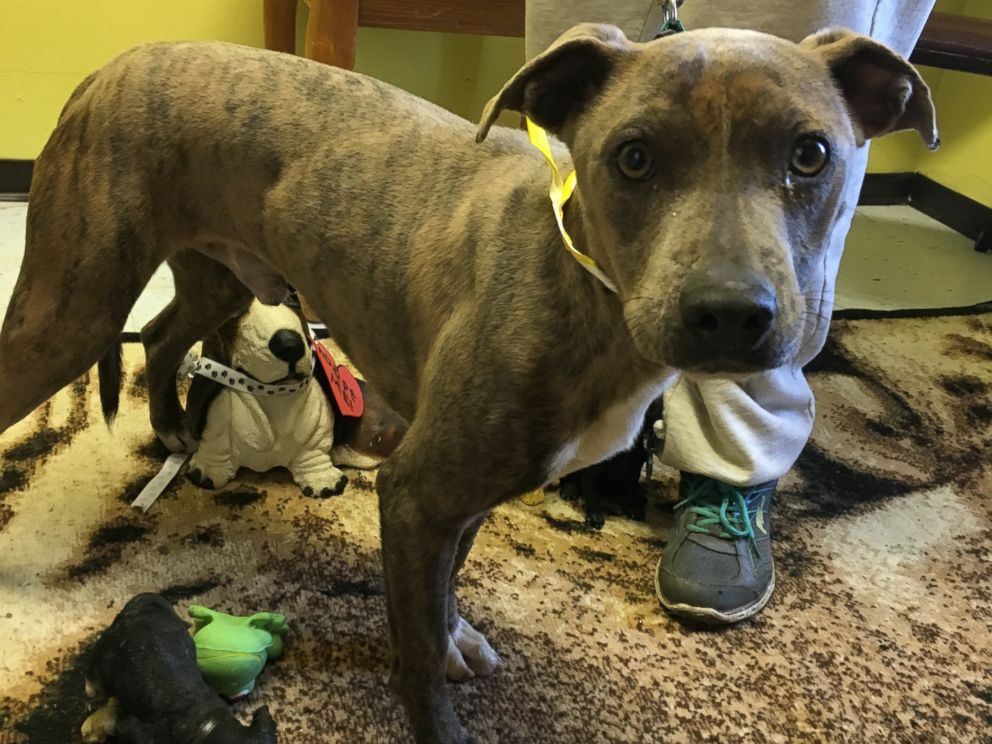