Hurricane Laura made landfall near the Texas-Louisiana border early Thursday morning as a Category 4 hurricane with sustained winds of 150 miles per hour, destroying everything in its path. Days prior to the catastrophic storm, residents in Beaumont, Texas; Gulfport, Mississippi, and cities in Louisiana were urged to evacuate, including shelter pets.

The Humane Society of the United States (HSUS) sent animal rescue teams to these areas to help evacuate shelters and transport the adoptable pets to partner shelters in North Carolina and Tennessee. “So far today we’ve evacuated over 200 shelter pets and will continue assisting shelters in the storms’ paths to move as many animals out of harm’s way as possible,” posted HSUS. 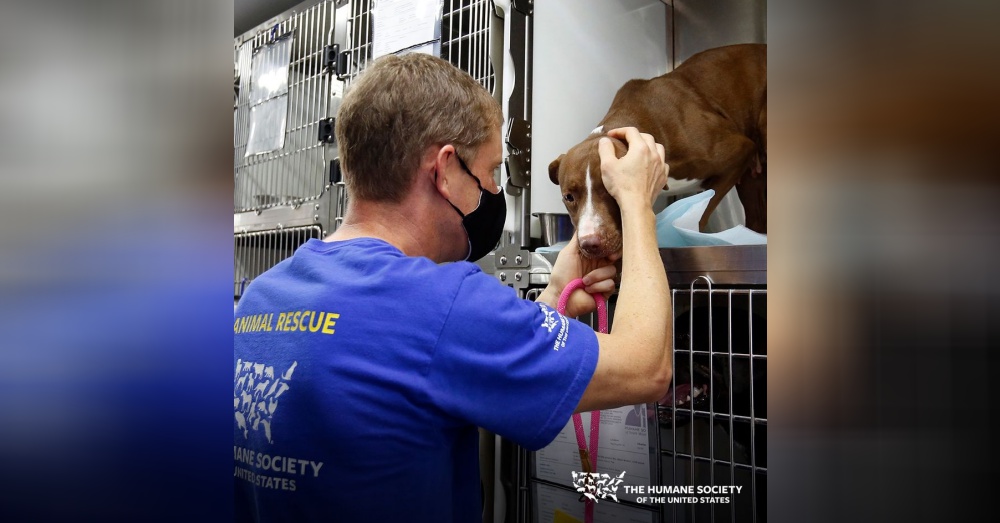 An additional 130 dogs and cats were rescued from Houston, Texas animal shelters and flown to Virginia thanks to Wings of Rescue and GreaterGood.org. “Many of these shelters are prone to flooding in the first place. There are literally animals in those conditions that potentially could drown,” said Richmond SPCA CEO Tamsen Kingry. “It relieves those shelters from the burden of caring for those animals during the storm, and it gives them the capacity – after the storm has passed – to come to the aid of pets who may have have been displaced as a result of the storm.” 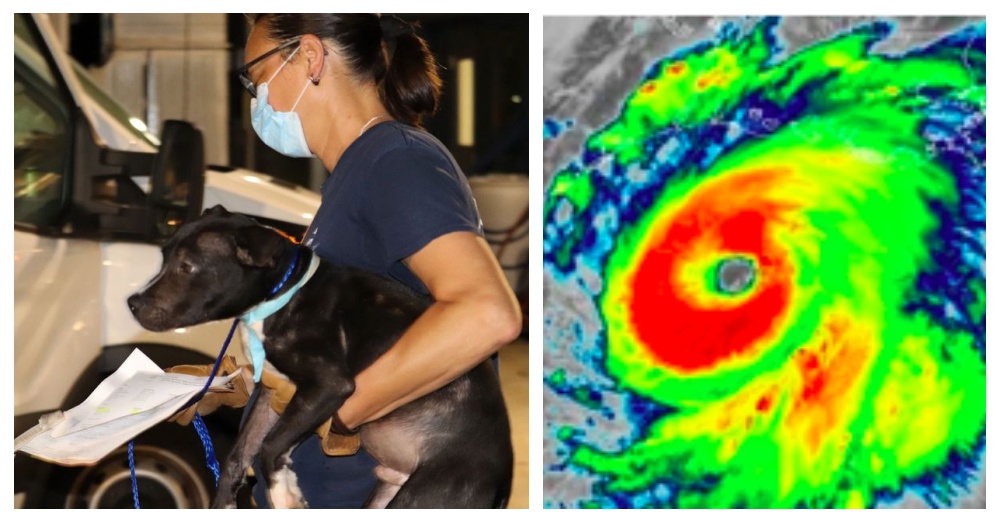 The impacted areas are still under threat from storm surge and flash flooding. “Unsurvivable storm surge with large and destructive waves will cause catastrophic damage from Sea Rim State Park, Texas, to Intracoastal City, Louisiana, including Calcasieu and Sabine Lakes,” stated National Hurricane Center. “This surge could penetrate up to 40 miles inland from the immediate coastline, and flood waters will not fully recede for several days after the storm. Only a few hours remain to protect life and property and all actions should be rushed to completion.”

Animal shelters in other states stepped up to help, even though many are still understaffed and near capacity due to COVID-19 pandemic. 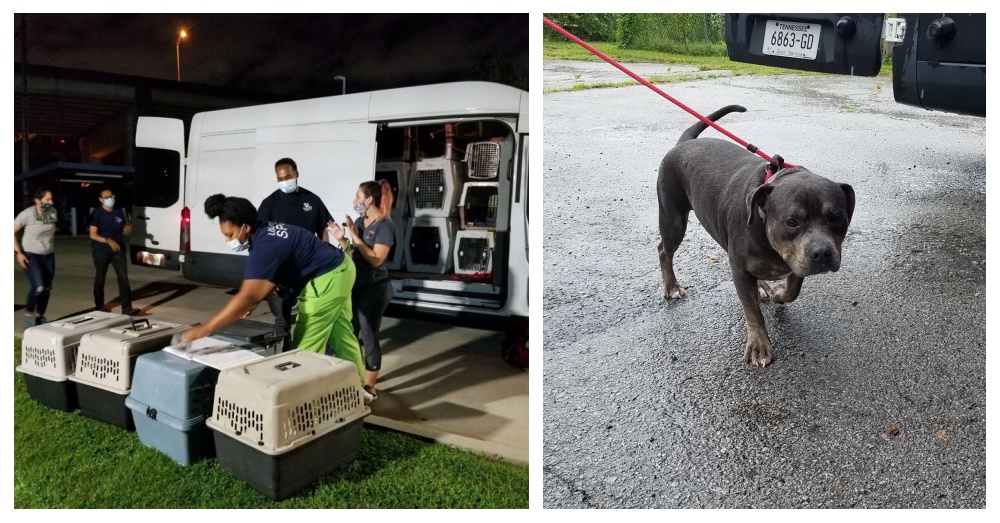 However, with more than 200 animals for adoption the shelter is near capacity. They are in desperate need of foster and forever homes and currently participating in “Clear the Shelters” event with reduced adoption fees to encourage people to adopt.

HSUS reminds pet owners to have an emergency pet kit ready for when natural disasters strike. 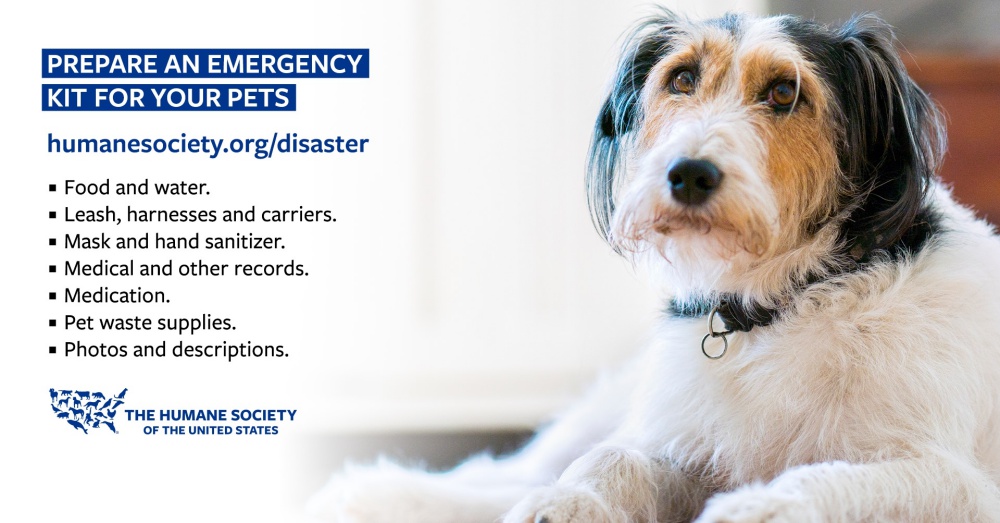 While hundreds of dogs and cats were evacuated in time, countless others will be in need of food, shelter, and possible medical care after the storm passes. Join us in helping care for people and pets affected by Hurricane Laura by donating here. 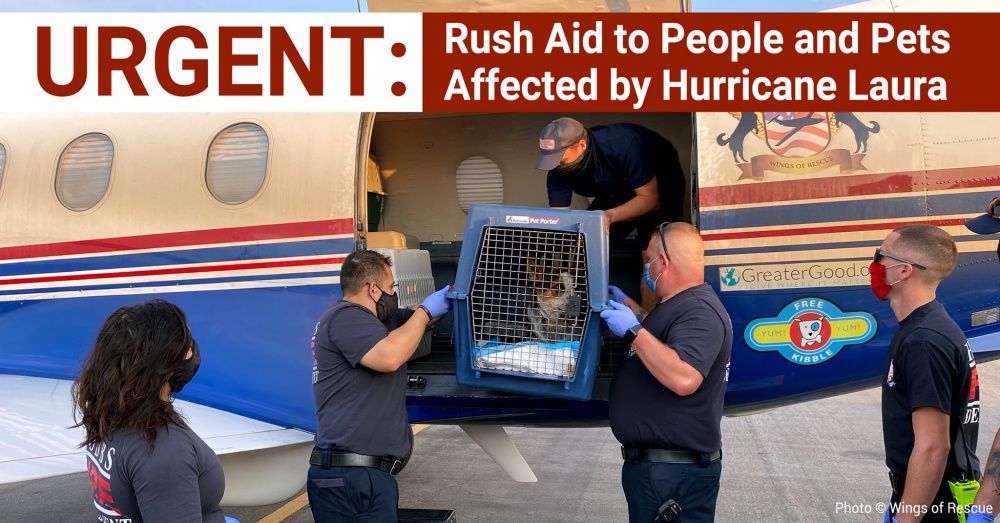 With your support, GreaterGood.org’s Disaster Response Team and our Rescue Bank program are swiftly working to provide emergency supplies for people and pets on the ground, transport pets to safety, and fund emergency medical care. If you can, please donate now!