When an elderly woman came upon hard times during the coronavirus pandemic, her first thought was for her beloved cat. “Emergency. Please Help,” the woman wrote in a letter addressed to the Nebraska Humane Society. And even though she could barely afford to eat, the woman still included a $19.25 check for her senior tabby’s licensing fee.

“She wanted us to pick up her cat because she couldn’t provide food for it,” an animal control officer, Misty Binau, told the Omaha World-Herald. Shelter workers called Binau to conduct a welfare check upon receiving the letter, but when she showed up at Omaha house bearing cat food and litter, Binau realized the situation was even worse than anyone expected. 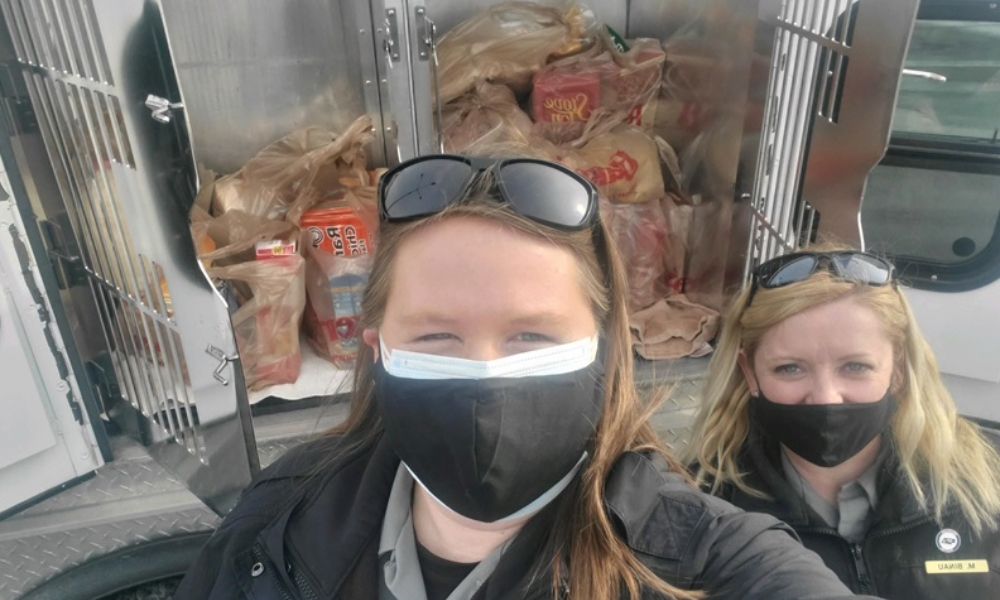 “She had me come into the kitchen, and she didn’t have any food in there,” Binau told the newspaper. “She had lost her phone — it had broke. She doesn’t have a car, and her daughter had passed away a few weeks ago.”

Binau quickly called the shelter’s field director, Kelli Brown, and the women decided to run to the grocery store, where they filled their cart with canned food, soups, and other food staples. But when they returned to the house, they discovered they now faced an additional challenge. The elderly woman’s home was now blanketed by a foot of snow, preventing the women from getting back inside. 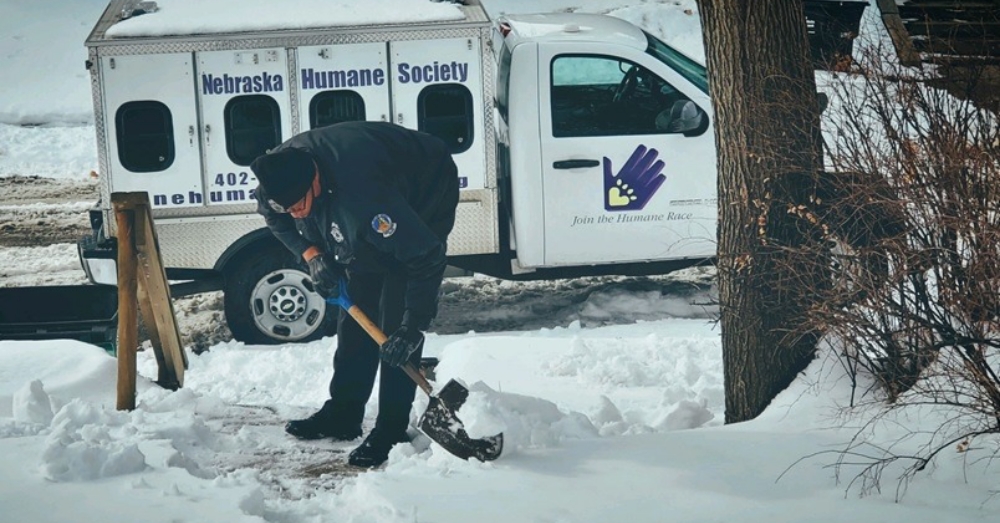 Thankfully, another colleague rushed over to help shovel the elderly woman’s walkway, allowing Binau and Brown to deliver their food. After re-stocking the woman’s cupboards, Binau also began contacting local food pantries to help deliver food on a regular basis.

“We’re not just about the pets, we’re about pets and owners as well,” said a spokeswoman from the Humane Society, explaining how many people mistakenly assume they need to surrender their animals when money gets tight. In fact, The Humane Society offers programs to help low-income pet owners struggling to feed and care for their pets, throwing a critical lifeline to pet owners and animals in times of financial hardship. (The shelter also quickly refunded the woman’s $19.25 check). 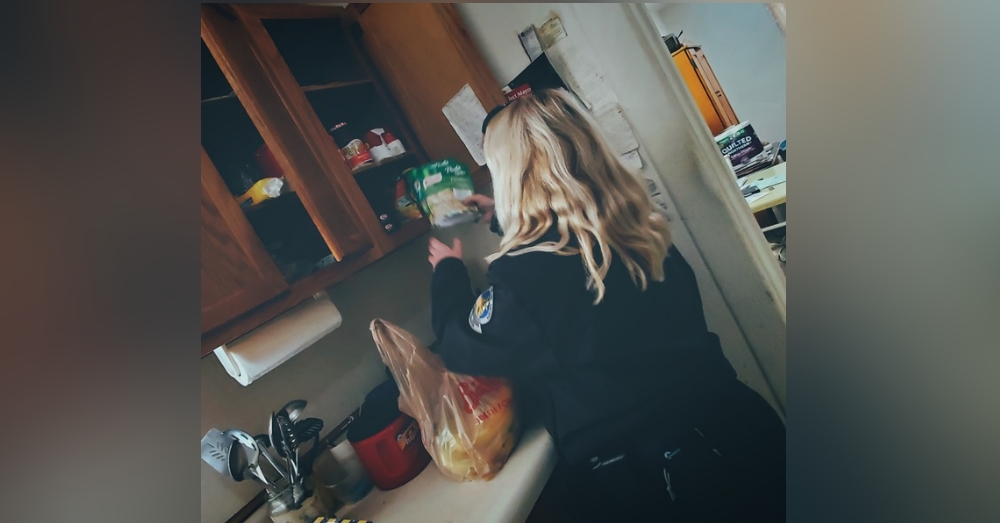 “It’s not something we can walk away from,” said Misty Binau, who (along with Brown) used her own money to buy groceries for stranger in need. But not only was Binau happy to help, she also plans to keep in touch. “I’m still going to go to check up on her and see how she is doing to make sure nobody falls through the cracks,” she said.

Contact your local Humane Society if you need help providing food or care for your pet. This heartwarming story shows there is always someone willing to help!

We want to give a shoutout to the NHS staff for doing something really special recently. An elderly woman mailed in…