This sweet pit bull mix is just as unique as his name. He arrived at CNY SPCA in Syracuse, New York, as a stray.

The big fella has quickly won the hearts of staff with his bigger than life personality and adorable looks. He loves to play fetch and was recently photographed playing with his favorite toy, a purple monkey. 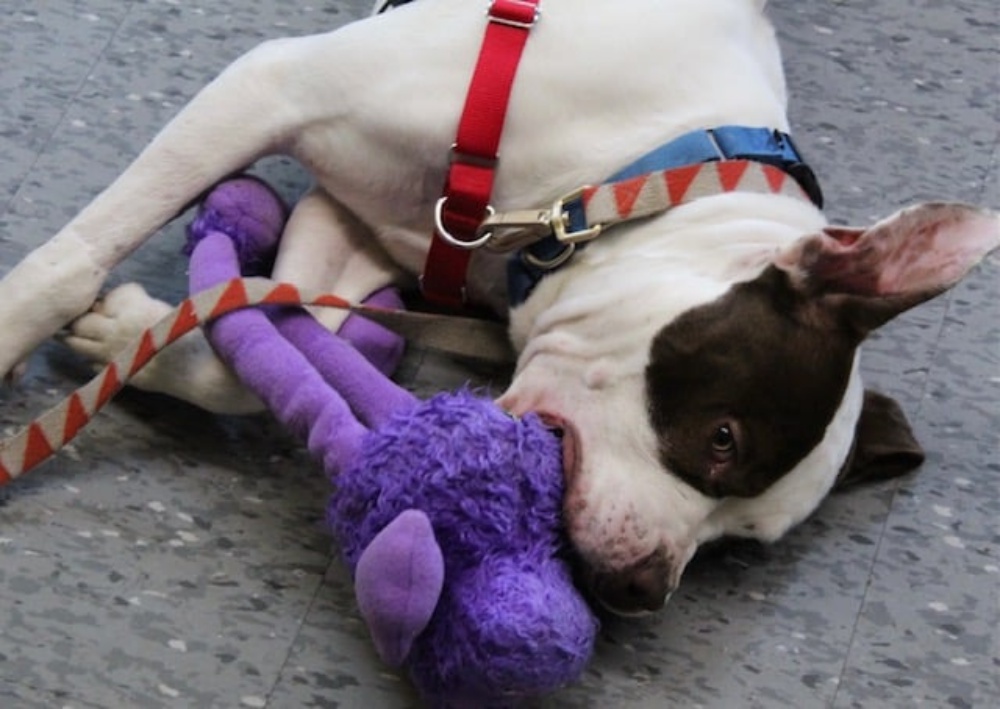 Garbanzo is treat-motivated and perfecting basic commands thanks to helpful humans.

His skills were put to the test when the Easter Bunny stopped by the shelter with a special surprise. 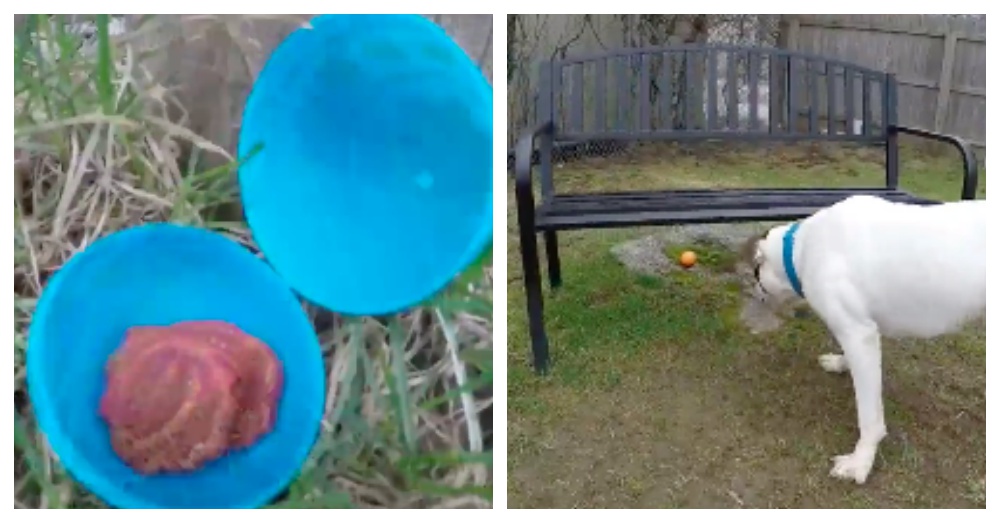 Eggs filled with tasty treats were hidden in the play yard for him to find. The smart pup used his powerful nose to sniff out all the eggs and devoured the snacks inside. 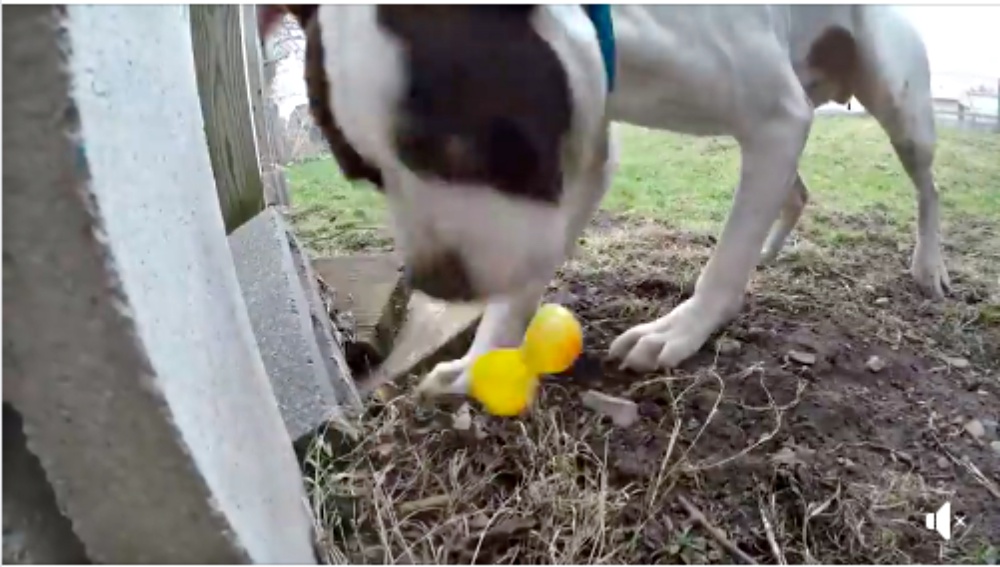 He even dove his head into the basket to make sure he didn’t miss a treat.

While he’s enjoying all the attention and love from staff, he longs for a family of his own. 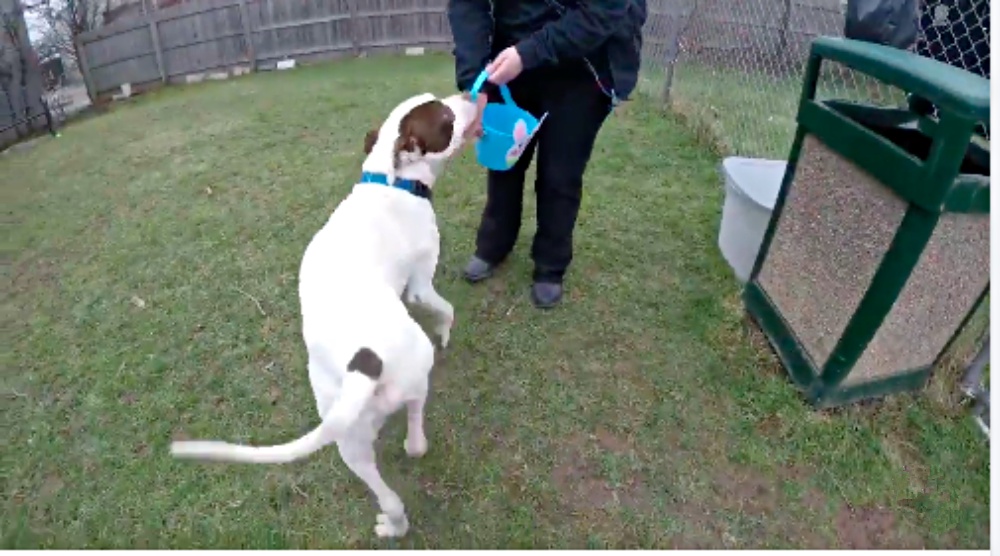 Garbanzo’s ideal forever home would be with an active family with children over the age of ten. Due to his size and exuberance, he may be a little too much for little kids.

Anyone interested in adopting Garbanzo can email sm@cnyspca.org to set up a time to meet him. Adopt don’t shop!